I did not realize a jalapeño-creamcheese-bacon-wrapped hotdog with grilled onions, served from a cart parked in front of a car wash on the east side of Puerto Peñasco, was a taste I’d been craving during several months of isolation. Yet, apparently it was.

Just before the intersection of Simon Morua and Blvd. Josefa Ortiz, from 4 pm to midnight you can find SINNY Dogs in the driveway of Car Envy car wash. Another marker is it is just about across the street from one of Peñasco’s plethora of Oxxo. 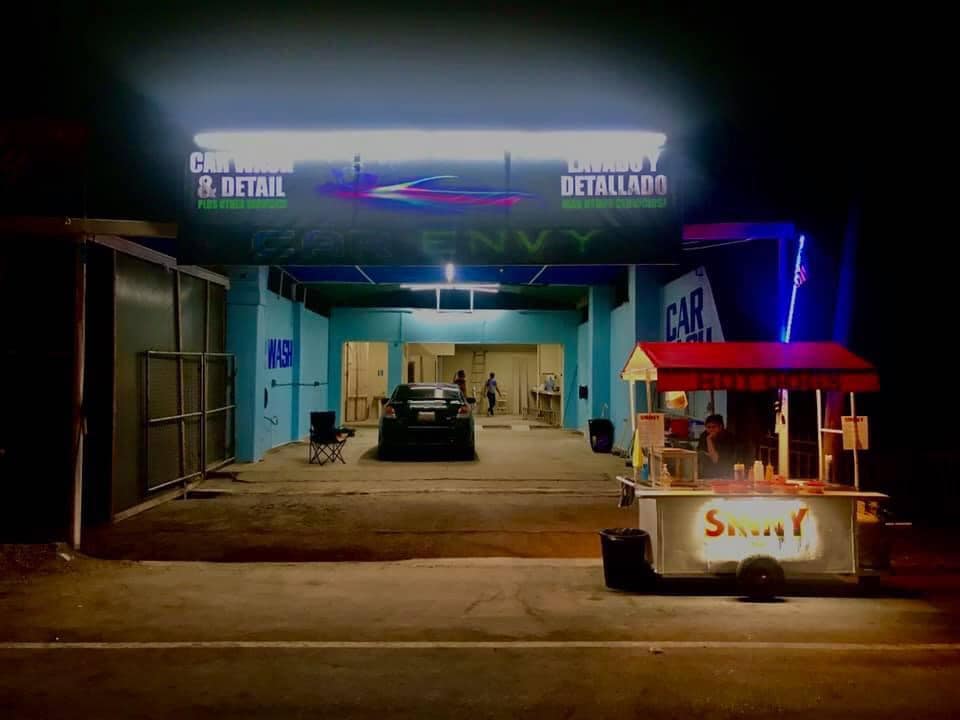 When I first saw the SINNY logo splash across my Facebook page in early October, I secretly came to the conclusion it was a twist on the Sonora dog. As José is originally from Sinaloa, I thought it would be a Sinaloa take on the bacon-wrapped desert classic. I was partly right. Upon further inspection of the logo, or if I had taken a moment to put on my glasses at first glance, the faint outline of a New York City skyline slinks its way onto the image. 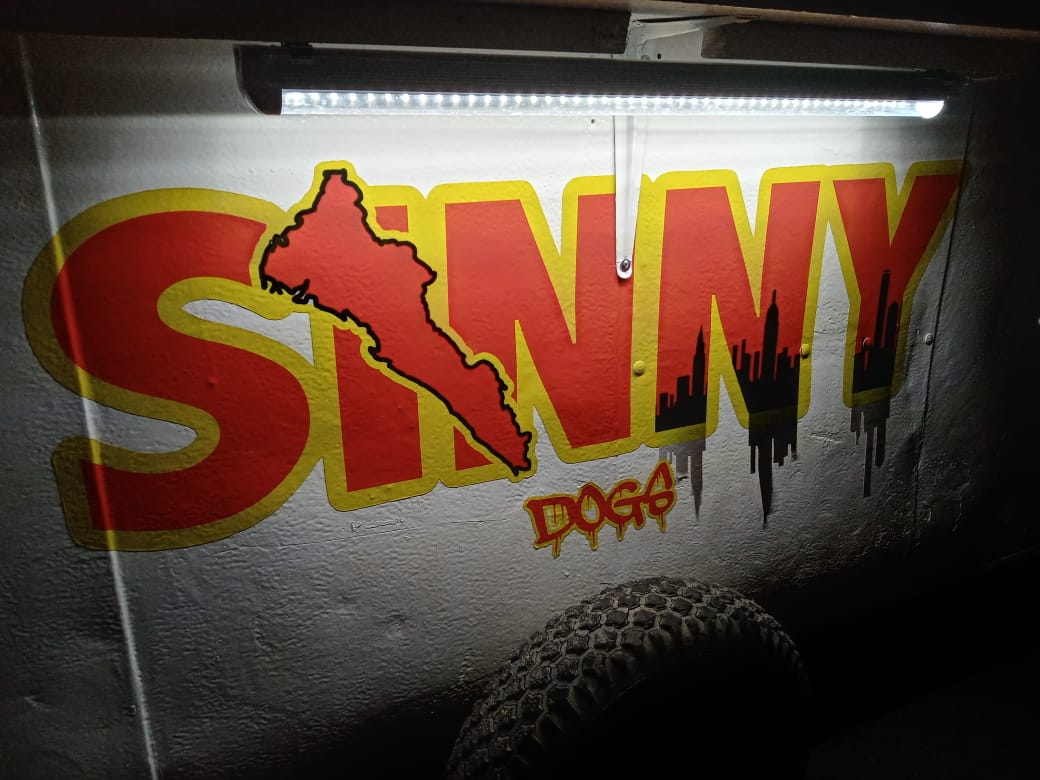 José, a friendly face for several years behind the bar at many a watering hole in Rocky Point, explains, “So, my partner Cash is from the Bronx, New York, and I’m originally from Sinaloa. When we were coming up with a name we thought “how can we put this together?” – so we’ve got SIN …and NY … SINNY dogs. It’s a hot-dog joint.”

Here I thought it was about the sinful combination of bacon, beef, jalapeños, and cream cheese.  Or, possibly the tempting “Huevón”, which is also a bacon-wrapped beef dog but topped with an egg cooked to order.  Don’t worry, SINNY also has the traditional Sonoran dog and keeps adding street-side deliciousness to their menu, particularly for egg lovers. Just recently they introduced “salchipapas” – or rather, fries and bacon-wrapped hot dog topped in nacho cheese…and an egg.

Go ahead, dig in!