In promoting the over 30-year-old initiative of Rotary International in working towards the eradication of polio across the globe, in recent years activities surrounding “The World’s Greatest Meal” (wgmeal.com) have become successful fundraising events for the efforts of Polio Plus. For the past three years, Puerto Peñasco has been front and center in this effort!

On October 24th, members from the local “Mar de Peñasco” Rotary Club hosted their third annual “World’s Greatest Meal” in Puerto Peñasco, this time at Quinta Ventura in the early evening, along with the presence of nearly 200 friends, family, and guests who shared in the now traditional night in honor of World Polio Day.

In addition to dining for an important cause, the night offered music, raffles, and a great buffet, which was enjoyed by locals and Americans alike who attended the event.   Raffle prizes included a gift certificate to Fabiola’s boutique in the area of the curios shops, a spa package from Sonoran Spa, a vacation cabin stay in Christopher Creek, AZ, and registration into the 1st Rotary Charity Golf Tournament (to be held March 30, 2019).

Before the evening concluded, dinner guest Francisco Bercovich chose to share his story of growing up with polio prior to its eradication in Mexico in 1980.  He expressed appreciation for the ongoing efforts of Rotary in the effort to rid the world of polio.

Proceeds from this year’s World’s Greatest Meal surpassed the club’s initial goal of $3500 USD, by totaling $3,525 USD and 7,185 pesos from ticket and beverage sales. In addition, extra donations made the evening of the dinner contributed another $857 USD and $3,600 pesos to the club’s efforts, making the night a complete success!

Part of the funds raised from the recent event will go to the POLIO PLUS program of Rotary International, which in turn is then tripled by the Bill & Melinda Gates Foundation.  Remaining amounts from the evening will assist the local Rotary Club participate in both District and Global Grant programs, allowing them to develop more projects to benefit the community.

In addition to contributions of all local Rotary Club members in gathering ingredients for the evening’s dinner, further appreciation is extended to the following sponsors and contributors: 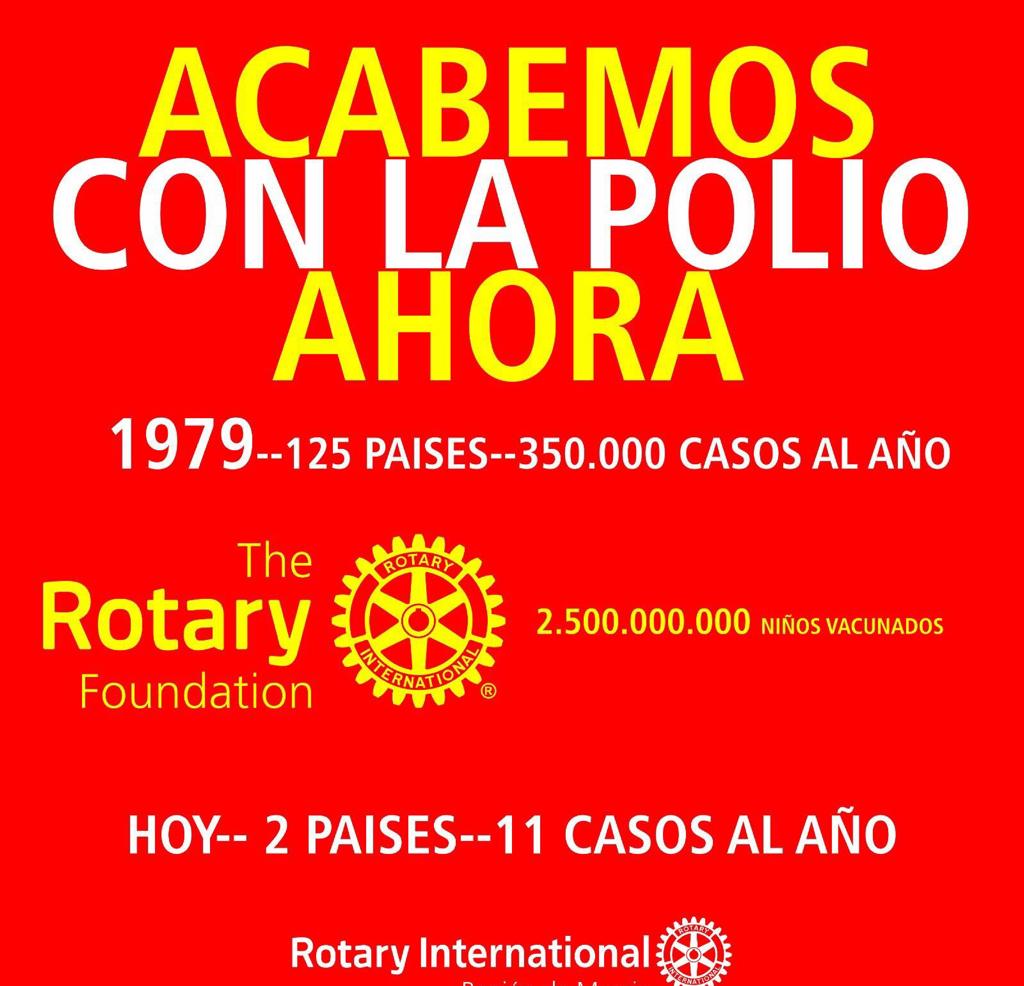 Since the launch of Rotary International’s POLIO PLUS program in 1985, cases of poliomyelitis have diminished 99%. In 1979, for example, it there were an estimated 350,000 cases of polio reported in over 125 countries, compared to 11 cases yearly reported last year in 2 countries.

Over 16 million people that are able to walk today would never have been able to without these efforts.  In addition, it is calculated that 1.5 million deaths have been prevented thanks to the systematic administering of Vitamin A during immunization activities against Poliomyelitis.