Roger Clyne & the Peacemakers return to Puerto Peñasco this coming weekend for a 12th year of January Jam, marking the launch of their 2020 tour! What began in 2007 with a relatively impromptu concert at JJ’s Cantina following the recording of RCPM’s “Turbo Ocho” album in a makeshift studio in Cholla Bay, January Jam has spread its musical prowess to venues across Puerto Peñasco, and even the golf course! This year also welcomes back Jan Jam Baseball Slam, with games and a home run derby to take place at the main Francisco Leon Garcia stadium.

Roger Clyne & the Peacemakers’ January Jam is a not-to-miss weekend of music and amigos, tequila and golf, plus fiesta and friendship along the shores of the Sea of Cortez in Puerto Peñasco.  According to the latest info from RCPM, Andrew Leahey has been added to the line up and will play at Banditos Friday at 2pm as well as Al Capone’s Saturday at 10am. Plus, Jason Boots will be joining the Jam! He’ll do a solo set inside Banditos Saturday at 4:30pm and likely popping up on stage with RCPM throughout the weekend.

Discounted advance purchase sales for 2020 January Jam will end Thursday, January 16 at 11:30pm AZ time. Ticket prices to increase both online and at the door in Mexico beginning at midnight on January 17. Save money and time in line by buying tickets in advance at JanuaryJam.net.

Don’t forget, as part of RCPM’s efforts to give back to the communit of Puerto Peñasco, raffle tickets will be available at all January Jam events so you can get in on unique experiences, Circus Mexicus VIP tickets, donated art, signed Dbacks merchandise, and more. Proceeds stay in Puerto Peñasco to support multiple initiatives supported by RCPM annually. 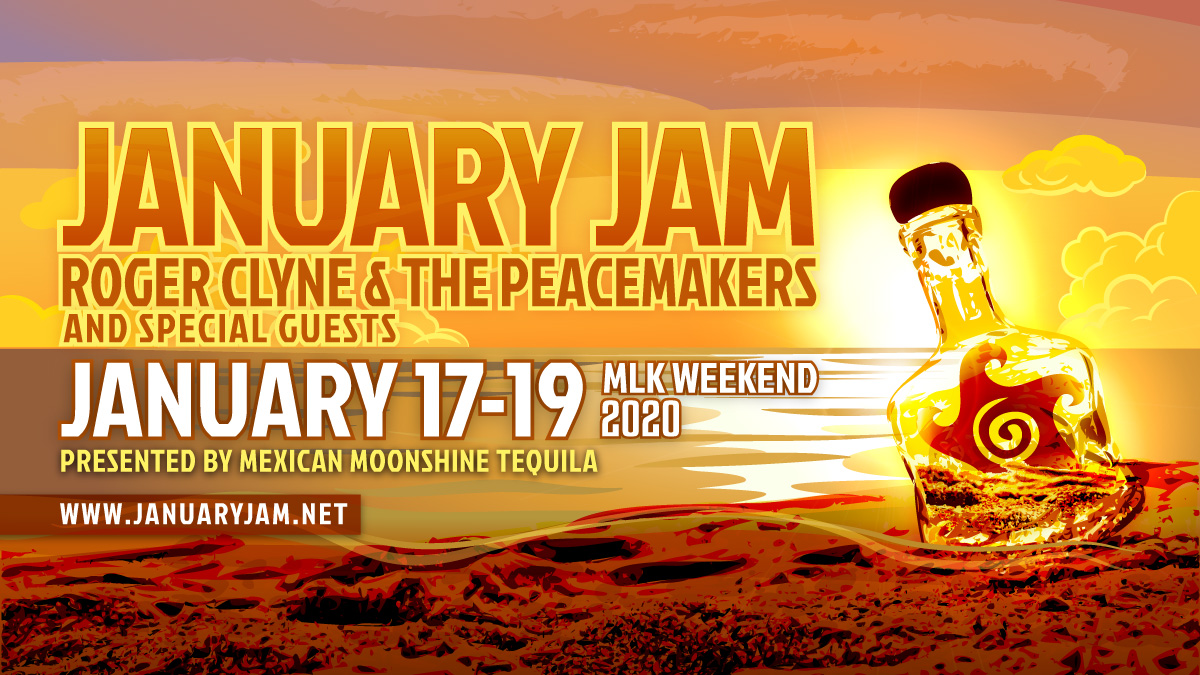