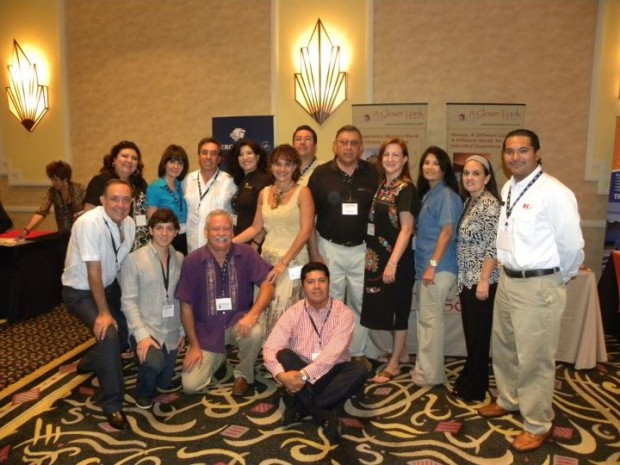 In mid-July, Puerto Peñasco had a definite presence at Fiesta in the Desert IX in Arizona, organized by the Arizona Chapter of the American Society of Travel Agents (ASTA).  The event, aimed at highlighting options to various travel partners, included a tradeshow, seminars, and special presentations.
Russ Black, of Peñasco Recreation, and his wife Naomi had a stand at the event and tell us that it “was a resounding success!”  In speaking with Arizona based travel agents, Russ and Naomi report that “for the most part, [they] are very positive about Mexico in general; and specifically interested in Puerto Peñasco as a destination…”
Javier Muñoz of the Puerto Peñasco Convention and Visitors Bureau (OCV) also participated in the Fiesta in the Desert gathering and mentioned it was beneficial to have both the OCV and Peñasco Recreation on hand, as this expanded the depth and breadth of the information available regarding Puerto Peñasco.
Among the valuable presenters was Mr. Jorge Gamboa of the Mexico Tourism Board. Russ explains, “Mr. Gamboa had the special privilege to speak at the luncheon to the entire group about travel to Mexico and why this is the time to sell packages to Mexico.  After opening his presentation with a traditional Mexican song, he had a captive audience as he did a fantastic job explaining to these agents why they should sell Mexico!” It is worth adding that in August, the Mexico Tourism Board was also honored by luxury travel network, Virtuoso, with the first-ever “Virtuoso Tourism Board of the Year” award. 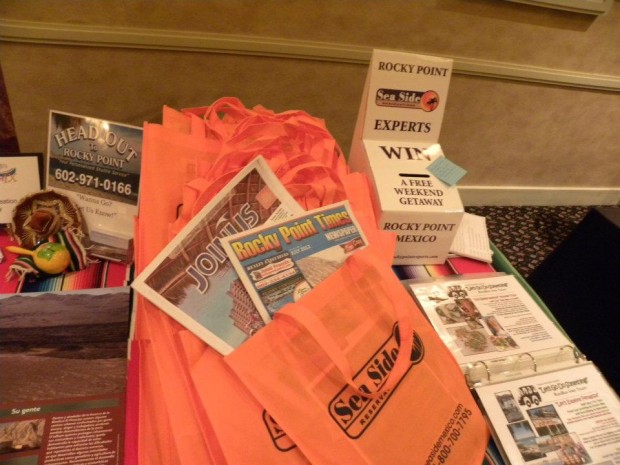 Following their successful participation at the ASTA Fiesta in the Desert, Peñasco Recreation is now planning to develop “Get to know Rocky Point!” tours for travel agents as a way to “give them a ground level tour of everything that Peñasco has to offer for the traveling public.”
“One interesting piece of trivia that was brought out at the meeting,” Russ details, “is that 97% of first time travelers to Mexico will recommend it as a travel destination and plan to come back to Mexico again!”
Photos: Courtesy of Russ Black