From the time I was very young I’ve had a natural interest in music, but it was not revealed to me as a life´s driving passion until the miraculous night when I discovered the soul of the cello in Carlos Prieto´s hands. It was a revelation that left me infected forever after with the mysteries of music and the joy of a great friend – Gabriel García Márquez 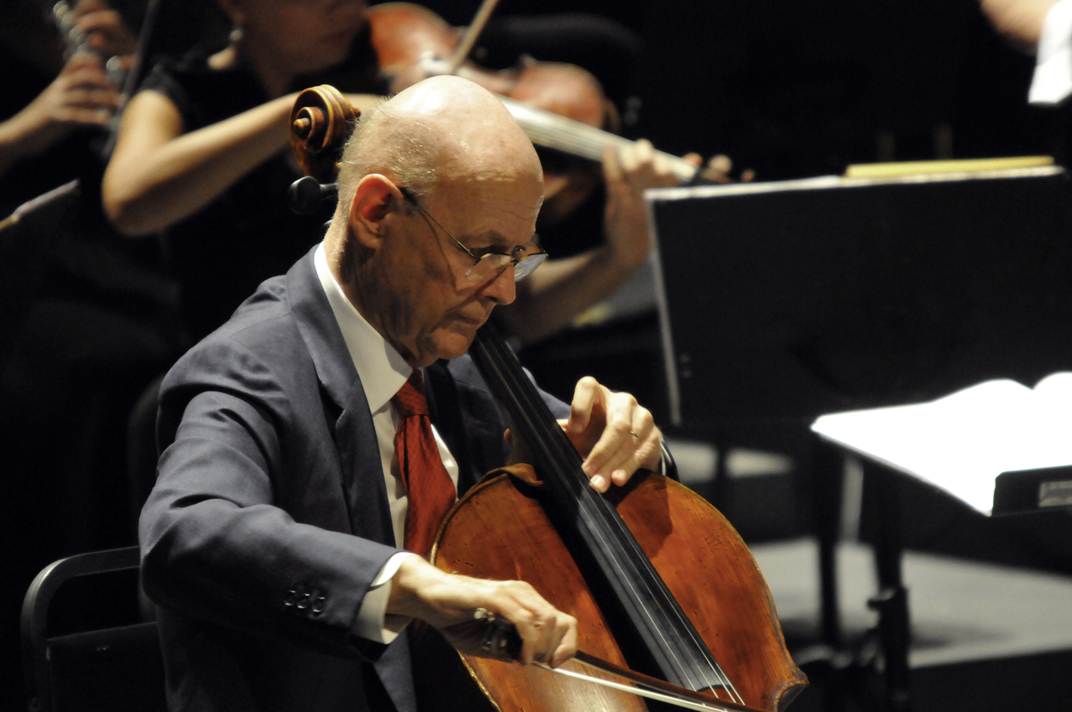 Coinciding with the first day of Spring and the much honored Día de San Juan, the International Day of Music was vigorously celebrated in Hermosillo from June 21st through the 24th. The objective of this year’s celebrations was to acknowledge and extend the musical and cultural legacy of Emiliana de Zubeldía and Augusto Novaro. World renowned Mexican cellist Carlos Prieto was on hand to close out the event on Monday, June 24th. Earlier that day, Rocky Point 360 had the pleasure of joining ISC collaborator Carlos Sánchez for an interview with the globally-acclaimed cellist.

Here are excerpts from that interview (from the Sonoran Institute of Culture [ISC]):

— How do you feel about coming to Hermosillo to participate in the International Day of Music?

— To begin with, I am honored to say I have had the fortune to come to Sonora frequently. I have traveled through many parts of the State and I like it very much. I have now come to play at the closing performance of the International Day of Music…it has been an honor for me to participate in the closing, playing Dvorák for cello and orchestra, which is one of the most important pieces for cello.

— In 2007 you received the Alfonso Ortiz Tirado Medal during the Festival of the same name (FAOT). What is your opinion as to the importance of this festival?

— I believe it is of tremendous importance because it is the principal festival of its kind in this part of the country, not just Sonora but rather in the region. A number of years ago I was given the Ortiz Tirado Medal. I commented to the director of culture at that time (Fernando Tapia Grijalva) there must have been an error because I knew the norms dictated this was exclusively given to distinguished individuals from Sonora. I told him, “I am not from Sonora,” to which he replied, “We are beginning to broaden the granting of the award, beginning with you, to not only grant it to those from Sonora.” It was a great honor for me to receive this award in Alamos. I have been to Alamos on various occasions and I once played a concert for cello and orchestra in Alamos, dedicated to me by a very distinguished German composer, Arturo Márquez.

— What does the cello mean for you?

— The cello is a fundamental point in my life.

— How old were when the cello came into your life?

— I began to study cello when I was four, and by the time I was six or seven I played with quartets; at 13 or 14 I had already performed a number of concerts, including concerts with orchestras.

— The cello has surely brought you many emotions. Is there one that comes to mind that you can share with us?

— What is very present for me is the cello that I customarily play. I became so interested in its existence that I dedicated several years to write about and research the life of this cello, as if I were a detective. I researched its life in grand detail, from the 21st century back to its birth in 1720. From there sprung forth a book entitled Las aventuras de un violonchelo (CONACULTA, 1998) [The Adventures of a Cello – also available in English], which is enriched with each tour I do.

— With respect to literature, what importance does this have in your life?

— It is of great importance. I have been a tremendous reader for many years, in many languages, and I have written a good number of books. To my great surprise, two years ago I was named a Member of the Academia Mexicana de la Lengua (Mexican Academy of Language), and last year the Ecuatorian Academy of Language named me as an Honorary Member. Literature is also a fundamental part of my life.