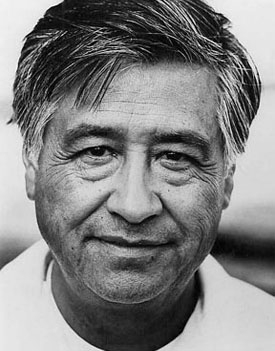 Just weeks after the honoring of Cesar Chavez’s birthday in the US (who would have been 85), Mexican actor and film maker Diego Luna is planning to make a film commemorating the life of Chavez, one of the cofounders of the United Farm Workers Organizing Committee. Luna’s casting directors are traveling across Sonora in search of actors and extras to work on the film. After first spending time in Hermosillo,  there will be castings for “American” characters (100% English, 25 years old and up) here in Puerto Peñasco this weekend April 14th & 15th from 11 a.m. – 6 p.m  at the offices of the Convention and Visitors Bureau (Plaza Fremont) in front of Bancomer bank on Blvd. Fremont. (Look for the door with a seal and Puerto Peñasco logo). Think you’ve got what it takes to be in Chavez? Here’s a description of what they’re looking for:

* Film to be done in Sonora
* Filming starts April 30 and wraps in July
* Looking for characters – not extras
* Paid
* 100% English necessary, US (American accent) preferred
* No appt. needed, just come to the Convention and Visitors Bureau (Plaza Fremont) on the 14th or 15th during the indicated times  *For more information call Sami: 638 380 8849  or email  info@rockypoint360.com

It’s worth remembering that Puerto Peñasco is no stranger to filming, including being the background for various Mexican telenovelas (soap operas), as well as for the 2006 film Babel (to which we can give thanks for the small checkpoint on the way to Caborca just past Mayan Palace). Plus, the malecón was just recently the subject for the 1st Film Workshop ever to be held here in town.   SI SE PUEDE!