Puerto Peñasco will be holding its traditional Day of the Dead Altar and Catrina contests for a 6th consecutive year, though this time under specific health protocols, explained Municipal Art and Culture Director Beatriz Salido Macías.

The contests, set for Oct. 31st, help preserve Mexican traditions while encouraging community participation in recreational and cultural activities, noted Salido Macías.  One notable difference this year is that Casa Juarez (across from City Hall) will serve as the background for the altars, rather than Calle 32 (also known as “Rodeo Rd”). In addition, only participants and judges will take part in the catrina contest at the Municipal Auditorium next to Casa Juárez, which will be broadcast over social networks.

4 p.m. – Participants can set up altars within Casa Juárez

9 p.m. – Catrina contest and awards broadcast on Facebook from Municipal Auditorium  (event to be recorded in advance)

Anyone wanting to participate in the altar or catrina contests can register at the Office of Art & Culture now through Oct. 30th during office hours from 8 am – 6 pm. For more information, call:  638 388 6375 or visit the Facebook page Dirección de Arte y Cultura  Registration is free. Cash prizes. 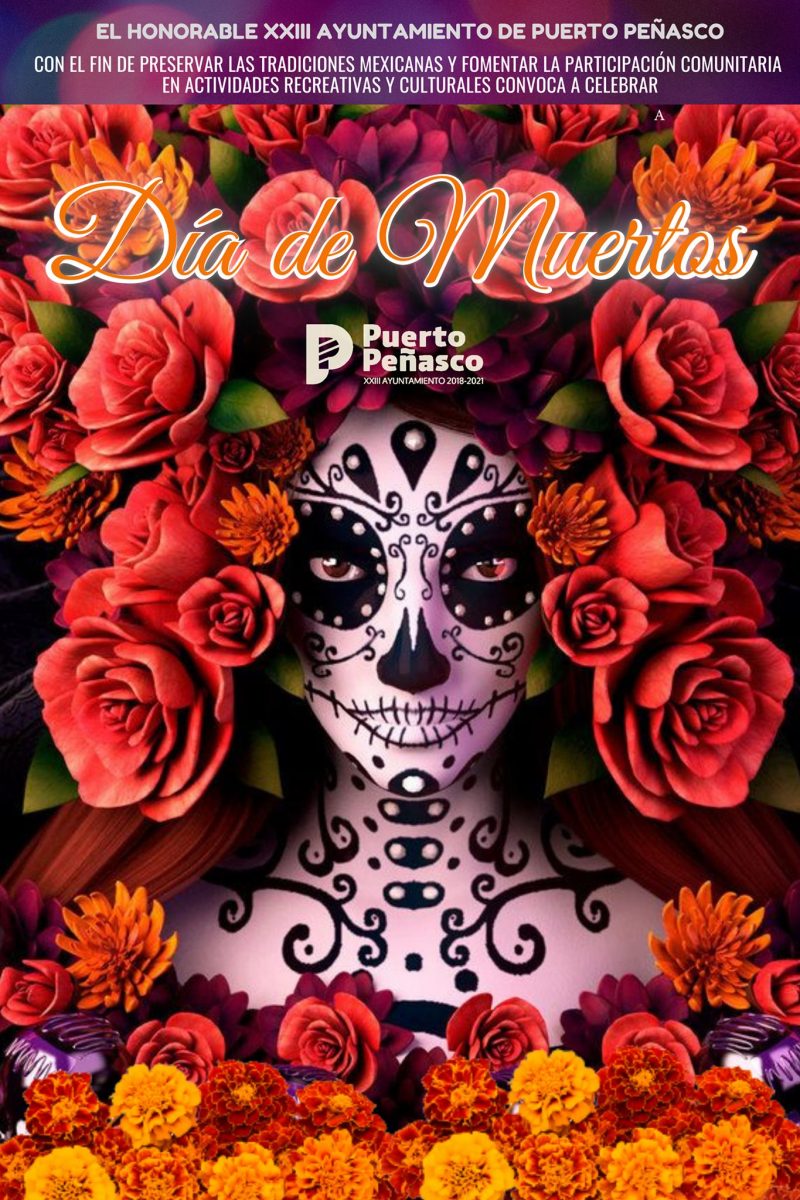