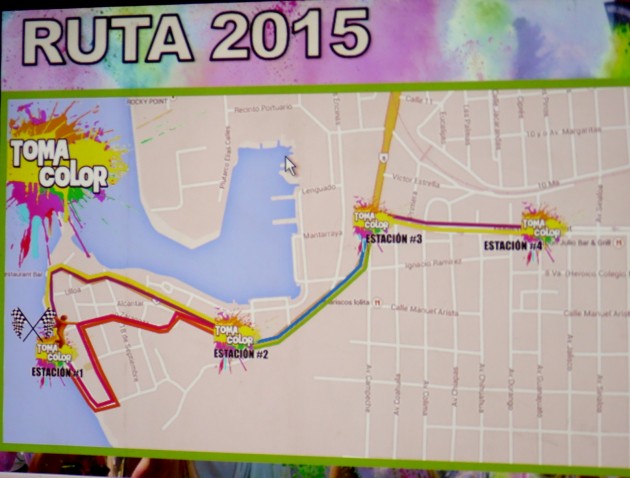 April 12th will see a burst of color along the streets of Puerto Peñasco during the 2nd edition of Toma Color (Puerto Peñasco’s own version of the popular “color run”). Last year, the family-friendly, colorful, open to all ages and abilities event raised $120,000 pesos for the local Dialysis Center. This year, Toma Color organizers have chosen to donate funds raised to CAM La Montaña school for children with special needs. Additional changes for this year’s event include the race path itself, which will start and end in the malecón, as well as the possibility for participants to take part in either a 5K or 10K.

The 2015 Toma Color will take place Sunday, April 12th and Registration is open as of Feb. 15th at Puerto Viejo Café in the Old Port (across from Thrifty and catty-corner to the church): 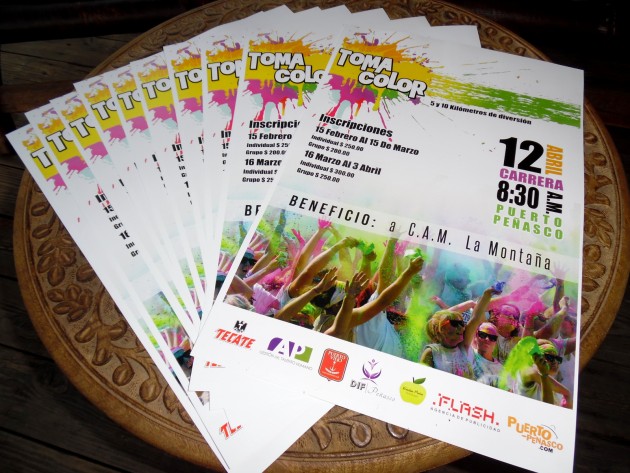 Each registrant will receive a t-shirt, glasses, and race number. As illustrated last year, during the inaugural Toma Color held in late March, the most popular way to race around town appears to be in groups of 10 – getting doused in a myriad of colors as the route progresses.

Organizers, who include a variety of young business professionals in town, explain sponsors for the 2015 Toma Color are still welcome, which will help address production costs and assure as much money as possible raised through registration goes to La Montaña.

For more information on participation, or to become a sponsor:  tomacolorpenasco@gmail.com   Gallery from 2014 –> Click here 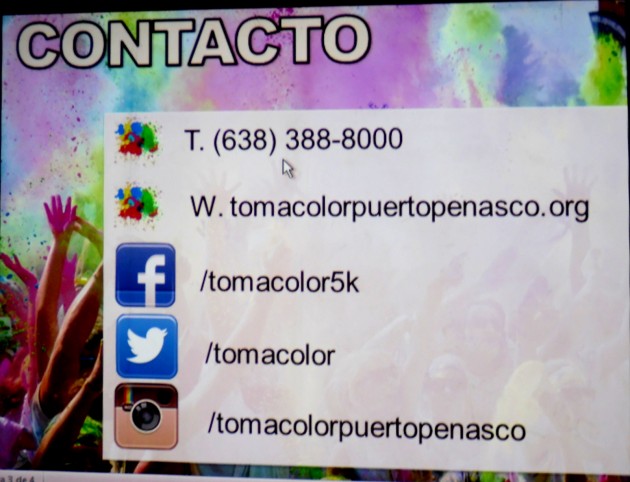