Marathonist Daniel Almanza of the Super Human Project made his way to Puerto Peñasco as he sped through the Sonoran desert on his journey across Mexico, from Los Cabos to Quintana in 100 days.

After embarking on this trek, the athlete from Nuevo Leon has already seen some of the most beautiful corners of Baja California Sur, Baja California Norte and now Sonora. In addition to promoting the beauty of Mexico, Almanza aims to gather material for a Food Bank program, and promote athletics while documenting the entire route for a film project that could be broadcast on Netflix. 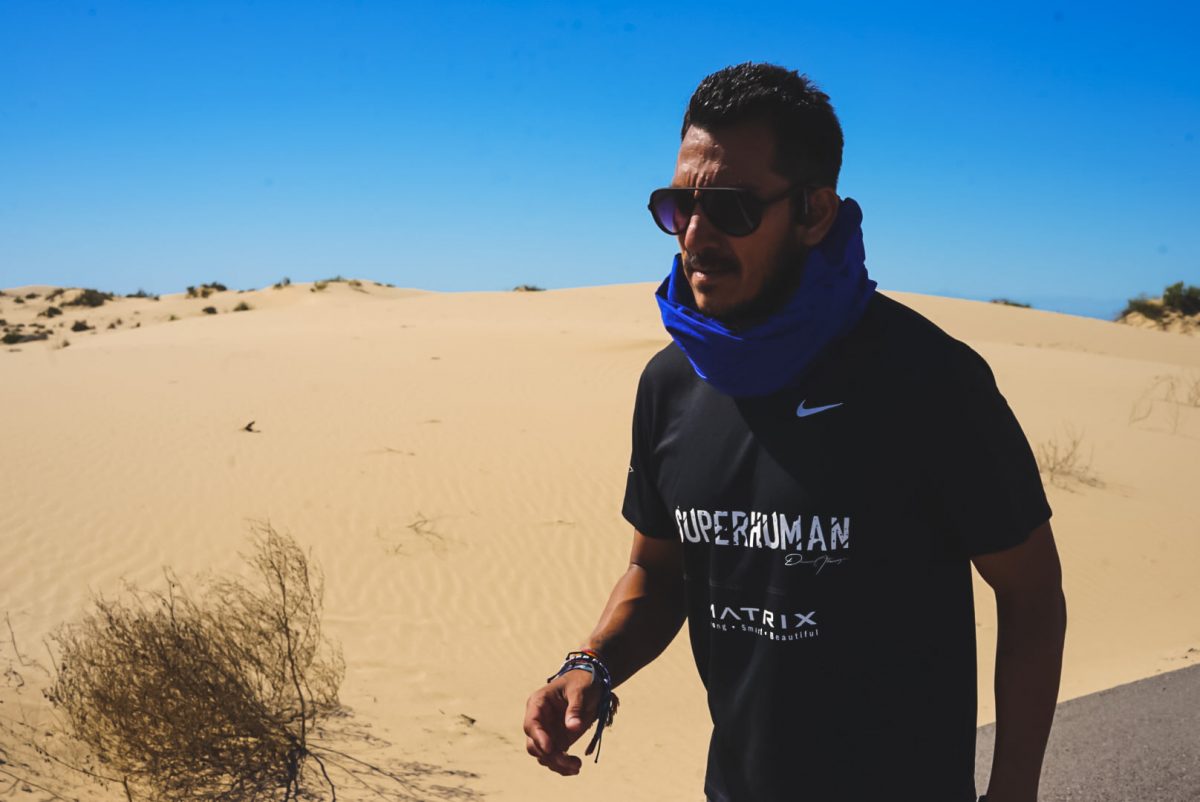 During his short jaunt through Puerto Peñasco, Daniel visited several emblematic local sites including the malecón in the Old Port, salt flats, as well as the Pinacate Biosphere Reserve, which he had been eager to see.  Almanza detailed preparation for the 6000 KM run across Mexico, which will take him through 21 states, has been a challenge both physically and mentally.

“I have come across contrasts in running along the coast, mountain ranges, windy and hot desert landscapes; it’s a different environment. We’ve been in magical pueblos, land grant expanses, and several impressive tourism spots, including virgin areas that are sure to becoming tourist booms. We’ve been treated wonderfully in Puerto Peñasco, and I’m really happy to be here,” remarked the Mexican marathoner.

The “Super Human” explained the project bears this name as the idea is to spread a message that each of us can be super humans while pushing our goals to the extreme, such as this run. 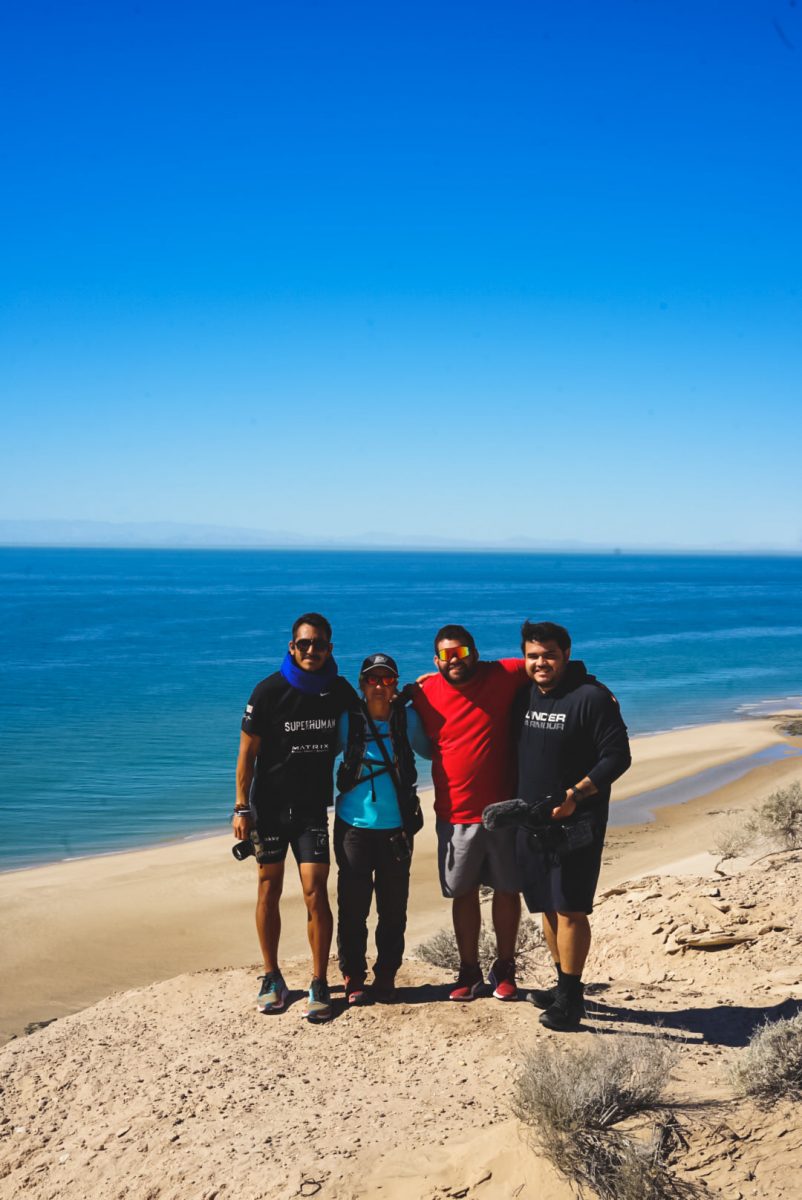 Daniel Almanza is also the only Mexican marathonist to run an international ultra-marathon series, the “Continental Challenge”, which included preparation in Vietnam, Bolivia, and Mozambique.

With over 15 years’ experience as a marathon runner, Almanza’s current path will take him through other cities in Sonora, and across various states as he overcomes the highs and lows over such a rugged journey. The goal is to culminate the run on day 100 at the southern tip of Mexico in Quintana Roo. The support and encouragement of the Ministry of Tourism, city officials, fellow athletes, and individuals cheering him along the way is inspiring, and above all the will and strength to successfully carry out the Super Human project. 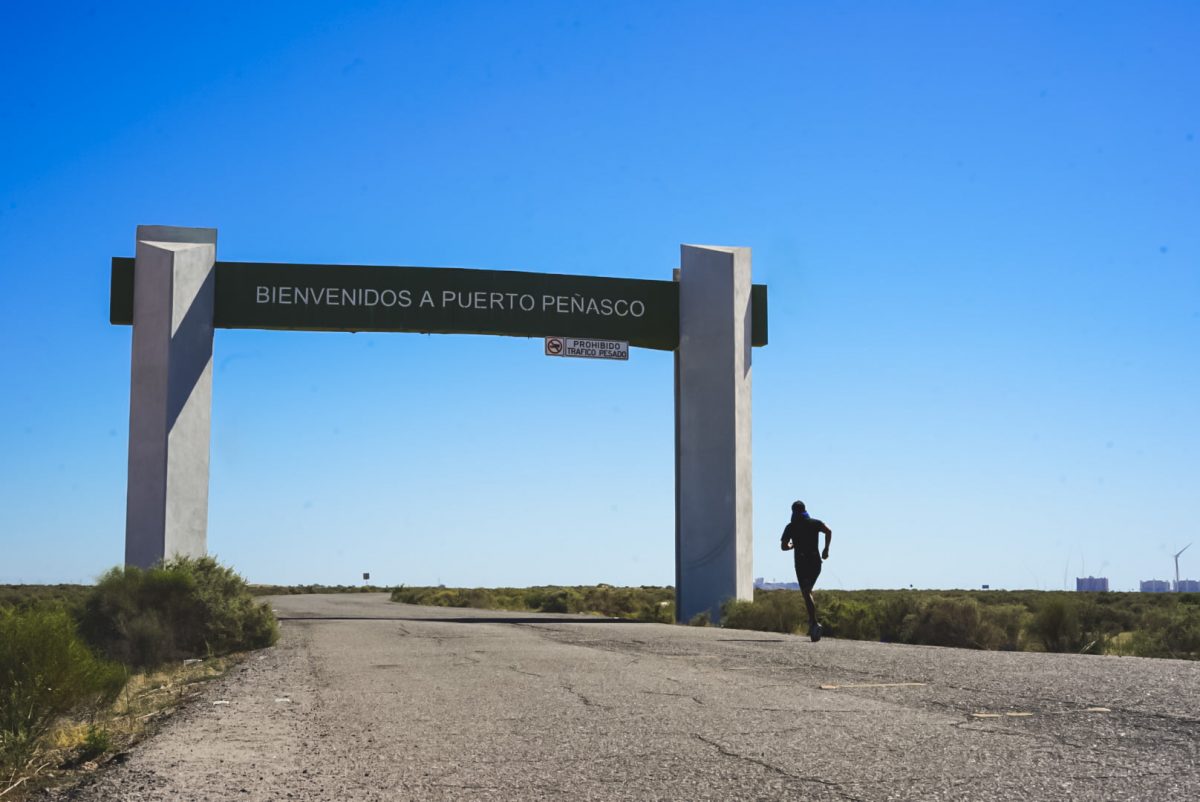