For most travelers, the road to Puerto Peñasco invariably goes through the small border town of Plutarco Elías Calles, best known as Sonoyta. Other than running by Vasquez Licores in the center of town for gifts and souvenirs, or a snack-run to Circle K right near the turn off to Highway 2, for those of us who are Puerto Peñasco bound rarely do we spend much time in what really is a main vein connecting Northwestern Mexico to the center of the country.  Whether over shortcuts, or along the main drive through town, many adventures in Mexico begin as one winds through Sonoyta, often stopping to toss in change in a collection bucket for the Red Cross, a family gathering funds for a surgery, or for the ongoing efforts of the Sonoyta DIF office.

In anticipating the arrival of 16 rigs from the Fantasy RV group, and after contemplating the road to Rocky Point and its route through Sonoyta, Russ and Naomi Black of Peñasco Recreation, Co. were struck with the idea of giving back to Puerto Peñasco’s “sister-city in the desert” through a donation to the Sonoyta DIF offices (Office on Integral Family Development).  Russ and Naomi explain that years ago they used to lead RV caravans through the bustling city of Hermosillo, at which time they received assistance from the city in closing off roads temporarily as the traveling vacation casitas made their way to San Carlos or Bahía Kino. They thought this same idea could be implemented in Sonoyta for adventurers headed toward Puerto Peñasco’s shores.

With this in mind, Russ approached city officials in Sonoyta to express his desire to present a donation to the DIF while taking steps for the RV parade to make it through town as one.  Sonoyta DIF President Mrs. Karla Arias de Ramírez welcomed the idea and helped make arrangements for the Fantasy RVers to receive a police escort from just past the border crossing all the way through town.

On Monday, March 4th, with Peñasco Recreation at the front of the “parade”, Sonoyta DIF warmly welcomed the RV travelers and thanked them for their gracious contribution to the community of Sonoyta.  A patrol car moved into position, and with lights flashing swiftly guided the Fantasy group down past the Highway 2 turn-off (which was closed off just for the group’s passage), over the bridge, and safely through town.

Black explains, “It’s not dangerous at all, we just wanted to get through town with all the rigs so as not to cause a traffic back-up so the city kindly assisted us, it was great!”  He went on to say, “Fantasy RV Tours, one of the largest tour providers in the USA recently contacted us at Peñasco Recreation to help their clients do as much as they could while visiting our little sea side town.   The cool thing about this group is that it’s not all about them.  Fantasy RV Tours has taken this one step further by donating funds to the border town of Sonoyta and its DIF program that provides much needed help to the families of Sonoyta.”

Nel Filliger, Fantasy RV Tours’ founder and CEO adds, “It is our utmost pleasure to contribute to DIF Sonoyta and bring greater prosperity to the area through tourism.”

Nice job, Russ & Naomi! Russ may be found guiding groups in and around Puerto Peñasco throughout the year – for more info, visit: Peñasco Recreation. 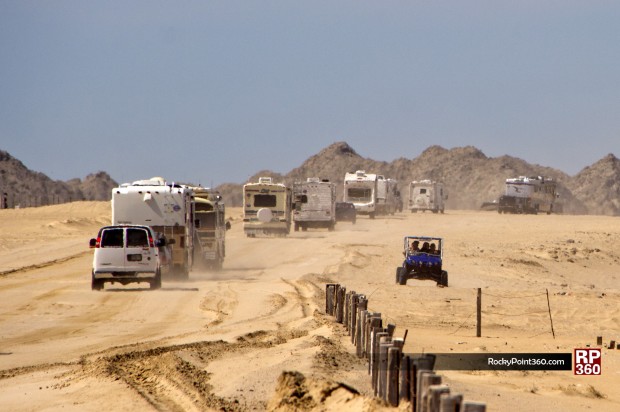 A Whale of a good time in Puerto Peñasco 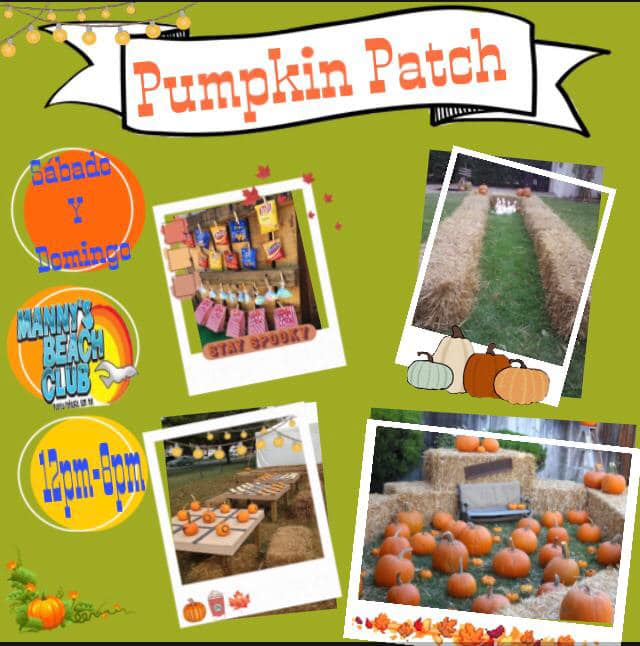