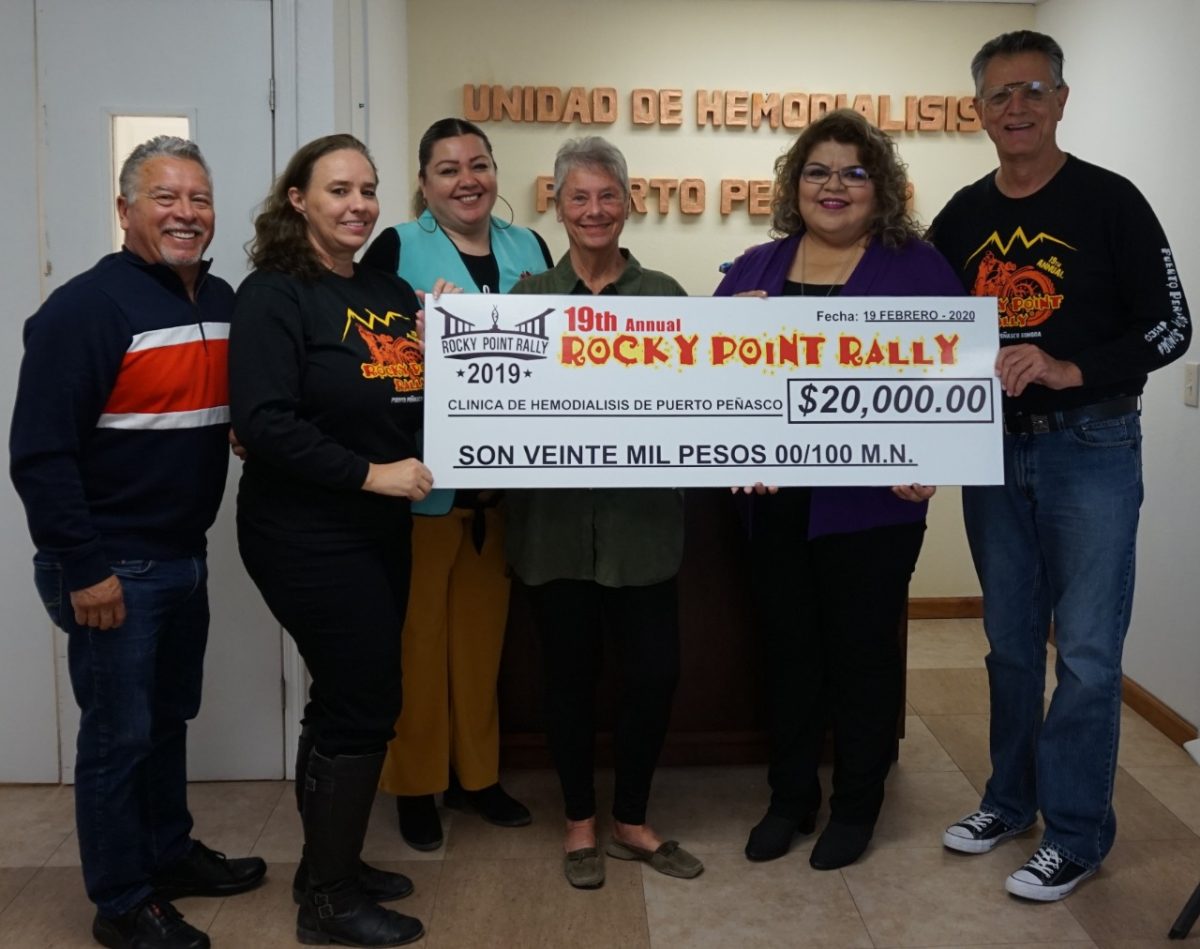 Members of the Rocky Point Rally Organizing Committee visited the Puerto Peñasco Dialysis Unit to present a $20,000 peso donation as part of what was raised during last November’s Rally. 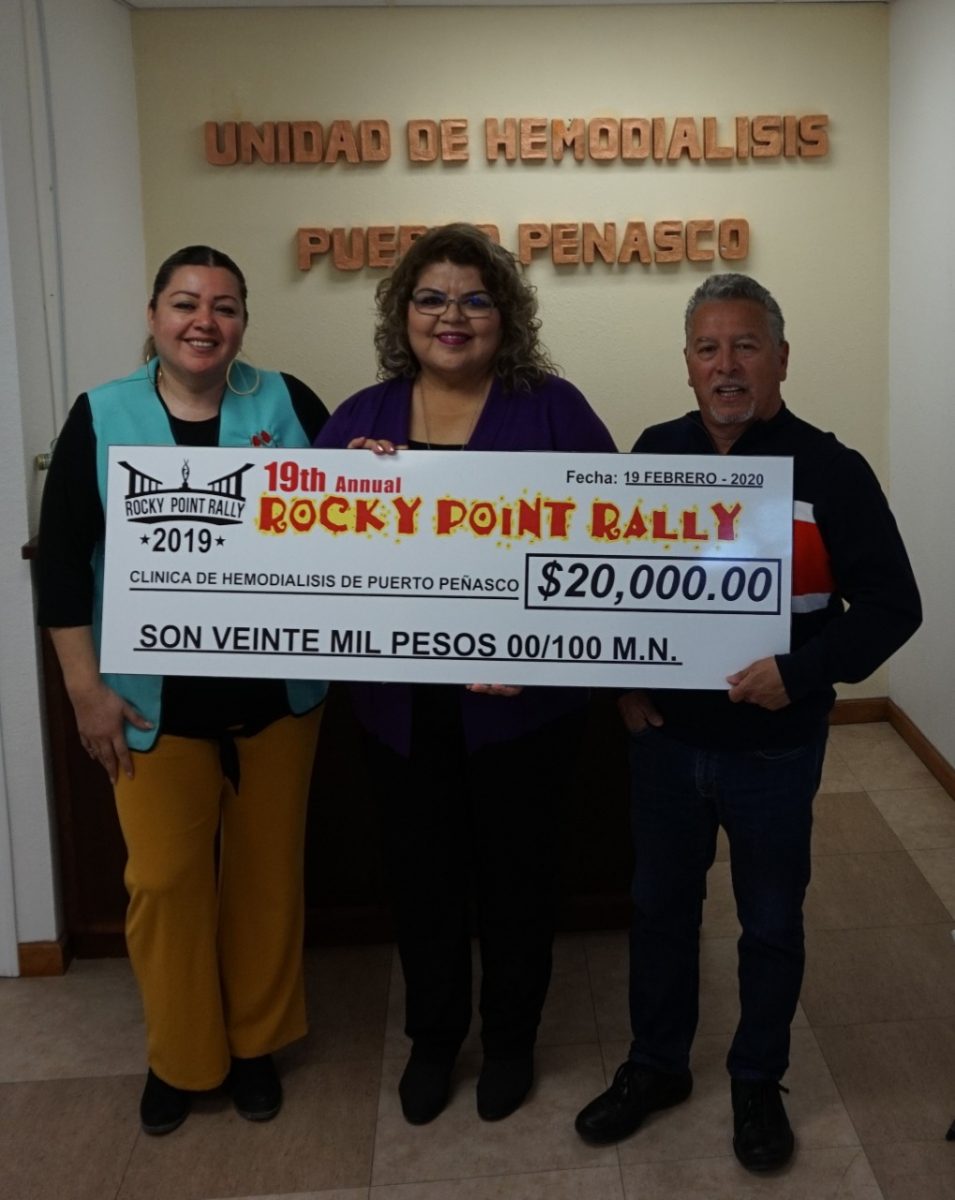 The donation, which was presented by Founder and Main Organizer of the Rocky Point Rally, Oscar Palacio Soto, along with other members of the organizing committee, is the result of fundraising events that benefit several institutions year after year during the “Greatest Motorcycle Fiesta Just South of the Border.”

This support comes from funds raised through Registration donations paid by participants at the Rocky Point Rally, as well as the Bike Show, and local Poker Run. This year, total funds raised reached $396,560 pesos, which was distributed among the charitable organizations in December – culminating with the recent donation to the Dialysis Center. 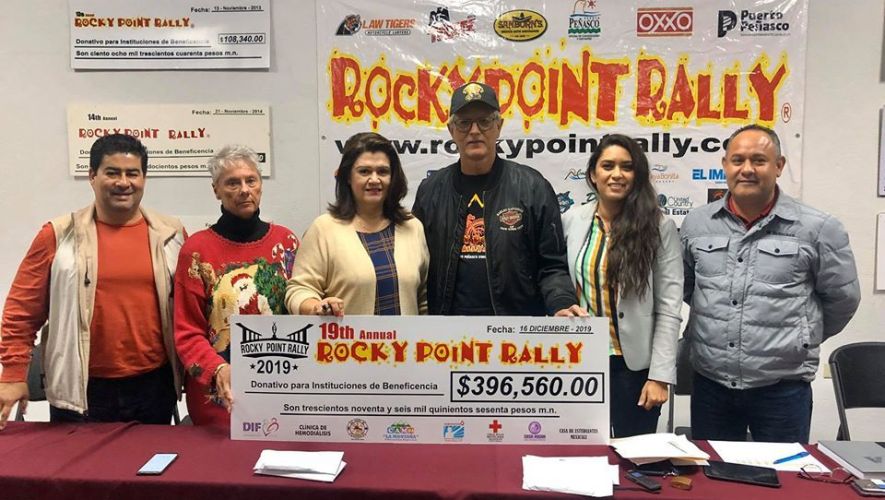 Rally organizers detailed they are working on new strategies that would increase the number of participants who help through their donation by registering for the 2020 Rocky Point Rally, which will be held from November 11 to 15, marking the Rally’s 20th Anniversary!