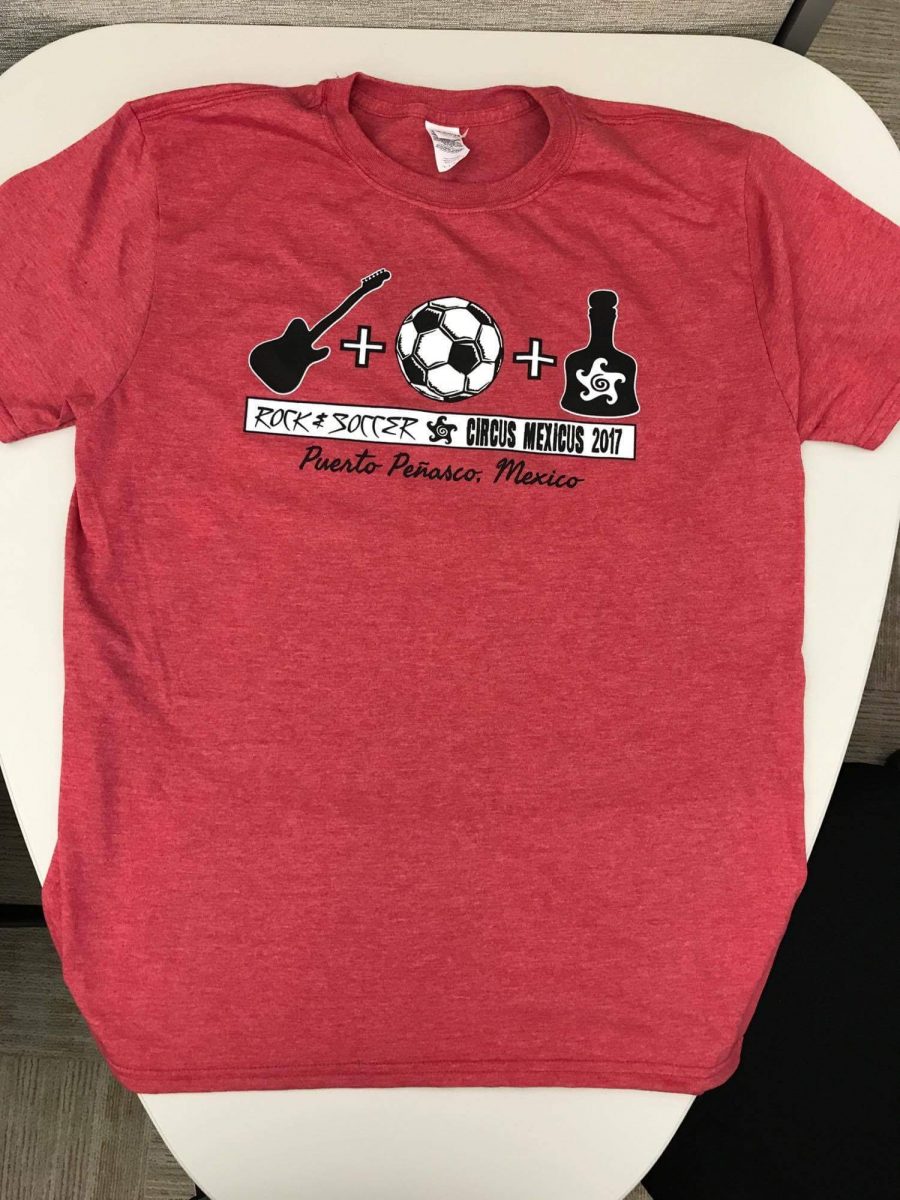 My nephew, visiting Rocky Point’s sunny beaches on a Spring escapade while it snowed back home in Chicago, pointed to my weathered shirt from Roger Clyne & the Peacemakers yearly “Rock ‘n Soccer” tournament and asked, “What does a guitar plus a soccer ball plus a bottle equal?” Well, that would be Circus Mexicus, and it’ll be taking over Rocky Point once more June 7th – 10th, 2018!

“Is it really a Circus?” he asked with 8-year-old wonder.  The four-day music fiesta, which this year is scheduled to feature 23 acts pulling off more than 40 performances across 9 venues, plus a beach soccer tournament, stages from the Old Port to poolside and beachside, not to mention raffle prizes, is better than a three-ring shindig any time.  What’s important though, amongst the revelry, camaraderie, and tequila, is to pace yourself and take in the positive medicine that is RCPM’s Circus weekend, which includes giving back to the community via donations and fundraisers.

What began back in 2000 on a cantina rooftop in Puerto Peñasco (yes, aka Rocky Point) before a crowd of around 40 or so, now attracts thousands of fans from across the U.S. and the globe.  Just last year, ticket buyers came from 32 different US states and traveled from a total of 5 countries beyond the US and Mexico.  Now in it’s 19th year, but really let’s not get lost in numbers as there was that stretch when the city welcomed two Circus Mexicus events annually, Roger Clyne & The Peacemakers’ Circus Mexicus has become one of the largest independent band produced music festivals in North America.

A far cry from a cantina rooftop, this year RCPM’s Circus Mexicus plans to pour rock ‘n roll across the city, from local bars and restaurants along the Old Port and in town (Capone’s, BooBar, Tekila Bar) to the trusty memory drenched steps of JJ’s Cantina gazing out over Cholla Bay, not to mention breakfast views served up with música and chile rellenos at Xochitl’s, inside and outside stages at Banditos and Chango’s on Sandy Beach, and the sand-in-your-toes-sunsets-to-die-for beachside stage at Wrecked.  These shows are included with any Main Stage ticket purchase.

Tickets are on sale now at www.circusmexicus.net including a limited amount of Backstage VIP as well as Combo and Single Day GA to Friday and Saturday night shows on the Main Stage (located in a natural amphitheater behind the Sonoran Sea Resort on Sandy Beach).  Advance ticket purchases while supplies last are encouraged to save both time in line at Will Call and money.

Josh Kennedy of The Black Moods (yes, just one of the over 20 bands in this year’s line-up and that just recently got back from an adventurous tour across the Midwest with Roger Clyne and the Peacemakers), himself recalls when he took the Circus stage for the first time in 2013, explaining CM is “the summer highlight for us. This year we are DEFINITELY gonna break stuff.  Thanks to Circus Mexicus we are pretty much locals in Rocky Point. This year is gearing up to be the biggest yet, and we are looking forward to being a part of such a kick ass lineup. ”

Similarly, man of many words RCPM guitarist Jim Dalton deftly portrays the essence of Circus Mexicus as “The sun, the sand, the sea, the food, the people.”

So, is it a Circus? When you’ve got rock ‘n roll + beaches + soccer + tequila + amigos you know it’s much more than just a concert weekend.  In Roger’s own calculation, “9 stages, live and blaring, night and day throughout the City =  más musica, más bands, más fun!” 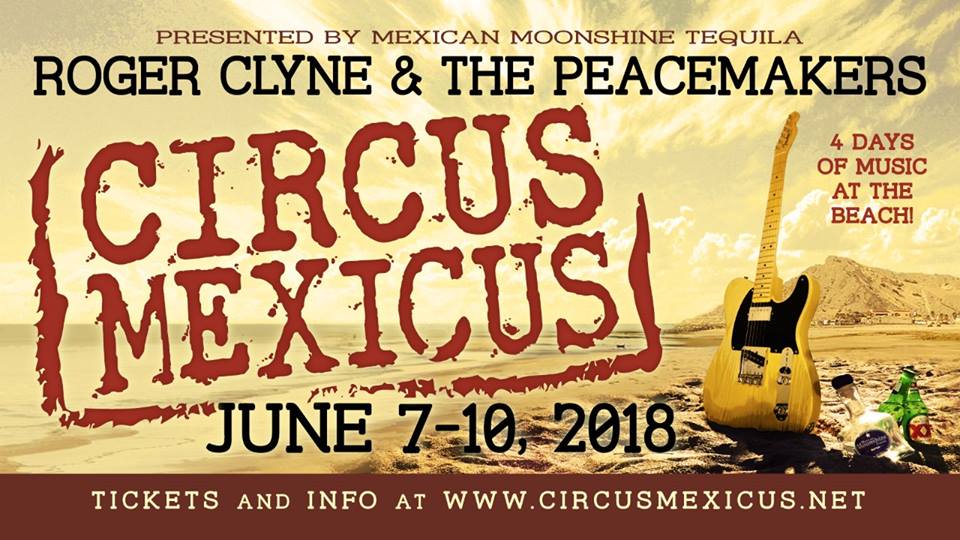 Rev up your engines (or soapbox)! Rocky Point Weekend Rundown!