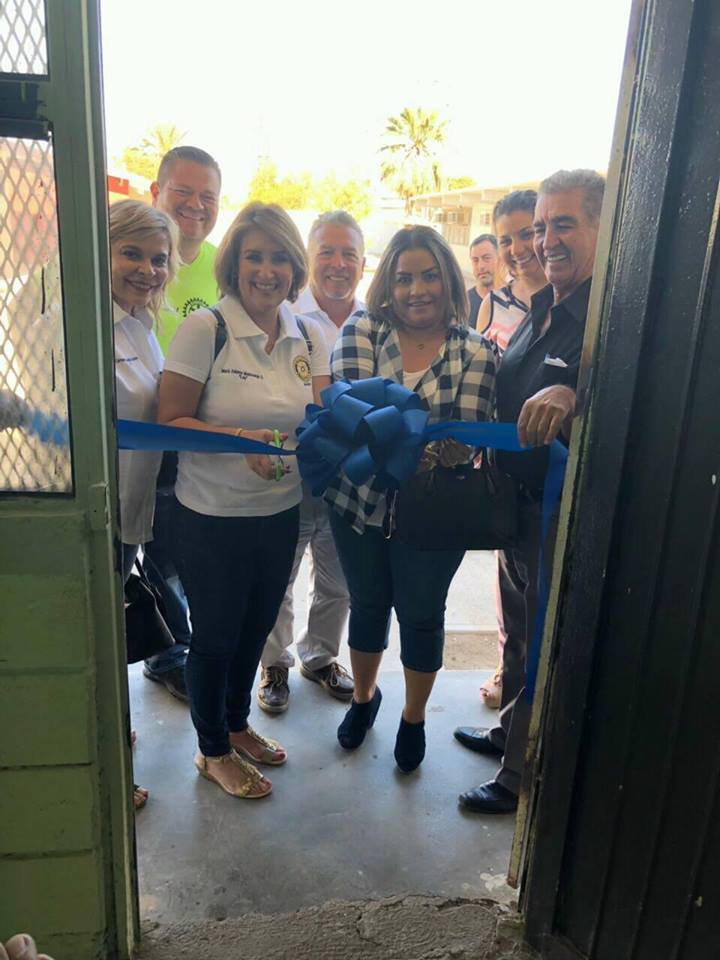 As part of the inauguration, detailed Rotary President Loly Monteverde,  local Rotarians also delivered 156 backpacks – each with school supplies – which had been put together and donated by Utah Rotary District 5420.  The backpacks were distributed to low-income students preselected by the school. 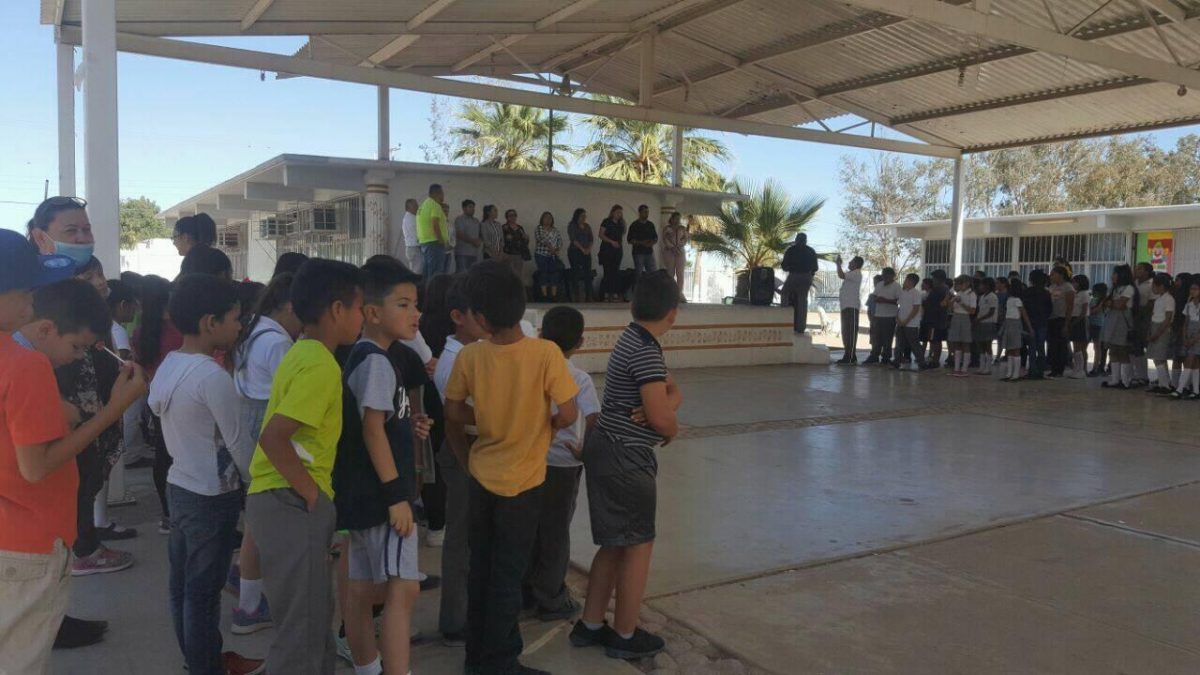 The initial March Service Project Weekend, completed with collaboration of over 40 members of Arizona Rotary District 5495, included materials and labor to create the new space to address children with special needs, painting of the new space as well as the neighboring library and administrative office, painting tree trunks white with lime to help protect them, as well as painting of a back perimeter wall and soccer goals in the recreational area, and the donation of over 100 books in Spanish to the school’s library.

The backpacks were put together for a second year in a row by Utah Rotary District 5420 during a training seminar for incoming club presidents, and presented to the local Rotary Club in early April for appropriate placement. 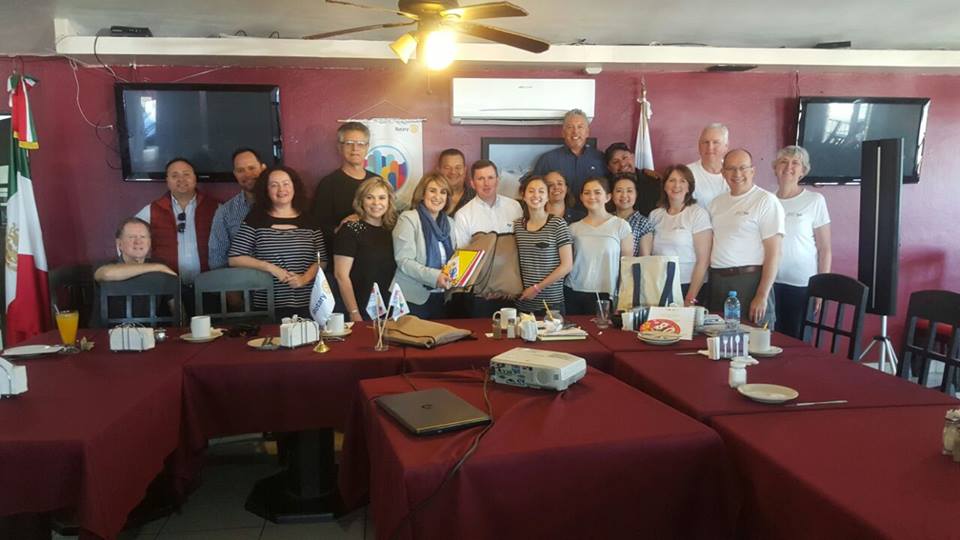