Night of words, a new book, many ideas

Write to continue living. Speak with words to once again touch emotions, let them go, and hold onto them. Write.

Writing, a birth of ideas and a river of emotions takes place within the 2012 Hermosillo Book Fair. There, with a sea of books as inspiration and incentive, those passionate about writing gather in the now traditional Night of Words.

Three years ago, the group Escritores de Sonora A.C. (Sonora Writers) began a night of collaborative writing as part of the yearly Hermosillo Book Fair. This continues today and on Friday, Oct. 26th writers gathered once more to celebrate words, writing, and grammar. Following the start of the evening, proclaimed by the Sonora Writers group President Esteban Domínguez, ideas arose to pull together the third collective work under the title “The Night of Words.”

As with each year, suggestions were given as themes as a point of departure, and this time it was the night itself and its empire, what the night says, and builds. More than forty writers took part in the evening, who through the hustle and bustle of construction also endured the lights going out provoking them, whether they wanted to or not, to leave their computers and drag the pen across paper as ideas surged and formed paragraphs, unceasing until the task of the night was complete.

They call me the Tequilera: story born out of a dream 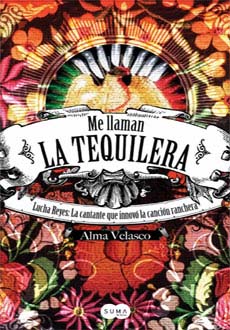 Hay Jalisco, no te rajes, don’t falter, shouts a woman from the first row. In the background a song sung by Lucha Reyes rings out.

Following applause, writer Alma Velasco, accompanied by Alberto Moreno, step onto the stage. With their wisdom they fill the stage with presentations and conferences, conversations. This is within the framework of the 2012 Hermosillo Book Fair.

Alma wears a blouse of manta. With her short hair and eyes hidden behind glasses, she inspects the area, smiles to those gathered to hear about her novel: Me llaman la tequilera (ed. Suma de letras) (They call me the tequila drinker). She describes the strengths, the process of creation, and retells the dream she once had where a voice told her: Alma, get up and write.

In their back and forth, Alberto asks Alma “Is Me llaman la Tequilera a novel?” She responds, “it is a biographic novel, of research, and with testimonies from the siblings of Lucha Reyes. It is a historic novel,” among other things.

For example, among these other things, the writer explains: “I don’t know if you have had dreams, and believe they are premonitions. I had a dream, I dreamt I was on a fence, sitting, when a man came to me and says: ‘Alma, now you have to write the novel about Lucha Reyes.’ I got up, prepared coffee and began to write, and here it is.”

One of our own in memoriam: Remembering Armida de la Vara 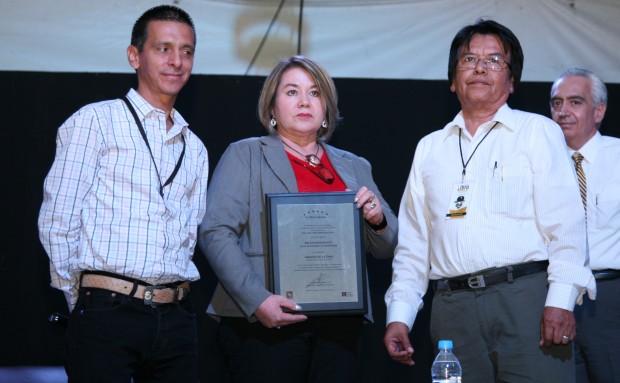 In the hall that is the staging ground for presentations of the 2012 Hermosillo Book Fair, the evoking of spirits begins. As spectators we can imagine the locations described to us. Omar de la Vara, who is a reporter on the police beat, travels through memory and speaks of when his aunt would tell him stories, there in Opodepe, Sonora. His aunt: simplicity when speaking, acting, living – recalls Omar. His aunt: Armida de la Vara, the writer, teacher, and tireless seductress of words.

The audience is submerged in the evocation of spirit, and then partakes in these sites from the pueblos of Sonora, intermingling with the comments and able to see those elderly, community folk Armida de la Vara portrays in her work.

In front of an attentive public, family members of Armida de la Vara received recognition from the hands of writer José Terán, for the life and work of Armida. Thereafter, writer Gloria del Yaqui read, as a gift to those gathered, some poems contained within Mis amigos los pájaros (literary sample), of de la Vara, published by the Sonoran Cultural Institute, distributed freely through the Book Fair.

Three voices, three, the voice of our dead

It was the night of Sergio Galindo, a full theater and on the stage three cohorts, three fans, three men of the theater ready to show us what this dramatist means for the stage of the Northwest. 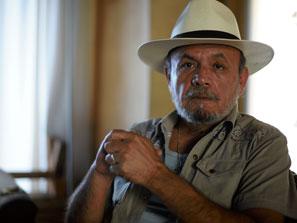 It was a night of three grand individuals: José Ramón Enríquez, Irineo Álvarez and Jesús “Chobi” Ochoa, dressed modestly to honor what Sergio Galindo has meant for their careers, but above all to justly set forth the dimension of this author of the theater who has been able to capture, as no other, “the sound, rhythm, breath, and linguistic twists” of residents from the sierra of Sonora and, above all, the tragedy of dispossession of lands and exodus.

More than anything, the night was to present the edition of Trilogía bajo el agua that the Sonoran Cultural Institute had prepared for the 2012 Hermosillo Book Fair, as homage to its author. It is a sober and careful edition of the three modern tragedies that Galindo wrote to tell us of the dispossession of lands and exodus suffered by residents of Batuc, Tepupa, and Suaqui when modernity overcame their manner of life, their manner of understanding the world, their universe.

Three works, Enríquez tells us that “through language Sergio Galindo finds the same spirit of the earth, because the earth is rhythm. The sounds of these voices have undecipherable concepts within them. One must know how to hear them, not to decode them but rather, humbly, to begin to perceive how much our dead have come to tell us.”   Three works that are now available to the reader.

Any branch of art arises from the unconscious

When I was a young girl I would write poetry: “I always wrote, since I was very young, beginning with letters to soldiers in the Malvinas.” Then came journalism, then literature, and scriptwriting. 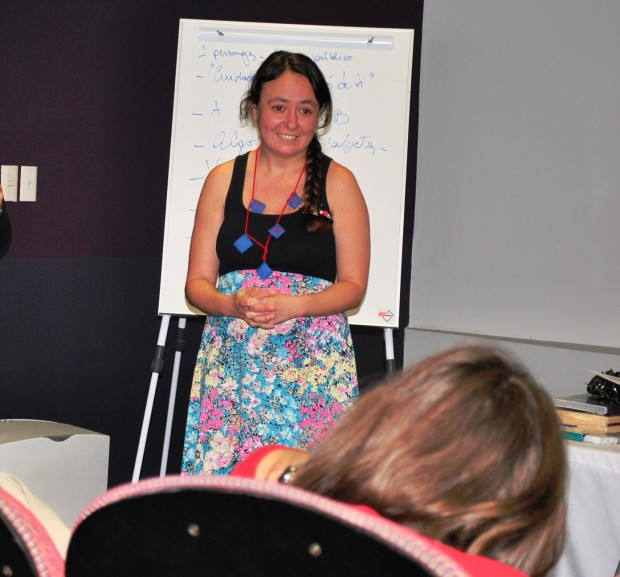 Gabriela Vidal is the author of the novel Melancólicos, as well as author of the script La familia tortuga, among others. She had come from her homeland of Argentina to direct a workshop on feature film script writing, within the framework of the 2012 Hermosillo Book Fair.

In discussing her work, she explains: – Scripts have two things: the script as a genre with its own intrinsic rules, which is learned quickly, it’s pragmatic, it’s a format with a reason for being; the other thing is what to say, that is not something that is learned, but comes from within. What happens is that sometimes you don’t know it’s there, and what a teacher does is tell you. You hear, but your story isn’t what you say, it’s another. Any branch of art: writing, painting, dance, comes from the unconscious, that place where our myths are, symbology, our ancestors. What we do in the workshop is become aware of this which is so pure but that already comes from the author, student, [or] writer.