In some parts, April showers bring May flowers….but in Puerto Peñasco, April brings with it horseshoes, fishing, volleyball, concerts, triathlons and more.  After an uptick in Spring Break visitors, followed by the utterly amazing Semana Santa crowds, April is showering us with a flood of activities, so let’s get to the rundown:

Bathtub Races @ JJ’s Cantina in Cholla Bay. Haven’t done it, haven’t seen it (yet) but we’re told the tides are right this year to throw some wheels on a tub and head to the shore in front of JJ’s.  A quick look at the tide calendar shows the low tide (when the races can go on) is around 5 p.m. so after taking in the CBSC Horseshoes earlier in the day, seems only right the next stop would be bathtubs rolling across the sea floor.  Just to be sure, for more info check at jjscantina.com or by phone: 382 – 5198. 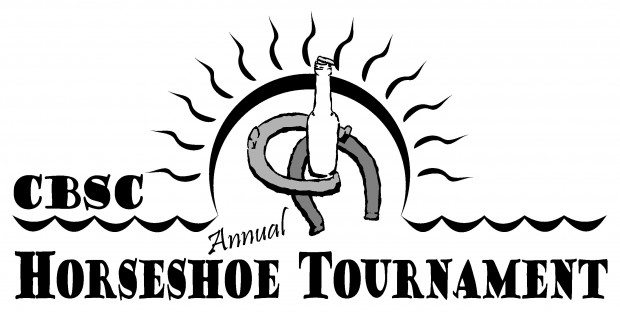 The Cholla Bay Sportsmen’s Club will also be heating things up in Cholla Bay with their 6th Annual Horseshoe Tourney, which in addition to being a good time raises funds for the Red Cross as well as maintenance for the upkeep and manning of the Marine VHF radio in Cholla. Sign up is from 8 – 10 p.m., and the shoes start flying at 10 a.m.  They’ve got plenty of cool raffle prizes too so it should be a fun day out at the Bay!  More info, contact Tammy Hicks: ChollaCBSC@gmail.com  or find them on Facebook: CBSC Horseshoe Tournament

Making our way back toward town, remember Thunder on the Beach offers the chance to learn how to drive a race car so stop in, say hey to Darrin, and get in some laps.

On Sandy Beach, Outtatownproductions is having its Retro Volleyball tournament on April 6th & 7th on the beach in front of Sonoran Sky. With teams coming in from CA and AZ, we hear the flights are set though and it should provide quite a bit of excitement for spectators! 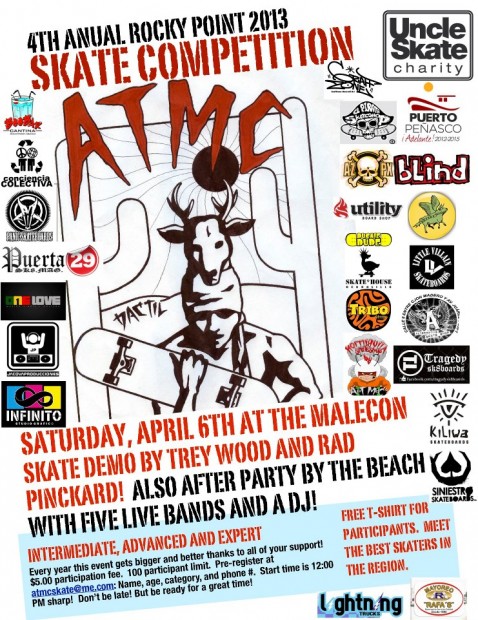 Over on the malecón, also this Saturday, there’s the 4th Annual ATMC Skate Competition shredding across Governor’s Plaza. Things get going at noon and that night the after party is heading to Concha del Mar RV/Campground (just before Playa Bonita).

Shrimp Plaza welcomes back Mermaid’s Art Market (10 a.m. – 5 p.m.) for their first April set up. Upcoming market dates: April 20th and May 18th   A little mermaid told us after May they may be hanging up their fins for the summer, though we’ll keep checking back.

Saturday night there’s a double concert at El Chamizal (Blvd. Juarez) with Enigma Norteño and Tito Torbellino. Advance tickets are available at all Tecate Six shops and at the door. Music starts at 8 p.m.

On Sunday, April 7th, you can join up with the Peñasco Trash Mob at 10 a.m. at their “mobquarters” on Blvd. Fremont

*Also this weekend, for all you Roger Clyne & the Peacemaker Circus Mexicus Rock ‘n Soccer fans…: Sign ups will begin at noon AZ time on Saturday, Apr 6, at peacetimegoods.com.*

Just for good measure, be sure to offer up good wishes for Puerto Peñasco’s prominent boxer El Gallo Estrada as he prepares to go after World Championship titles this Saturday in China!

Pinacate!   Hours for the Visitors Center and Pinacate entrance are 9 a.m. – 5 p.m., and recommendations are for morning visitors to stop by the Visitors Center first (with its newly installed museum pieces) and take in their interpretative trails and spectacular views over ancient lava flows. Then, continue along with a visit to the Pinacate craters (entry pass is valid for both spots). Cost $50 pesos visitors, $25 pesos Peñasco residents.

CEDO!  The Intercultural Center for the Study of Deserts and Oceans in Las Conchas offers unique ways to explore the desert and Sea of Cortez with ecotours like kayaking, a tour through the Morua estuary, and tidepool tours. 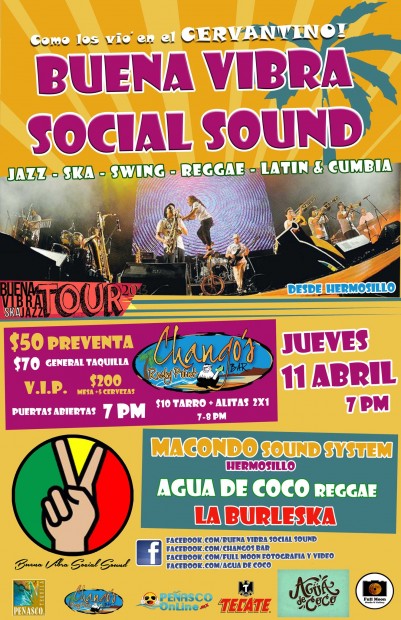 April 12th & 13th  Puerto Peñasco has been selected this year as one of the hosts of the 3rd International Desert Film Festival, with invited country Bosnia and Herzogovina – We’ll have the times up as soon as we get them! 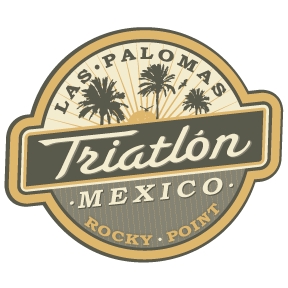 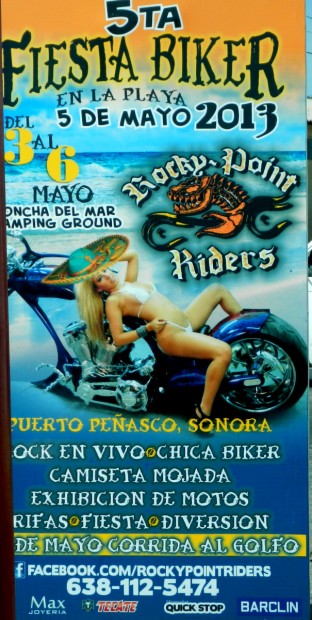 May 10  Mother’s Day in Mexico

Upcoming events? Check out our Event Calendar! If you have information you’d like to add, please let us know at info@rockypoint360.com Office: 383-1804 (during office hours), cell: 638 380 8849, or from the US: 480-282-4226  For weekend rundown announcements, please get them to us at least by Monday-ish of that week…though the earlier the better! Don’t forget to subscribe to RockyPoint360.com to get all our articles and announcements and/or Like us on Facebook at Rocky Point 360.