As the date nears, it would seem there is a small conflict in the air – to celebrate Halloween or Day of the Dead.

Obviously there are people who wish to rescue Mexican traditions, as a way to strengthen identity; nevertheless, we cannot set aside acculturation and the strong influence we receive particularly from our neighbors to the North. This strong wave does not only hit the border, but reaches further into the center of Mexico.

Still, those who really believe in all the Day of the Dead means and symbolizes do not question it and simply do so, as I have been able to see in an area of the state of Morelos, called Ocotepec.

Each year, the streets of this area fill up with persons walking, entering and leaving various homes. Only the families that have lost a member during the last year open their doors to the public and arrange their home with an altar, candles, floral paths, and various festive decorations. People are invited to eat and drink (depending on the families). There is a range, from homes that only offer bread and refreshments to those where an entire fiesta may be enjoyed with different Mexican dishes, accompanied with a band or mariachi and ponche “with a kick”. Walking through the streets you find out which is the “best house” to visit, either due to decorations or for what they offer.

This, according to tradition, is a day in which the spirits of the dead are allowed to return home to enjoy a few days (thus, the altar). So, those who have recently passed away are celebrated so they will know the way home; the bigger the fiesta, the easier it is for them to find it and quickly return home.

Courtesies of this custom state that anyone can enter a home, provided they bring a gift for the altar, which almost always consists of candles while showing respect by not going in costume, as it is not “Halloween.”

In subsequent years, unless there is another death the following year, the celebration becomes more intimate within the home with an altar and family meal that is no longer open to all those that pass by, as the deceased individual already knows their way home.

It is a strange feeling; I have walked along the streets among the people and despite the somber air of families remembering their loved ones, there is also joy and happiness.

Along the way you may find homes decorated with typical Halloween elements such as jack-o-lanterns and candies (at one home there was a basket of “candy corn” at the entrance). Luckily, the day I visited Ocotepec I went to a very humble home, yet one that was beautifully decorated. The person who had passed on had been a member of a band, a trumpeter. It was a plot of land where there were various homes, and the path to the house in question was outlined with musical notes illuminated with a small candle. This was one of the “best homes”; the food was abundant and quite good, there was ponche, atole, and if those in the home liked you they also served up a glass of mescal. Everything was decorated and the band played; when one band would go another would come, and another, and another… In all, there were five bands programmed for the night and two mariachis, according to a man who mentioned this while serving me ponche “with a kicker.”

“I like you all,” he said (to my sisters and I – I can’t honestly say why really), “and I want you to celebrate with us, this is your home. Today is the first time my brother is coming and I am very happy because, although I can no longer see him, I know he is here and he is having a good time. We put up everything so he would know this was his home and he would come quickly, because my sister-in-law is waiting for him. You’ll see, with all of this, in the years to come he won’t get lost… really, he is a bit confused.”  The man then said good-bye and ran to happily greet a man who he called compadre.

Yet, there are different angles to this whole affair. In another home, there was a more solemn air; there was no music, no dance, only serious faces and pan de muerto with refreshments on the way out. The woman of the home confessed, in referring to these traditions “If one really believes in God and the Church (Catholicism), these things aren’t worth anything. One remembers their loved one on the day they died, and they go to the cemetery. I did all of this (the altar and food) only because my mother-in-law and the pueblo put a lot of pressure on me, because it is a tradition here. My mother-in-law has known everyone for many years. Do you think I want strangers to come into my home as if it were a spectacle, give me candles and have to spend time with images of my husband and my son in the living room? This is done in schools, and with historic figures, for contests…. I didn’t want to be here, but they insisted. This is really very painful; I would prefer to have children in costumes come to my home asking for candies at my door.”

No one knew. Everyone who passed through looked at the simple offering with disdain (in other homes the altars were more spectacular), they only saw the woman sitting in a corner, with her sad and watery eyes which she would discretely dry with a napkin. Her job was to be there, as host, receiving people and their “gifts”, inviting them in to later have some bread and a refreshment.

Elsewhere, a Halloween party was organized with some friends, costumes, drinks and snacks, along with music and karaoke. The entire outside was adorned with cempazuchitl flowers (carnations), crepe paper, sugarcane, mountains of incense in a corner, and a beautiful offering to the dead. The inside of the home was decorated as Halloweeny as it could be: ghosts, spiders, skeletons, bats, witches, etc.

“This is the best time of the year,” commented my friend who was throwing the party. “It’s a fiesta where you can be who you want, decorate yourself as you like, dress up, have a good time with friends and family, there are no obligations; if you attend it’s because you want to and want to hang out with us. You also don’t have the sorrow of having to give someone something and suffer if they don’t like it, or whatever; everyone likes candy! Plus, it’s a long weekend! There is no tension to have to go to work the next day…it’s like vacation…we feel like children. The offering is there because at some point I like to think family that is no longer with us comes to visit, although I don’t believe this – but you can’t tell me that wouldn’t be nice?”

All of these viewpoints are different, but they have to deal with how we think of death. Customs persist and acquire a new meaning; they become open to innocently negotiating meaning with respect to beliefs. Truthfully, although one of these has a gloomy background and intends to provoke fear, while the other is festive and based on the awareness that death surrounds mortals, both are based on the same thing, in coexistence with the unknown, in acceptance of a dark world full of mystery that still surprises us and we aren’t able to comprehend. 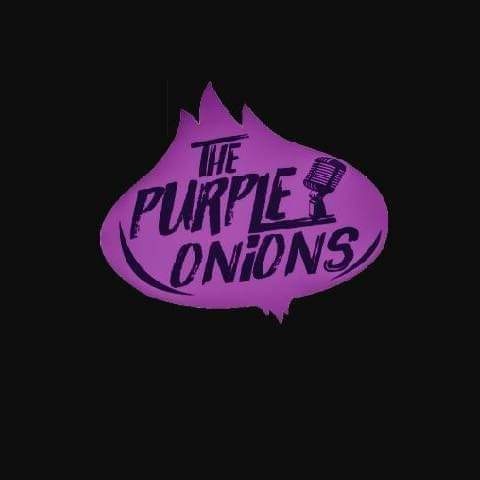