In an unprecedented event for our city, and after achieving world class rumor level, it was officially announced that World Boxing Organization and World Boxing Association flyweight champion Juan Francisco “El Gallo” Estrada of Puerto Peñasco will seek to defend his titles against Filipino Richie Mepranum. 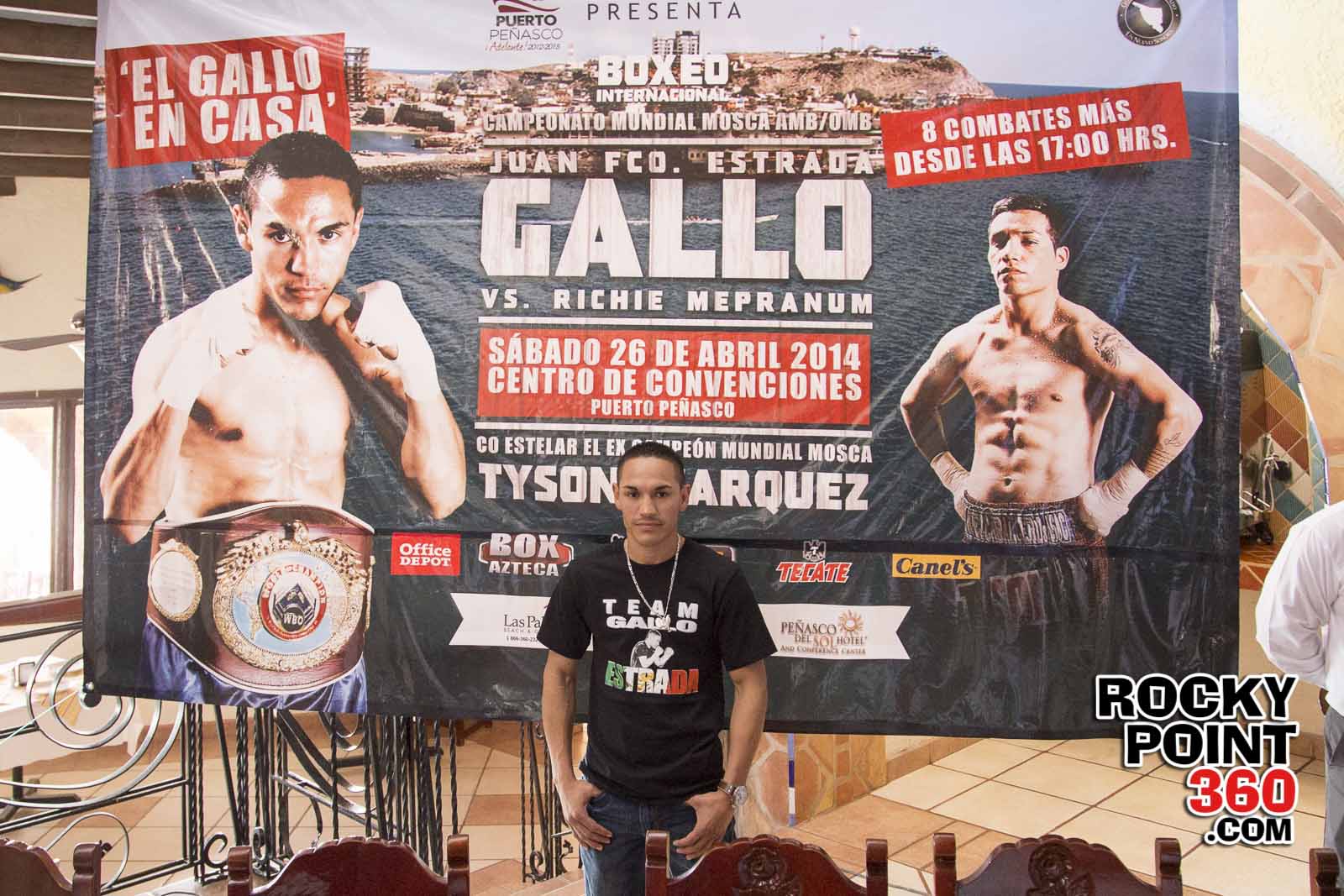 The tremendous surprise is that the bout will not take place in Mexico City, Las Vegas, or Macao, China, the latter being where Estrada first won his titles, but rather the bout will be here in Puerto Peñasco on April 26th!

During a press conference called by the local city administration and event sponsors, “El Gallo” arrived accompanied by his team, family, and friends. Everyone anxiously awaited a chance to take their photo with “Gallito;” children, youth, and members from the press corps lined up to get their picture taken with our hometown world champion! 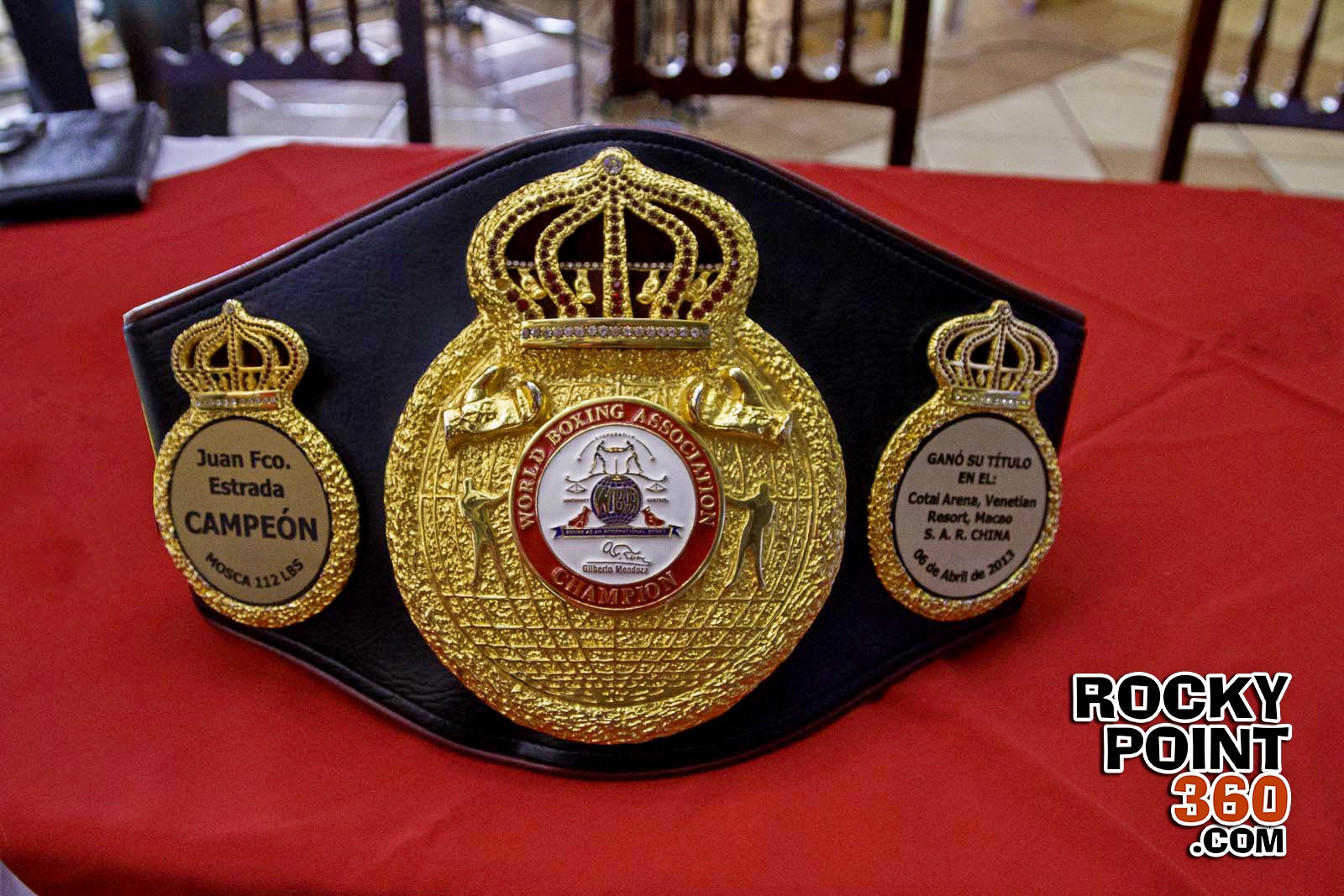 Figueroa explained the opportunity to organize the fight locally was sudden, and greatly thanks to Gallo’s own desire to fight in Puerto Peñasco before his people, though this implies less earnings than in taking the fight elsewhere. Gallo is tremendously satisfied with promoting Puerto Peñasco, while also collaborating with proceeds from ticket sales to ongoing efforts for the local Dialysis Center project.

“El Gallo” Estrada, now 23, sees this upcoming bout as an opportunity to fulfill a dream of fighting in his own city, in front of his own people. He very emotionally explained he has traveled a difficult path, along with adversities. Now, as the best flyweight boxer in the world, he feels a tremendous commitment and has been training exhaustively over the past 3 months. He states he is ready with just over two weeks still remaining before the bout.

Filled with tremendous feeling behind his simple words, “El Gallo” dedicates the upcoming fight to the memory of his Aunt. Choking back tears, he is visibly proud to support and promote Puerto Peñasco globally through this event. 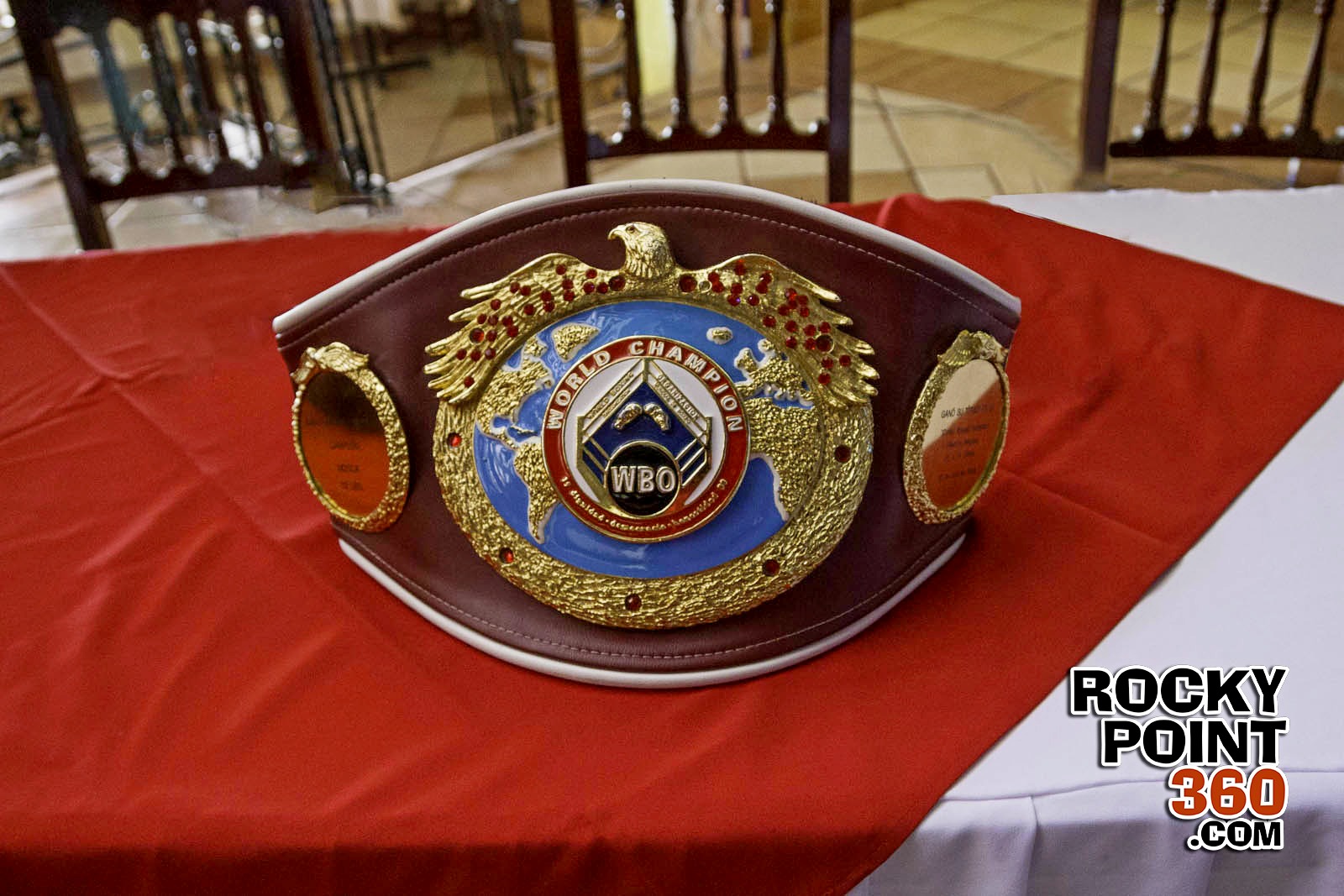 It was also announced the fight will be broadcast internationally via HBO and ESPN, and via Box Azteca in Mexico. The boxing event will also be the first official function to be held at Puerto Peñasco’s Convention Center, which will be equipped to fit 4500 boxing fans.

Juan Francisco “Gallo” Estrada has a 25-2-0 record, with 18 knockouts, while Richie Mepranum, 27-3-1 has 5 knockouts to his name; Mepranum, a left handed boxer with ample experience, in March 2010 ended Hernán “Tyson” Márquez’s undefeated run. “Tyson” (36-4-0, with 26 knockouts) will be fighting in the bout just before El Gallo’s main event, taking on John Mark Apolinario (17-3-3, 4 knockouts) in another chapter of the intense boxing rivalry between Mexico and the Philippines.

If both “Tyson” and “El Gallo” win on April 26th, a fight between the two could be planned for later this same year which, for Sonoran fans in particular and Mexico as a whole, is already highly anticipated. 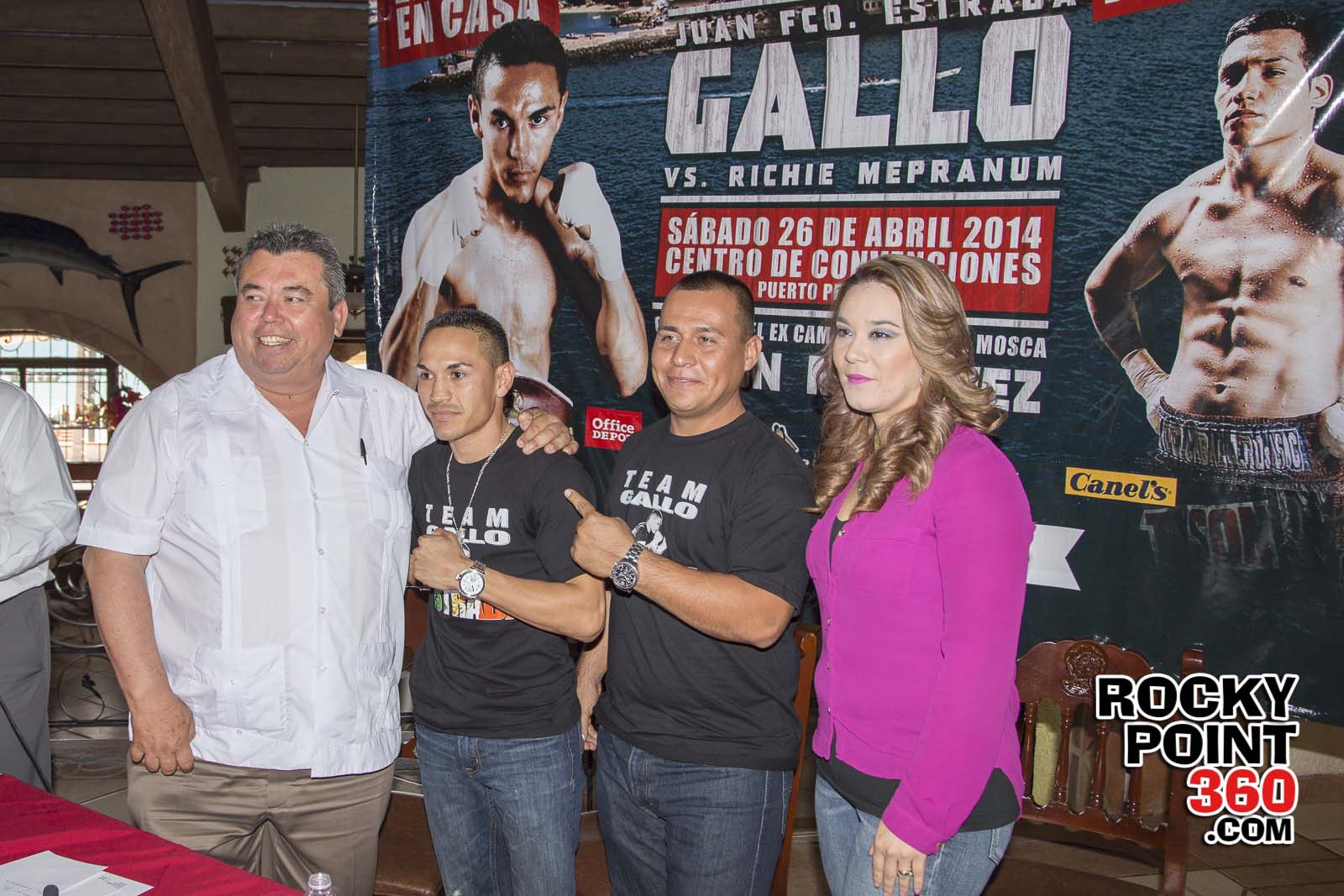