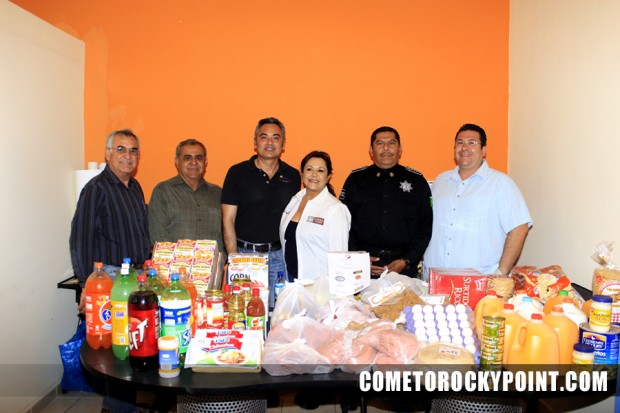 n preparation for the upcoming Semana Santa (Holy Week) weekend, the local Convention and Visitors Bureau (OCV), along with CANIRAC (local restaurant association), responded to a request made by the City to assist with provisions for local police and members of the Fire Department who will be busy caring for the public to ensure safe vacations for all.

Together, the OCV and CANIRAC representatives explained the donation of provisions included approximately 5000 pesos worth of food through different CANIRAC sponsors, along with approximately 11,000 pesos for fuel and diesel made possible through the OCV. City Secretary Fausto Soto expressed gratitude on behalf of the City for this yearly Semana Santa support received from both OCV and CANIRAC, as well as the numerous volunteers from various organizations who put in both their time and often their own money to help ensure a safe holiday season.