March 21st is known around the world as the beginning of Spring.  Spring comes to life much as a backdrop to Snow White or Sleeping Beauty; birds joyfully singing, flowers opening and swaying in the wind, fields turn green and leafy trees provide shade to couples who set aside their jackets for more lighter springtime activities.

Nevertheless, for Mexicans, however happy we may be with Spring this is not why we take this day off* (*2014 official bank holiday Monday, March 17). March 21st also coincides with the birth of one of the most famous individuals in Mexican history: Benito Juarez. 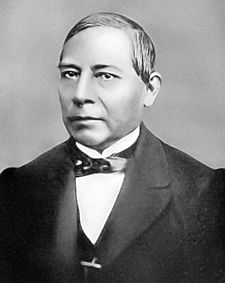 Who was Benito Juarez?  He was one of the most proactive and iconic Presidents since the time Mexico became a Republic as, through help of a liberal group, he declared Reforms that separated the powers of Church and State.

Juarez was born in the small village of Gueletao in the southern Mexican state of Oaxaca in 1806. He was indigenous and during the first years of his childhood only spoke Zapoteco. He studied law at the Institute of Science and the Arts and during a time dedicated himself to defending indigenous communities.

In 1831 he was an elected official for the city of Oaxaca, local representative in 1833, and Governor of Oaxaca in 1847. He was named the Minister of the Interior in 1857 and subsequently elected President of the Supreme Court of Justice during the administration of President Comonfort.

When Comonfort abandoned the Constitution in 1857 in a type of coup, he jailed various citizens (liberals), among them Juarez. Comonfort’s actions led to the Reform War.

Freed in 1858, Juarez was proclaimed to be President of the Republic in Guanajuato by the Ministry of Law. It was then, in July of 1859, when he issued Reform Laws that declared State independence from the Church, laws concerning civil marriage and civil registry, laws regarding graveyards and cemeteries, and transfer of Church assets to the Nation. 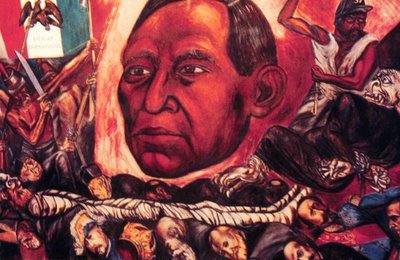 Once the Reform War concluded, Juarez was constitutionally elected to continue his Presidency on June 15, 1861. However, due to French intervention, in May of 1863 he had to leave Mexico City and lead his administration from different points across the country, returning to Mexico City six years later (July 15, 1867).

It was at that time, given the triumph of the Republic, when Benito Juarez gave his celebrated speech: “Mexicans: let us now pledge all our efforts to obtain and consolidate the benefits of peace. Under its auspices, the protection of the law and of the authorities will be sufficient for all inhabitants of the Republic. May the people and the government respect the rights of all. Among individuals, as among nations, peace is respect for the rights of others.”  The final phrase is the most remembered of them all.

Benito Juarez was a visionary and a defender of human will, who asserted tolerance and liberty and was therefore proclaimed to be the “Distinguished hero of the Americas.”

So, March 21st brings along with it not only a change of seasons, but rather commemoration of the birth of change in Mexico’s history.