Work has begun on lifting pavement from yet another stretch of Blvd. Benito Juárez, this time from the railroad tracks (near Circle K) to the anchor monument heading toward the Old Port. As such, everyone is encouraged to use alternate routes around the area (including Ave. Luis Encinas near the docks, connecting with Calles 11, 12, and 13). 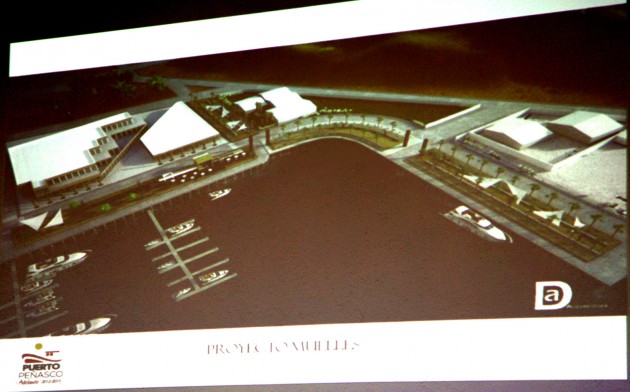 As part of the grander project to modernize the dock area, and create a tourist circuit in the area, on Monday, April 13th, demolition of pavement began on Blvd. Benito Juárez on the stretch from the anchor toward the railroad tracks. Given this, traffic will be diverted from this route over at least the next two months, time during which hydraulic concrete will be use to pave the road as per project plans.

For those heading toward the malecón, Old Port, or nearby neighborhoods, alternate routes include Luis Encinas and Calle 6, as well as the dirt road Calle Coahuila (on the east side of Plaza del Camarón in front of the Chamber of Commerce office [CANACO] and behind City Hall).