I am sure that you have heard of “Flash Mobs” that break out dancing anywhere spontaneously…….well in Puerto Peñasco on Friday, Jan. 11th, we had a “Trash Mob” break out and we kept moving for 6 hours!

“You Tube” Video of the event:   The Peñasco “Trash Mob”

In the past I have asked the city officials in Puerto Peñasco  for some attention to the trash that has been allowed to build up on the city streets. Trash, old signs, tires, you name it, has been steadily getting worse as the economy has slowed down. I tried to explain to the city officials the idea of an “Adopt a Street” program – it can work well and does not cost the city anything but support, with citizens / businesses  helping share the load.   So last week we decided to do something about it – at least in our end of town. On Thursday , Jan 10th, I asked our 10 employees to bring family or friends to help me clean the streets from our office, to the Cetmar School by the entrance of Las Conchas (approx 1.25 miles). School happened to be out that Friday and I was pleasantly surprise to see a group of 25 waiting at our Rocky Point office patio early Friday Morning. 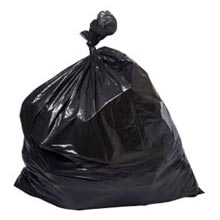 We assembled 2 pickup trucks, an ATV with a trailer and a dump truck for our mission. It took 6 hours of hauling trash, tires, plastic bags (mucho!!), old sandals, car parts, old signs, and you name it,etc, etc ….but when finish we had a very different looking neighborhood and the road into Las Conchas looked amazingly clean! The workers & kids were all paid and fed pizza for lunch, but we made it a FUN event that they all seemed proud and enthusiastic to be helping Peñasco. Over 3 dump truck loads were hauled off to the dump. It was a very productive effort and result……it was a start. We followed it up with  a “mini mob” 5 days later to revisit the same areas.

Our goal is to recruit the other businesses (several have told me they are “IN”) in the area to help fund and promote this clean-up on an ongoing basis, if possible. And hopefully have the “Trash Mob” idea spread to other areas of the town. It will be an educational thing as much as anything over time (which was why I was so excited to have my employees 9-13 year old kids involved) but PENASCO HAS TO START SOMEWHERE!!

So, organizers are looking for others who may want to contribute to the cause .  It could be by contributing $$ and / or: trash bags, tools or equipment that might help, pizzas for lunch for workers, or ???. Or join in for an hour or two when the “Peñasco Trash Mob” is operating?  Contact Larry Beaumont if you would be interested in helping.