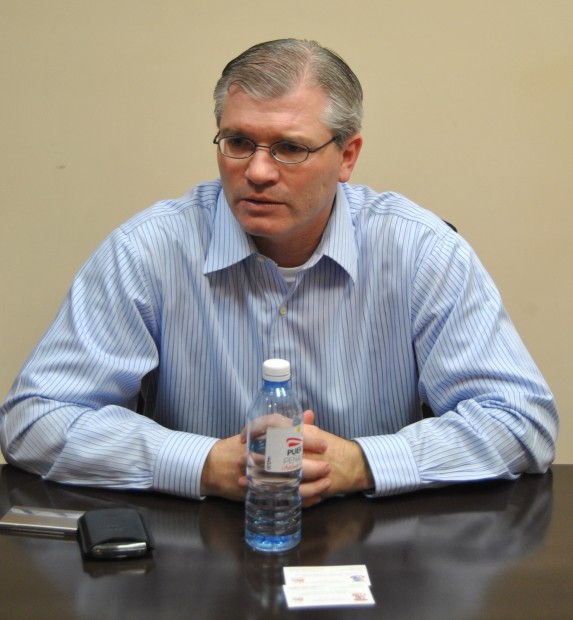 On behalf of the Mayor, City Secretary Oscar Villavicencio Lubbert welcomed the U.S. diplomat and those accompanying him during his recent visit to Puerto Peñasco.

The meeting room of the City Secretary was the setting where U.S. officials met with Lubbert along with the City Coordinator of International Affairs and Promotion, Miguel Guevara Askar, and the Mayor’s personal secretary Engineer Eduardo Martínez López.

Consul Cummins expressed his satisfaction with the visit, particularly as these types of meetings are on the path to establishing a good collaborative relationship with municipal authorities within the current administration.

“Puerto Peñasco is a municipality which regularly receives excellent comments from my fellow countrymen who have had the opportunity to enjoy its beaches, as well as the tremendously calm environment felt through the hospitality of its people,” stated Consul Cummins.

Furthermore, he reiterated that Puerto Peñasco is a safe place to visit and spend time with the family. This security has been shown through the number of U.S. citizens that have had the opportunity to vacation here.

Consul Cummins was accompanied on this trip by Cristina Almeida, from the policy office, Vice Consul Trenton B. Douthett, and Norma López from the office of U.S. Citizens Services.

In the evening, the U.S. General Consul from Nogales, Sonora, met with members of the U.S. community residing here in Puerto Peñasco.