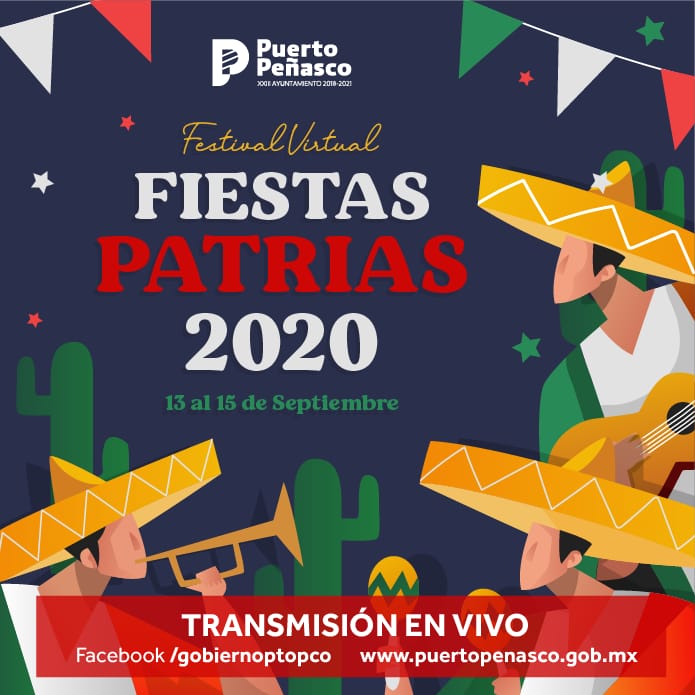 While Covid-19 has impacted how Puerto Peñasco will celebrate the 210th anniversary of Mexico’s independence, the fiesta will go on – virtually!  A virtual Independence Day “grito” will be held on the evening of September 15th.  In addition, a variety of presentations will be aired from Sept. 13th – 15th to complement the festivities! 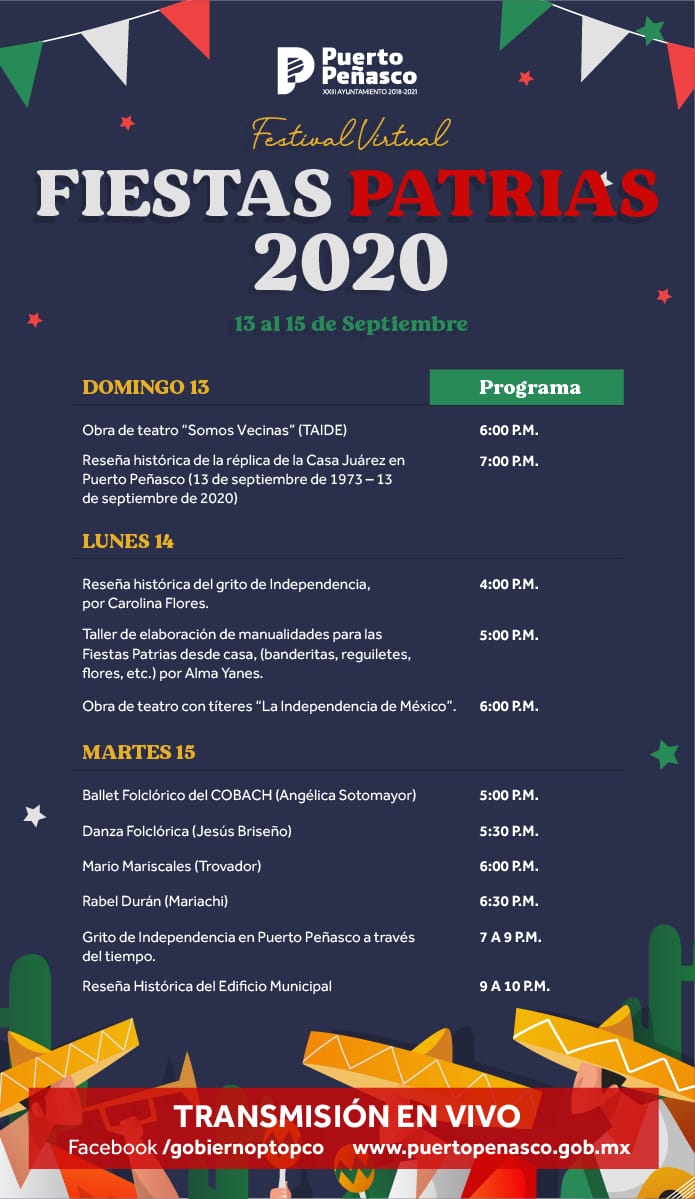 Puerto Peñasco mayor Ernesto “Kiko” Munro detailed this year there won’t be the hundreds of Puerto Peñasco residents who traditionally line the streets around City Hall to commemorate the start of Mexico’s fight for independence. Rather, this year’s grito will be broadcast online to help minimize ongoing risk of the coronavirus. However, the celebration will be marked with fireworks, which will be visible from several spots across Puerto Peñasco.

This will be mayor Munro’s fifth consecutive year for the Independence Day ceremonies, joined by a small number of military and civil authorities. 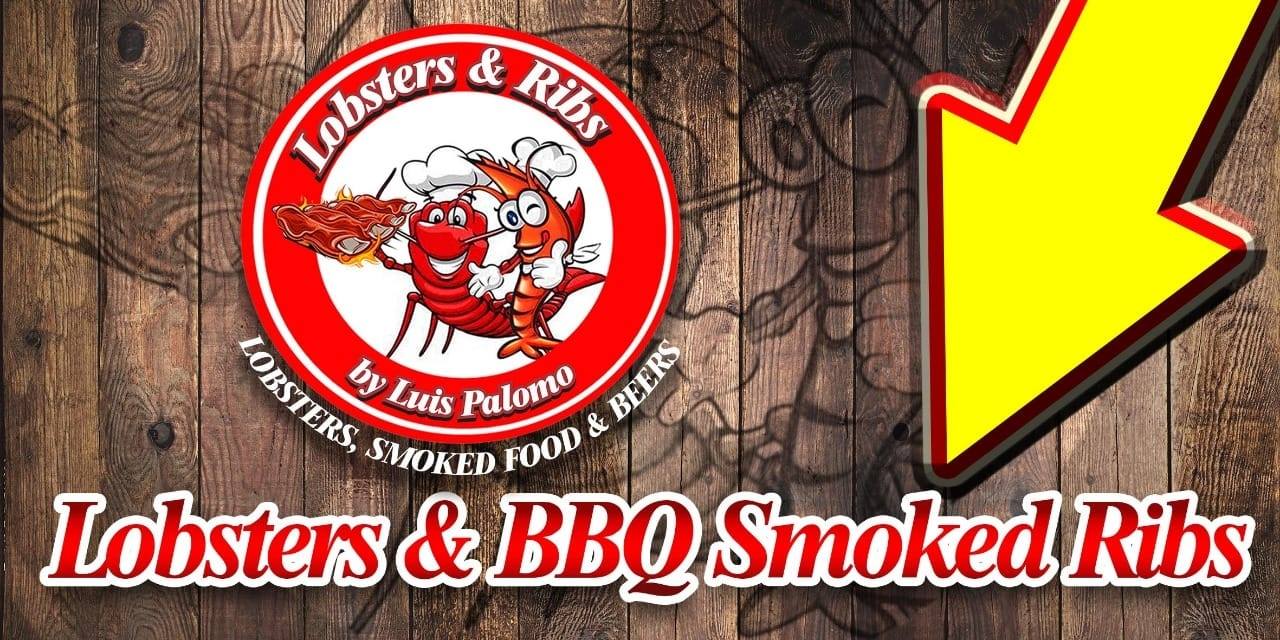