The city’s Tire-a-Thon project begun in March has already eliminated over 65,000 discarded tires from around Puerto Peñasco and the landfill site. With many more tires still to shred, the Tire-a-thon has been extended for about two or three more weeks, reports Marcia Ortega Morales, Municipal Ecology and Sustainable Development Director.

Ortega Morales detailed the tire shredder brought in for the Tire-a-Thon would continue to operate for another two to three weeks, as the goal is to get rid of all discarded tires across the city as they represent a sore source of pollution. 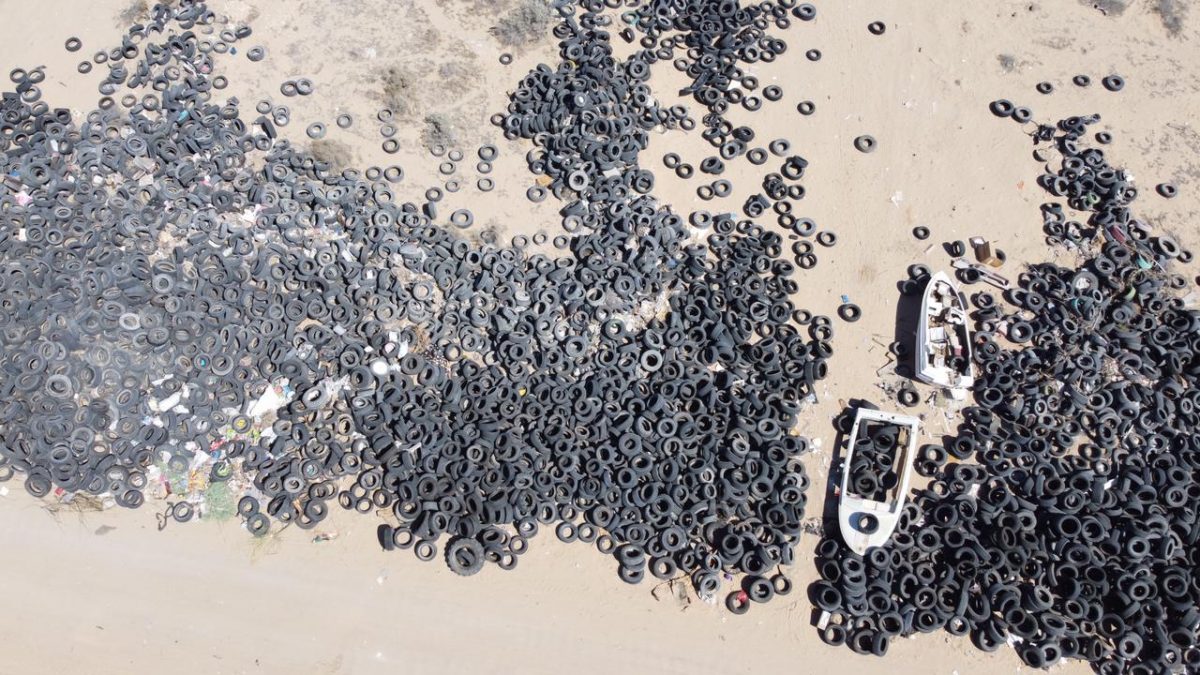 She noted, while there are still many discarded tires at the landfill site to shred, the program has led to another discovery – that of discarded pangas (small fishing boats) hidden under several piles of tires. This is an issue that will also require subsequent attention.

Tire shops are asked to take their used/discarded tires directly to the landfill site, while across the community individuals can take used tires to one of the collection sites operating Monday – Friday, 8 a.m. – 3 p.m. at: recycling deposit on street behind City Hall, Municipal Public Services, or to any of the community development centers in the Obrera, Nueva Esperanza, and San Rafael neighborhoods.