By Azucena Mazón and Shandra Keesecker-Rivero

The 42nd Annual Three Flags Classic of the Southern California Motorcycle Association (SCMA) will be winding its way from Canada at the end of August, over mountains and possibly even snow and storms, in making their way through extreme Sonoran desert heat to the final stop at Peñasco del Sol Hotel in Puerto Peñasco.

During a local press conference with Victor Castañeda, Jr. SCMA Marketing Director and 3FC Co-Chair, accompanied by SCMA Chair “Gonzo” Gonzalez, local coordinator Oscar Palacio Soto, as well as representatives from Tecate and Peñasco del Sol Hotel, Castañeda detailed the 3FC17 is open to about 350 bikers. He noted that the ride, which is only open to SCMA members, was already at about full capacity with a month to go. 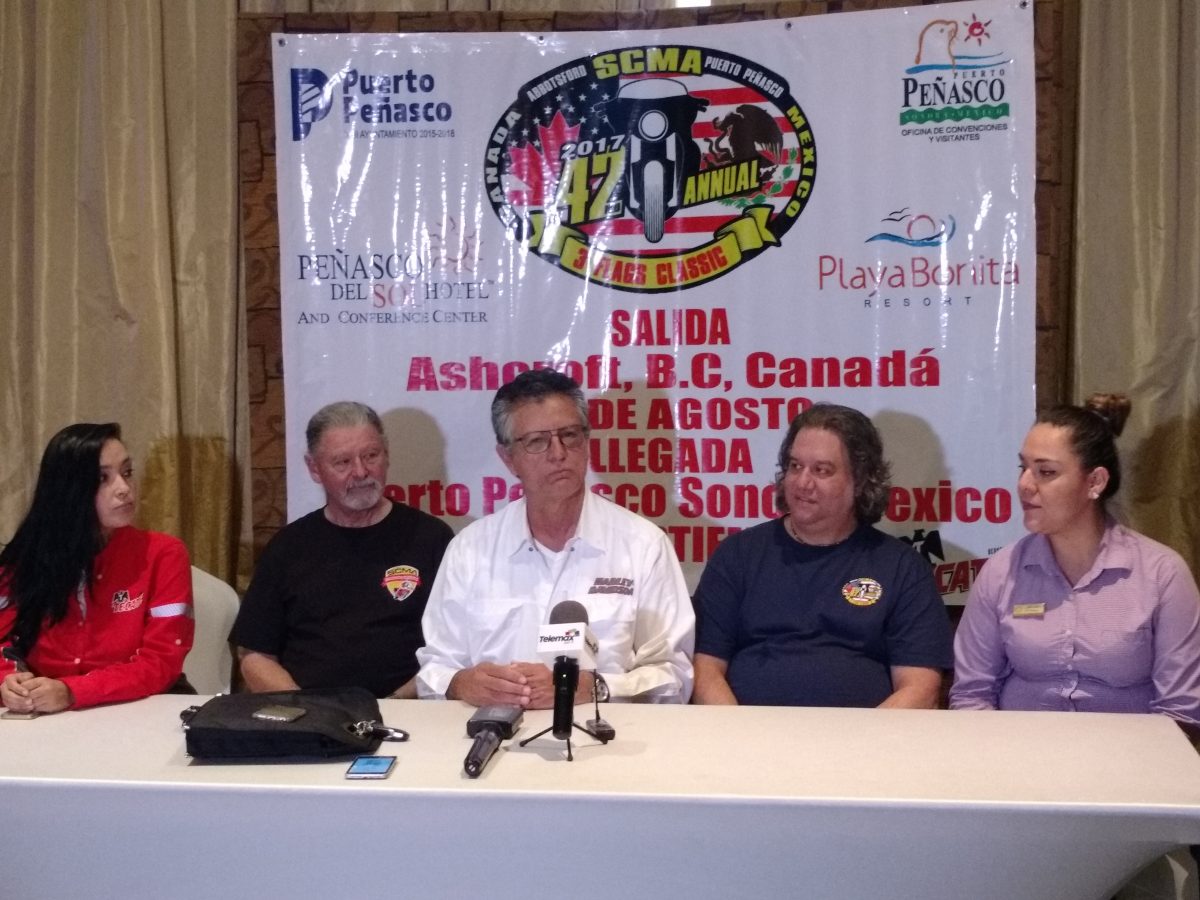 The approximate 2,000 mile ride from Abbotsford, British Columbia to Puerto Peñasco, Sonora marks a return of the Three Flags Classic to Mexico after a 9 year hiatus. At one point, detailed Castañeda, the intent was to bring the ride to Puerto Peñasco though the 3FC held off on travel to Mexico during a spell and instead either started or ended up near the US/Mexico border.

He added the 3FC is not a race, but a ride with checkpoints along the way so participants can keep track of their route.  Participants who complete the ride will receive a commemorative belt-buckle, he described, stating he isn’t quite sure if anyone actually has all 41 previous buckles – though believes that many bikers have over 30 or so. 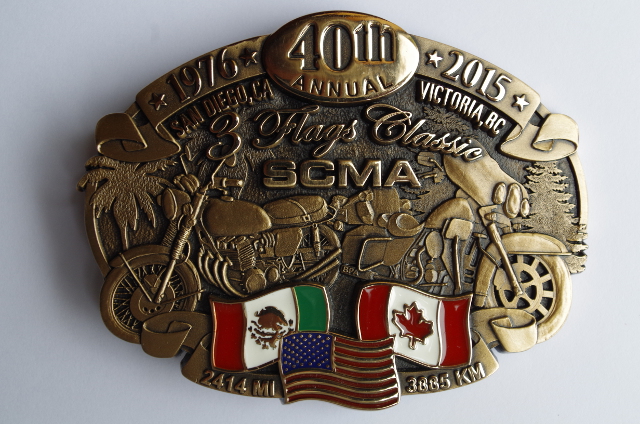 Oscar Palacio, who together with Peñasco del Sol Hotel is one of the event hosts locally, emphasized the importance of Puerto Peñasco as an end point as the city is also site to the traditional Rocky Point Rally each November. He added this will be the first time many of the SCMA bikers visit Puerto Peñasco, and perhaps we’ll be seeing them again come November (17th Annual Rocky Point Rally is scheduled Nov. 9 – 12, 2017)

SCMA Chair Gonzo Gonzalez, who stepped in as Three Flags Chairman after former chairman Chris White suffered a serious accident earlier this year, explained while SCMA began in Southern California as the name describes, their members can be found across the globe and of course new members are welcome!  González remarked SCMA members can be found in the U.S., Canada, Mexico, Nigeria, Australia, England, and Germany, among other spots.

Curiously, the banner at the recent press conference announced the ride would start in Ashcroft, B.C. rather than Abbotsford (Ashcroft is about 175 miles north of Abbotsford) – however, the starting point IS Abbotsford! As one rider chimed in, hey “What’s 300 km? Think they got too excited.”  Safe travels and hasta pronto!