Sonora Governor Claudia Pavlovich acknowledges after reviewing various scenarios with scientists, health professionals, researchers, and academics as to how and when to reopen economic activities in the state, even in the best case there will continue to be ongoing cases of Covid-19 and deaths. However, in stressing the goal for at least 75% of the state’s population to remain at home – or rather self-quarantine – over the next two weeks, eyes are set on beginning to reactivate parts of the economy between May 16th – 22nd.

The Governor’s message came after a meeting of the State Health Board on May 8th, which looked at various possible scenarios to reactivate the economy and how the pandemic may behave in Sonora with an increase in mobility.  The Governor stated the pandemic itself has no end date, though we believe we are taking the correct steps. “These two themes – health and the economy – are a priority for me,” emphasized Gov. Pavlovich.

She detailed the Federal Government specified two dates to reactivate the economy across the country, May 18th being that for areas with no or low rates of Covid-19, and June 1st in other parts of Mexico.  With these dates in mind, in a very gradual, ordered, and progressive manner, and under strict protocols, Sonora is looking to begin the process of reactivating certain sectors of the economy.

Without more specific details as to what parts of the economy may be reactivated prior to others, Governor Pavlovich noted the process will be based on the following indispensable steps.

On Monday, May 11th, Puerto Peñasco mayor Ernesto Kiko Munro has announced he will be on the 8:30 a.m. radio (internet) program of La Reyna del Mar’s Facebook page: La Reyna del Mar Radio, as well as on Channel 130 on Megacable, to discuss plans on how the city plans to reactivate the local economy. 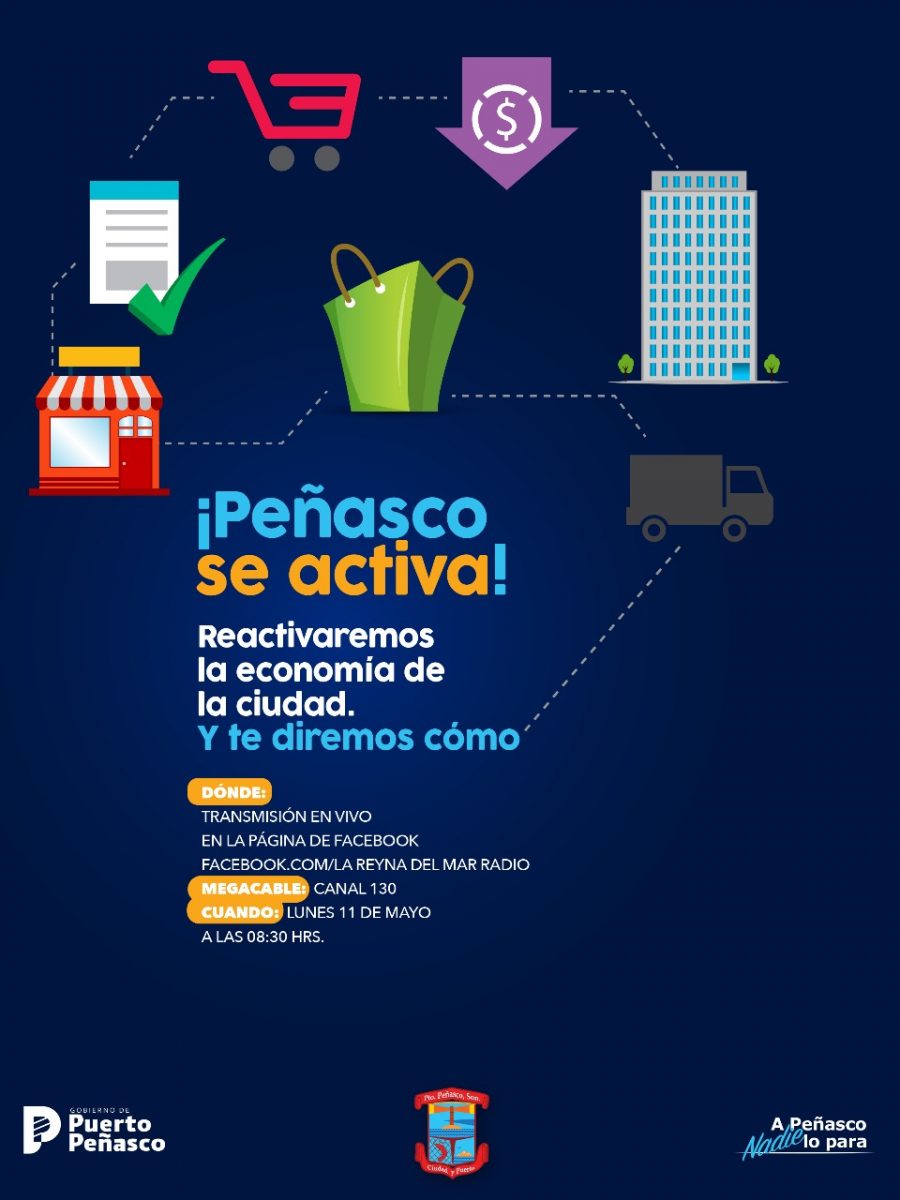