Travel limitations for non-essential purposes went into effect on July 2nd in the state for visitors entering Mexico from the U.S. via all Sonora land border entries.  The goal of the measure, which reportedly is to be in place from July 2nd – 5th, is to prevent the spread of Covid-19 over what was expected to be a busy weekend due to the 4th of July U.S. holiday.

If you are not a resident (with proof of residence) or a Mexican citizen, and if the purpose of your visit does not fall into the essential categories, you will be instructed to return to the U.S.

In a press release from Mexico’s Foreign Secretary Marcelo Ebrard Casaubon, Mexican consulates in Arizona were advised to notify both Mexicans and foreigners to avoid international travel to and from Mexico at this time, except in cases that could be qualified as justified (labor, commerce/trade, medical appointments).

Health filters have been installed just beyond the border entry points into Sonora, and along some highways, to protect the health of Mexico’s population.   The filters, which include personnel from municipal police and the National Migration Institute (INM), among other agencies, will determine if travel is considered essential and, if not, people are asked to return to the U.S. 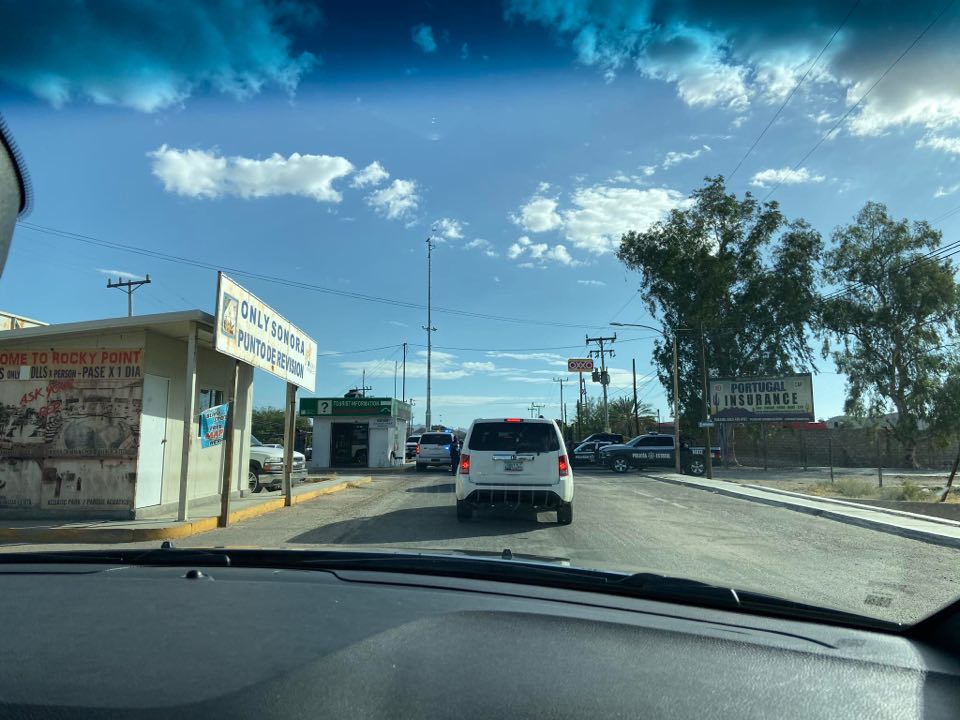 An initial press release from Sonora Governor Claudia Pavlovich on July 1st had indicated this effort would go into effect this weekend, due to the expected influx of people over the 4th of July holiday.  In Sonoyta, just beyond the border crossing in Lukeville, AZ, the operative went into effect at approximately 4:30 p.m. on July 2nd.

Earlier this year, the US, Canada, and Mexico had entered an agreement to limit “non-essential” travel at land border entries. That general instruction remains in place until July 21st, though up until now Mexico had not enforced the measure – which is still not being enforced directly by customs personnel at the border.

Due to increasing numbers of Covid-19 cases in Arizona in particular, earlier this week Sonora Health Secretary Enrique Clausen had expressed he would be requesting enforcement of the non-essential travel limits for entry into Sonora.  Yesterday, Governor Claudia Pavlovich announced an agreement had been reached with the Mexican Foreign Secretary so that Sonora could implement the health filter measures.

Sonora agrees to visitors with prior reservations in Puerto Peñasco