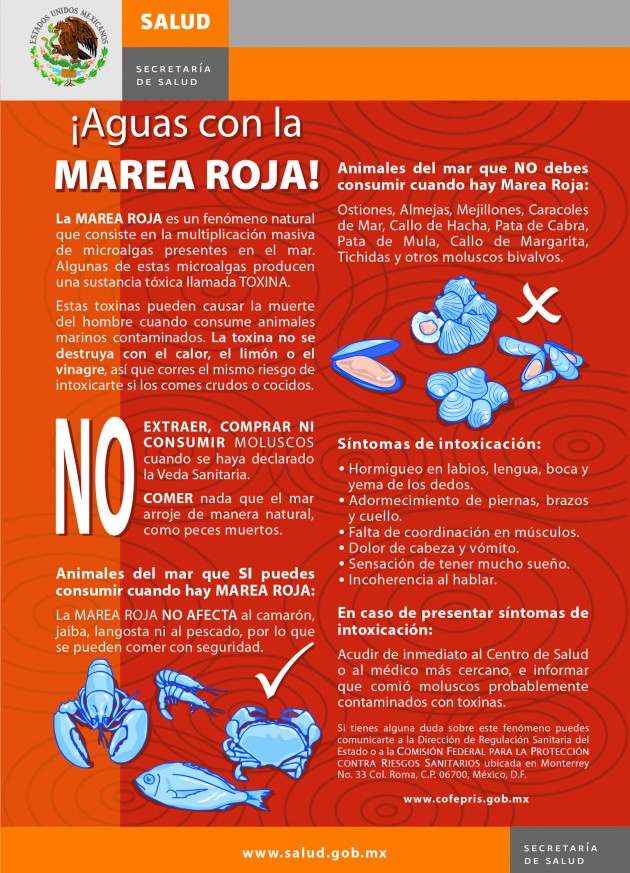 This closure was initiated after biological studies by the Secretary of Health along the coasts of Puerto Peñasco, as well as along the entire stretch of Sonora and Baja California, found evidence of natural toxins stemming from the massive multiplication of micro-algae. This is better known as a “marea roja” or Red Tide, which can affect the human organism.

Ubaldo Armando Sánchez, Director of the Municipal Health Control Office, confirmed they are taking preventive measures locally by notifying 42 restaurants, along with seafood and cocktail carts about the current closure.

He indicated commercialization of the mollusks, including frozen, is also currently prohibited even if they had been captured prior to the closure.

He clarified the marea roja only affects mollusks, and not species including fish, shrimp and octopus, which can be consumed without risk. The current health closure will continue until samples show the toxin levels have decreased.

Artist grants recognize one of our own!