A fire registered on Thursday afternoon in the dock area of Rocky Point led to severe material losses, though no injuries, while impacting three vessels in all.

Fire Chief Luis Armando Flores Oropeza, along with Alan Ontiveros López, Director of Civil Protection and Fire, detailed the fire at the docks occurred at approximately 7:30 p.m. on July 15th.

After receiving the report of a fire on a floating vessel within Safe Marina at Luis Encinas and Calle 8, upon arrival the Fire Department came across a catamaran completely engulfed in flames and threatening two nearby boats.  They immediately set to maneuvers to suffocate and cool the fire, working to control the risk to other vessels.

The catamaran engulfed in flames came loose from the mooring at one point, meaning they had to tow it first to the initial spot and then to the rocky edge next to the docks to ensure it wouldn’t sink.  Firefighters were able to control the fire after 2 hours and 15 minutes, without any injuries to individuals to report.

Boats impacted by Thursday evening’s fire included King Catch, as well as the vessels Tucson, AZ and Lidia Hope. The cause of the fire is currently not known, though apparently started on the King Catch, which suffered total loss. Experts from the appropriate offices will be brought in to investigate.

Ontiveros, Director of Civil Protection and Fire, strongly urged the community to remain alert to response maneuvers of the local fire department while not hampering their efforts by blocking the way. He emphasized onlookers are often not aware of either ongoing risk or dangers in hindering the Department’s work. 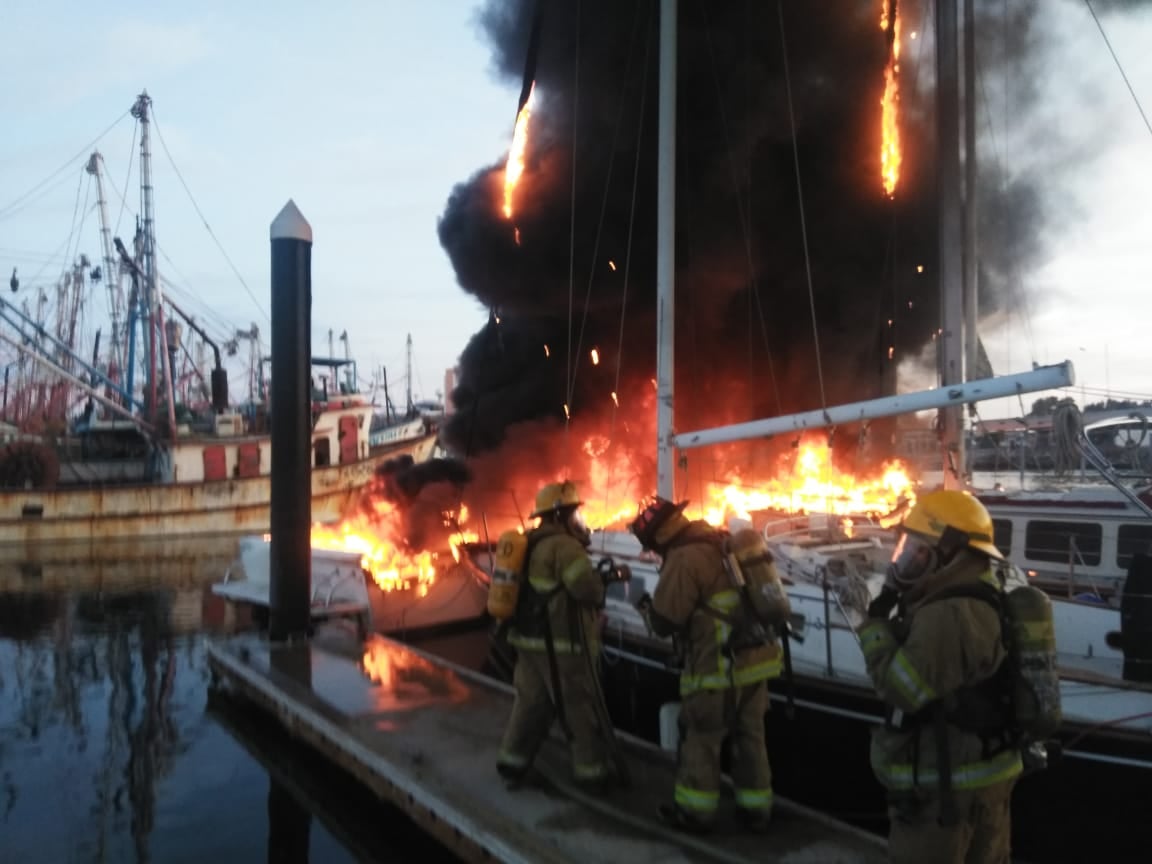 Additional response and assistance to the incident included an individual water truck, the URI011 unit of the Youth Patrol, unit 096 from Public Safety, Unit 400422 from the Navy, Unit 70737 from the National Guard, and Harbor Master Luis Castro Galán.

An Enchanting adventure at Encántame Towers