On Dec. 7th, Rocky Point Rally founder and head organizer Oscar Palacio Soto, accompanied by mayors of both Puerto Peñasco and Sonoyta along with the local Convention and Visitors Bureau, presented proceeds from this year’s 20th Anniversary edition to local institutions benefiting from this charitable facet of the rally. Funds raised at the rally come from those who stop to register, take part in the Poker Run, or sign up for the Saturday Bike Show. ¡Gracias! 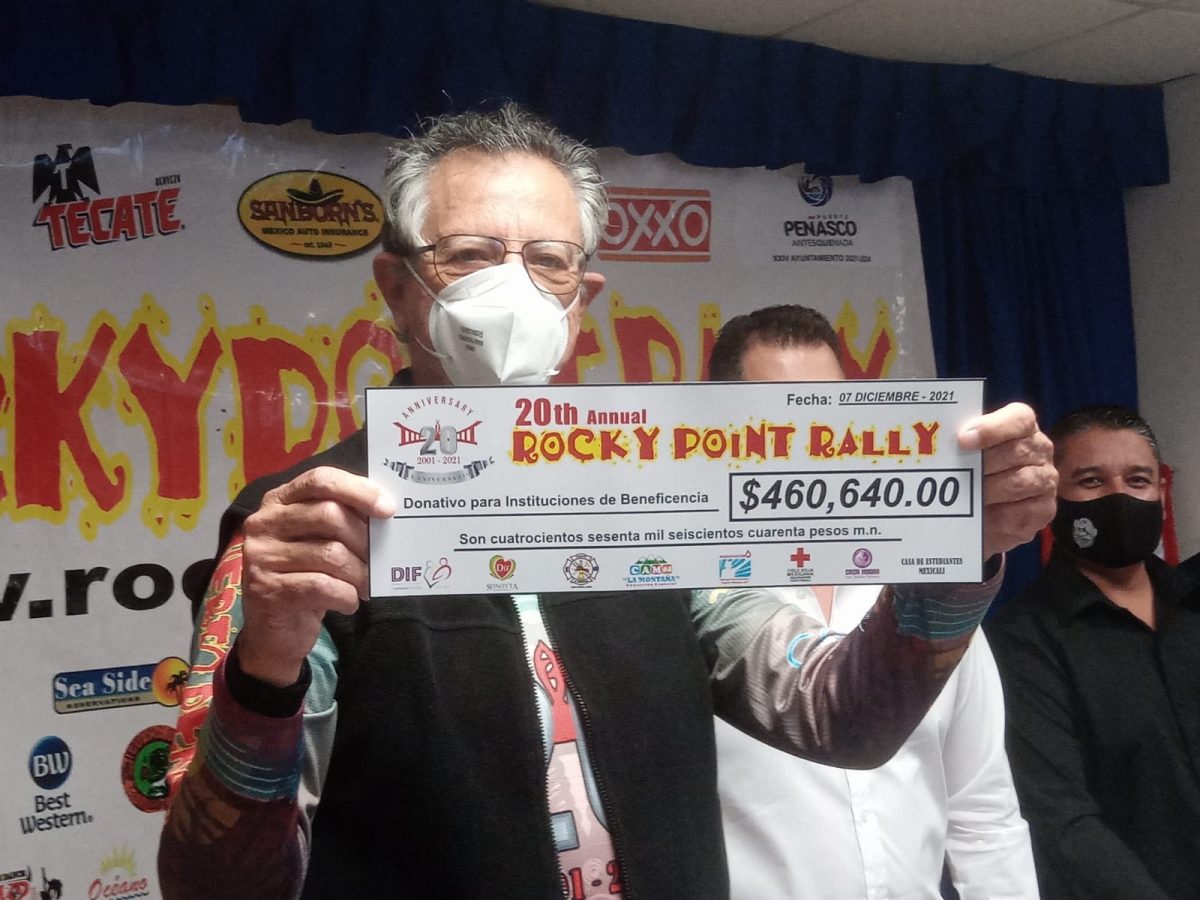 The 20th Anniversary of the Rocky Point Rally, held Nov. 11th – 14th, welcomed over 5000 motorcycles to the area along with more than 20,000 tourists. These numbers surpassed expectations, particularly following 2020 when the official Rally was cancelled due to health concerns.  Palacio noted, as registration remains in essence a voluntary donation, the number of actual registrants is lower than the overall number of bikers who come to the rally. Still, in its 20th Anniversary year, the Rocky Point Rally raised nearly half a million pesos (460,640 pesos – or about $22,000 USD). Palacio noted this is 15% above what was raised in 2019.

Groups benefiting from funds raised during the Rocky Point Rally include:

After acknowledging volunteer coordinator Beverly Arrowood, as well as the late Bill Bingham for their roles over the years in helping with the Rocky Point Rally, Palacio highlighted these donations – and the positive impact the Rally has on the local economy – are largely due to the participation of companies and sponsors. These factors have driven the growth of this tourism-generating event. During the brief ceremony, the Rocky Point Rally organizer joined Puerto Peñasco mayor Jorge Pivac Carrillo to present special recognition to Heineken Mexico for their unwavering support and participation in the rally over the years. 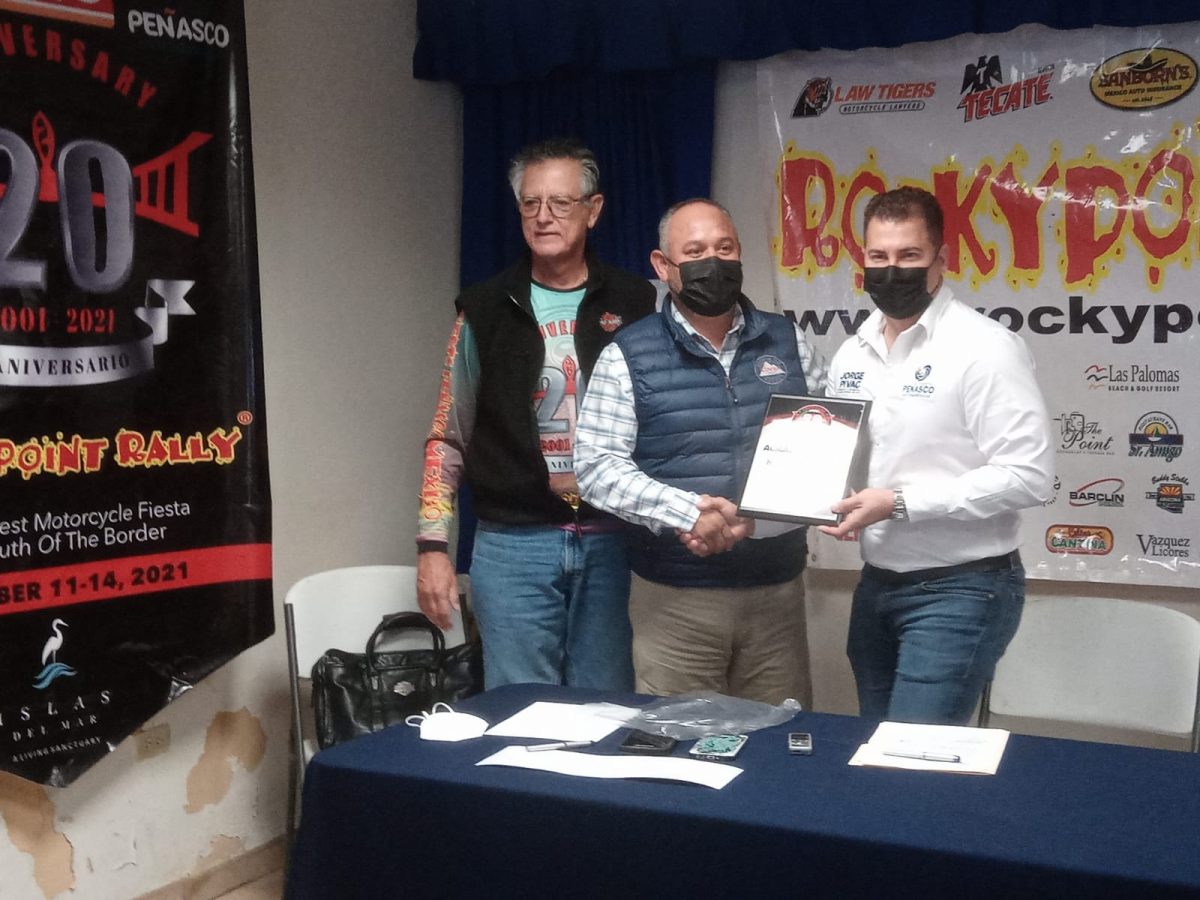 Pivac Carrillo similarly stressed the favorable impact the Rocky Point Rally has on Puerto Peñasco, not only in donations for altruistic associations, but in economic revenue for all sectors of the city. He indicated while the 20th Rocky Point Rally was the first of his administration, they plan to remain attentive to future participation and promotion of upcoming rallies, seeking to multiply positive actions for the people of Puerto Peñasco.

It should be noted that since 2001, the Rocky Point Rally has donated more than $300,000 USD to institutions in Puerto Peñasco and Sonoyta, that is, about 6 million pesos.

CEDO waves of accomplishments in 2021 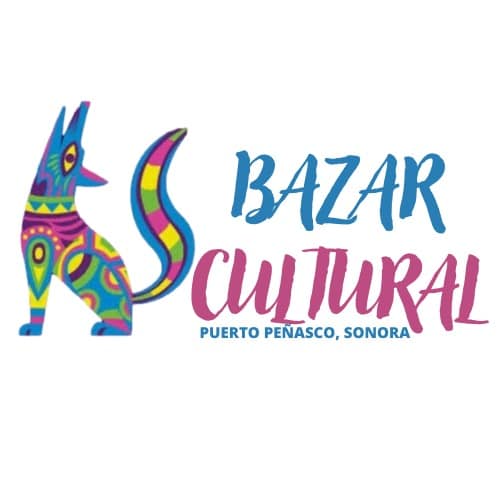