The young fin whale rescued on July 7th in Puerto Peñasco, is presumably alive in the Sea of Cortez, remarked biologist Humberto González Veliz of the local office of the Federal Maritime Land Zone (ZOFEMAT).

More than a month following the beaching of two whales in the area of El Mirador, one alive and one deceased, González Veliz reported in coordination with PROFEPA, CEDO, and other institutions, they have provided follow-up on these occurrences which occurred nearly simultaneously. 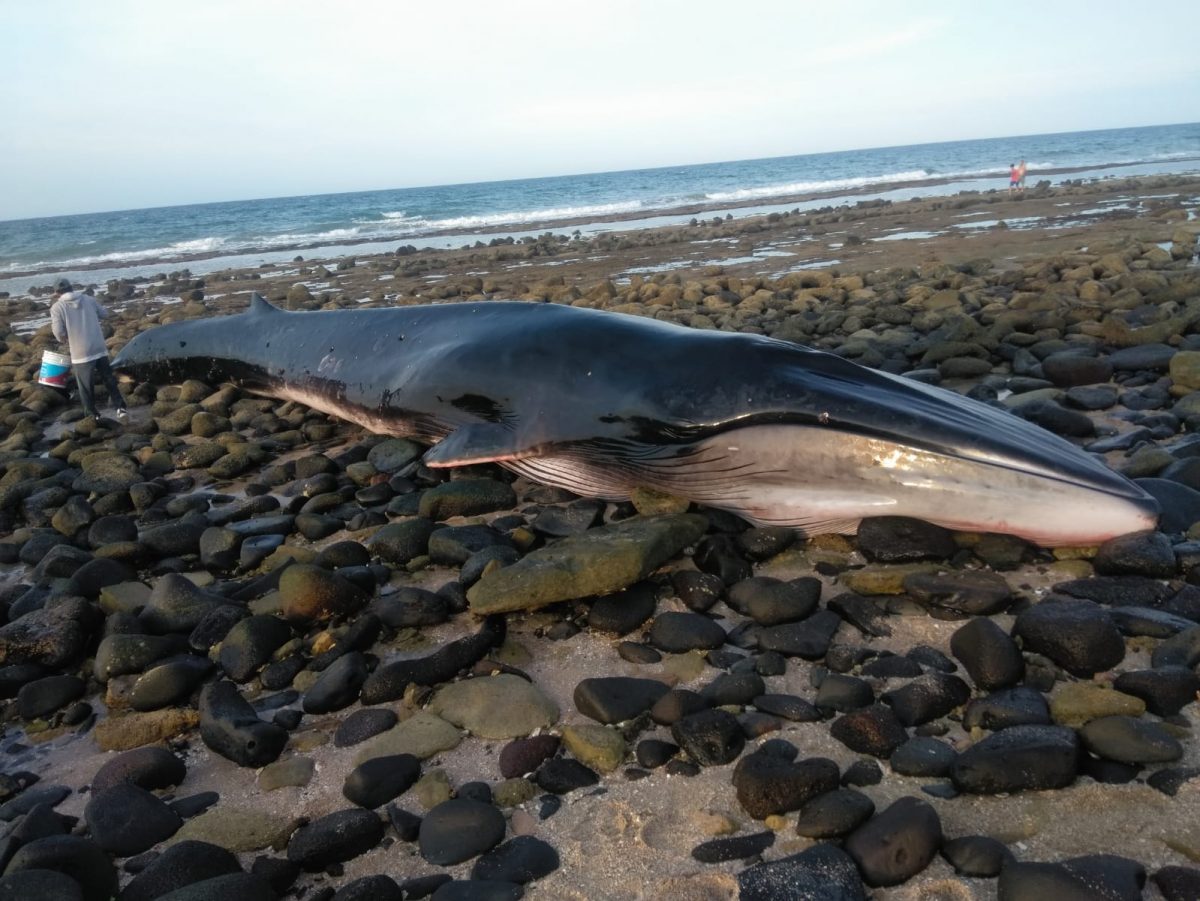 He detailed info on the fin whale rescued and returned to the sea on July 7th, thanks to the collective community effort, points to having been spotted in the northern part of the Upper Gulf of California.

As to the female beached whale found on July 9th, procedures are still underway to clarify the cause of death, though it is presumed this was caused by dehydration and lack of food.  The whale carcass was removed from El Mirador and buried near the CEDO facilities for future study and possible skeleton display.

Fortunately, González Veliz remarked, no other beachings of whales have occurred in the region though they remain alert to any situation.  In addition, they are awaiting better weather so they can undertake in-depth studies into conditions in the Sea of Cortez and its impact on marine flora and fauna.

The ZOFEMAT biologist encouraged the community to report any such situation to 911, or to appropriate municipal agencies. He also underscored the importance of keeping the beaches and coastlines clean.

CEDO reopened to visitors since June

Fall Fashion Fiesta: Save the Date!