After several years of being put on hold, construction on the Esmeralda Luxury Resort was given new life last weekend following an investment of 110 million dollars into the project. These funds will allow for construction of 281 condominiums within the seven different towers along Sandy Beach, one of which is almost complete while plans are underway for the remaining six, expected to be finished before 2020.

Daniel Butterfield, real estate developer and property manager of Esmeralda Luxury Resort, emphasized the project will help to strengthen Puerto Peñasco as a first-rate tourist destination while contributing to the city’s development.

“The real estate projects we are developing will benefit both the city of Puerto Peñasco as well as the city of Phoenix, Arizona,” he announced, detailing, “once completed this will be a 5-star resort.”

Municipal Economic Development Coordinator Jorge Valdés Félix indicated renewed activity on Esmeralda Luxury Resort is part of a series of real estate investments in the municipality aimed at creating new jobs and greater economic revenue.  He detailed other important projects include that of Grupo Vidanta, encompassing a covered park and construction of 1000 hotel rooms at the Grand Mayan, 66 condominiums at Corona del Sol, and upcoming construction of 50 properties with the Spanish Grupo Iberdrola.

Accompanied by his wife Linda, Mayor Kiko Munro stressed the trust of new investments and real estate developers in returning to Puerto Peñasco.

“I’d like to thank Daniel Butterfield and Nicolas Najera,” stated the mayor, “for the trust of the investor group they represent. We will continue working hand in hand, and my commitment is to ensure all investments are safe and provide the positive results we all want.” 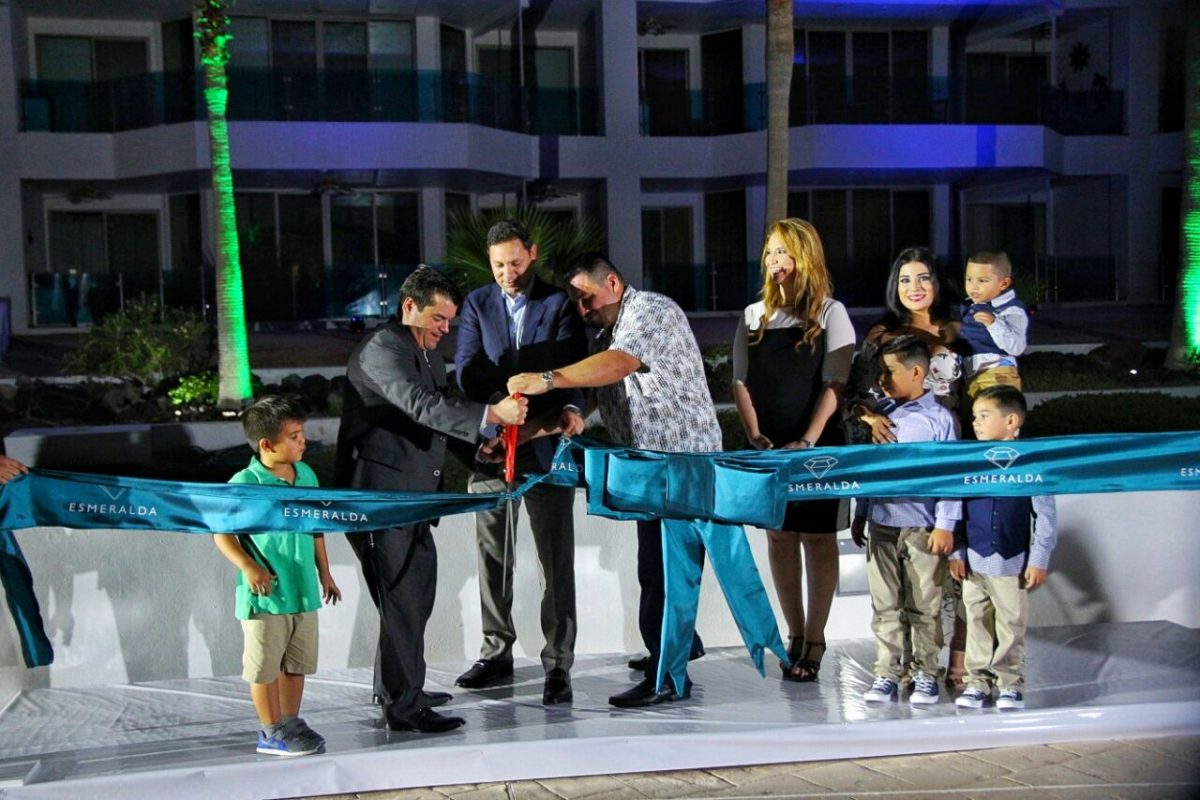