The first Sand Castle Competition in support of the José Dávalos Casa Hogar home for the elderly brought together children and adults for an enjoyable afternoon on the beach.  Participants dove into building their own sand castles, with proceeds from registrations going to the home.

The contest, which was the first for Casa Hogar, surpassed expectations for a warm August afternoon with the participation of 9 groups who had an hour and a half to build their castles, which had to have one element measuring at least 1 meter tall.

Members from each team were also called on to participate in activities such as beach soccer, tug-of-war, and the limbo – all for extra points.

In the end, first place went to the towering castle of the Realistics team, followed by los Delfines in second, and the local Rotary Club in third – who sadly saw their flag topple just before the judges came by (knocking off some height).  The top two teams received prizes provided by numerous sponsors.

Santiago Ruiz, Board President for the José Dávalos Casa Hogar, congratulated all on the participation and particularly because it all took place in a family atmosphere combined with thousands of passing tourists on the beach in front of the Navy palapa.

Ruiz made assurances they would plan to hold the event again next year, and work to improve on it in seeking even greater participation from the community with even more fundraising for the “casa de los abuelos”. 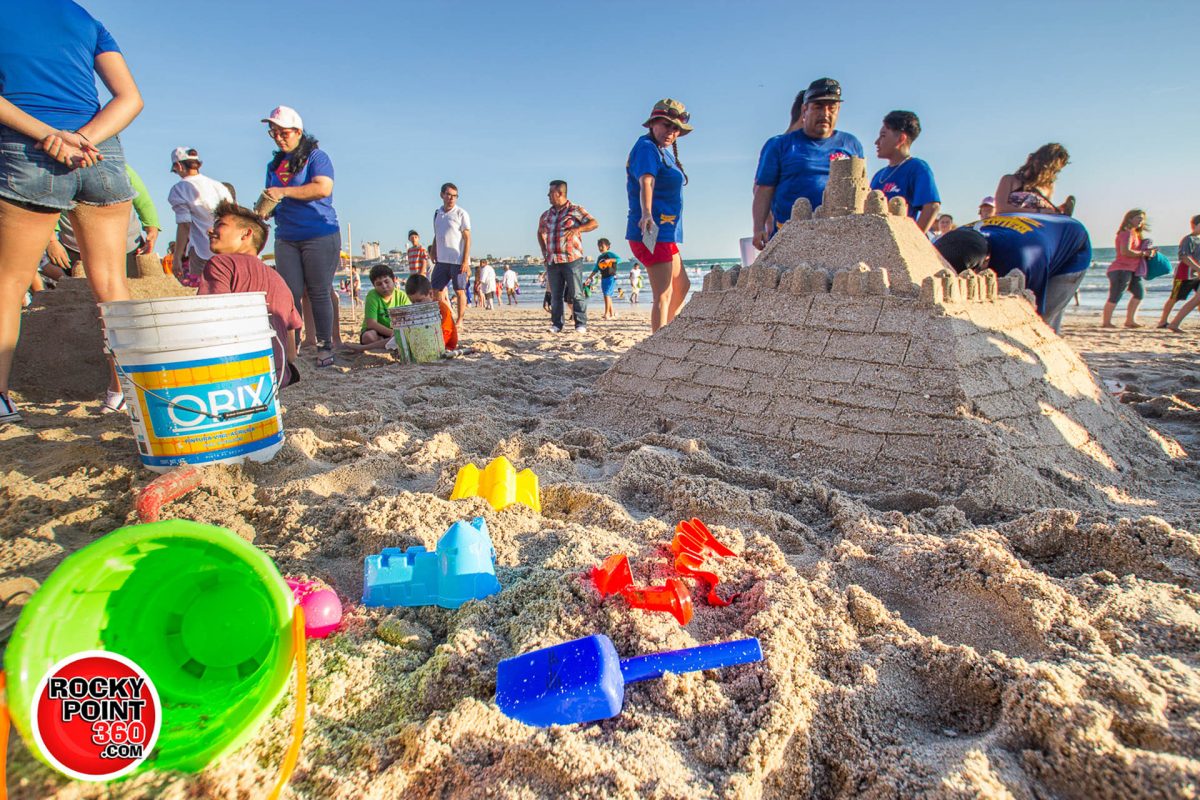