With registration for Circus Mexicus’ Rock & Soccer tourney opening up March 26th at: http://www.peacetimegoods.com/    we thought it was a good time to revisit our own chat with Roger Clyne from back in January when he told us about the 3 days of events surrounding Circus Mexicus. So, get your team, get your tickets and come back down to Rocky Point in June! Here’s to life!  Salud!

A weekend with RCPM in Rocky Point Part III

Though up until this past January Jam I was somewhat of a stranger to the captivating tunes and glow surrounding Roger Clyne and the Peacemakers, Roger Clyne on the other hand is no stranger to Rocky Point. 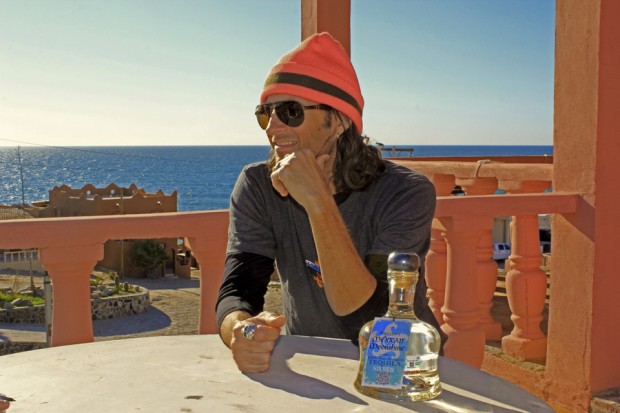 Sitting on a patio overlooking Cholla Bay he tells us he has been coming to Rocky Point since his early teens from his home state of AZ. In 2000 he started playing shows here in town with the Peacemakers, the first one being out on the patio of Sunset Cantina (across from Peñasco del Sol). For years, Roger Clyne and the Peacemakers would draw the faithful to Rocky Point for two huge concerts put on in the large lot near Peñasco del Sol – once in the Spring and another in the Fall.  Then, five years ago they began doing January Jam out at JJ’s…and yes, there were people at this one that have been there for all five. Similarly, Circus Mexicus became solely an annual event (in June) and moved to the large lot in front of Chango’s over on Sandy Beach.  **This year 2012  the Circus is moving over by Wrecked at the Reef** 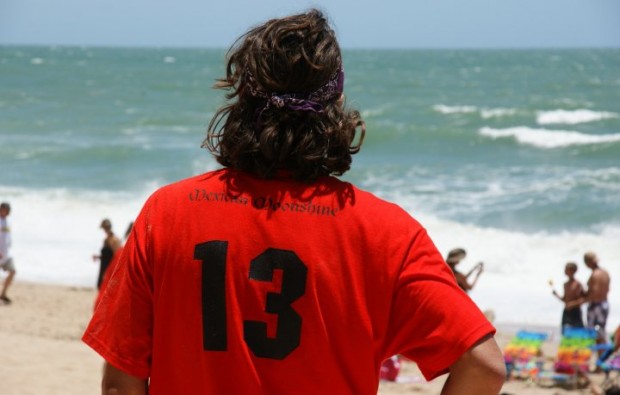 As Roger tells it, Circus Mexicus is so much more than solely the concert on Saturday night. For years, they have been doing a “Hot Dog & a Smile” charity event on the Friday before with proceeds going to the local group Esperanza para los niños, and there are bands that night to get the music going. On Saturday, before the concert, there’s also a “Rock and Soccer” charity beach soccer tournament – proceeds from this have gone to the Larry Large Foundation and also involve the growing Youth Sports Foundation. Roger says it’s a great time as people sign up their teams, send in their shirt sizes, and get in on some great beach soccer before the concert. Then there’s the concert…. “here comes another song about Mexicoooooo…..!!!”  It doesn’t end there – oh no. What first started years ago at JJ’s and a round of Bloody Marys as a “place for the band to meet” before heading back to the US on Sunday after the concert, the day after the big concierto is now known as “Mañanathon” – with a line-up of even more groups and personal appearances by Roger and the band at JJs throughout the day. 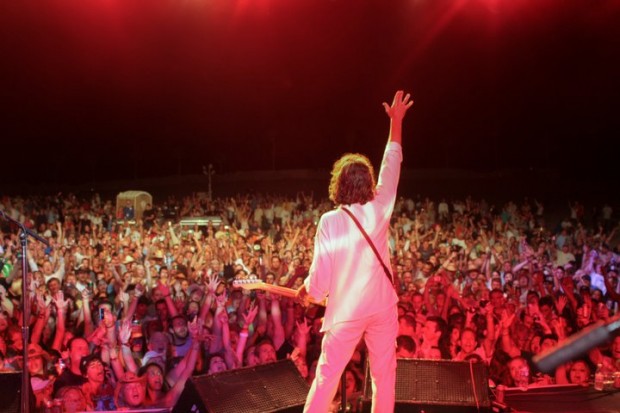 This year’s Circus Mexicus is scheduled for June 9 (so I’m thinking you had better plan to be in Rocky Point by June 8th and block out your calendar through at least the 11th).

Before we got up from our interview in Cholla Bay so Roger could get ready for that night’s January Jam, we briefly shared experiences of driving 70-something VWs across Mexico (he and his wife in a VW Bus [before they were married] and we in a VW Thing). His love and respect for Mexico, its culture, its people, music, and oh yes the tequila is profound. He says he loves coming to Rocky Point and has no concerns about drawing the “faithful” south of the border. Yet as a fellow traveler, he’s also conscience of people’s questions or concerns and tells us “I’m a family man, I’m a business owner, I’m a citizen – the moment I think that there’s any real danger in having a concert….anywhere….I will find another host location. This [Rocky Point] is wonderful – it’s a safe, friendly, generous, welcoming community – I’m glad to be a part of it.”  We are too!  Gracias Roger…fue un placer y nos vemos pronto! 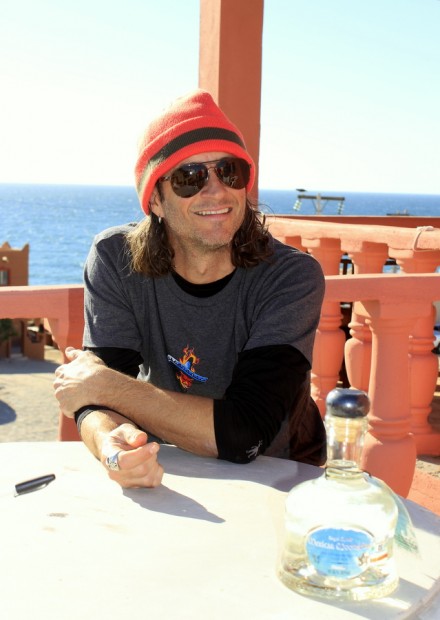 For more information on everything Roger Clyne and the Peacemakers, check:  www.azpeacemakers.com and for Mexican Moonshine be sure to visit: www.mexicanmoonshine.com