Since late March 2020, the Puerto Peñasco Rotary Club (CR Mar de Peñasco) has sought to support the local medical sector and front line workers through the donation of personal protective gear.  This has also included items such as a battery for an ambulance, blood pressure cuffs, and donated linens.

Enrique Rodriguez Ramírez, current Rotary Club president, detailed over the past 10 months the club has distributed items during this health emergency for an estimated value of nearly $12,000 USD.  This ongoing support has allowed the club to deliver masks, gloves, hospital boots/caps/gowns, and face shields, among other forms of protective gear to area hospitals and clinics, the Red Cross, Fire Department, and other institutions.

In recent years, the Puerto Peñasco Rotary Club had joined efforts with the Mermaids arts Market and local restaurateurs for a February food festival.  While this represents an important fundraising effort for the club, due to Covid-19 protocols this year and limits on large gatherings, the Rotary Club invites people instead to join (socially distanced) fundraising efforts through their “Super Bowl Squares”.  For more information, and to get your square, please contact them at: 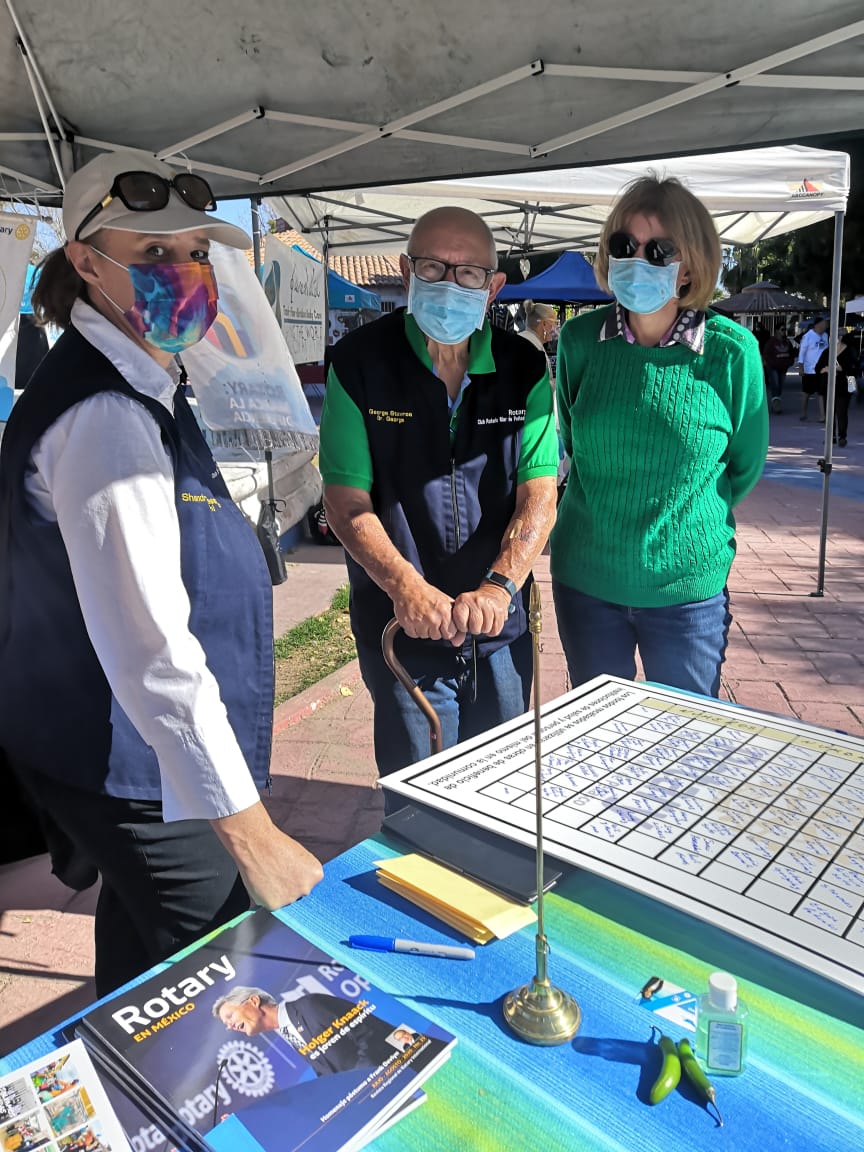 Over 9% population growth in Puerto Peñasco in last decade