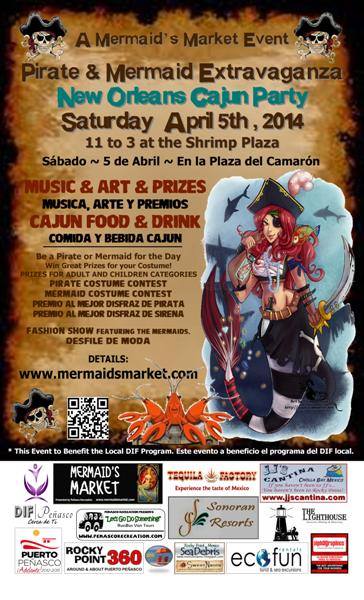 “What is Ka-Huun?”  I’ve heard this question a few times ever since the Mermaid’s Market announced they would be adding pirates, zydeco music, and a Cajun shrimp boil (in lieu of crawfish because, well…we’ve got shrimp) to this Saturday’s arts market at Plaza del Camarón. Ka-huun?  This is exactly how one would pronounce “Cajun” in Spanish and can lead to some interesting conversations.  “It’s a condiment,” one friend stated; “isn’t it a type of music?” another inquired; “…is it a style of barbeque?”

The Urban Dictionary does a great job of explaining Cajun, “The coolest people in the world that make the best food I have ever tasted!” while other definitions point to the Arcadian roots of 18th century immigrants to Louisiana, as well as the dialect of French spoken by those with Cajun heritage, not to mention the music combining blues and European folk music. This Saturday, April 5th, the spirit of Cajun food and music, mixed with pirate costumes and the traditional Mermaid’s Arts Market will spill out of Plaza del Camarón.

“Why pirates?” I asked Russ Black, who along with his wife Naomi have headed up the Mermaid’s Market since it began about a year and a half ago.  “Louisiana was a spot for pirates!” He exclaimed. And yes, indeed Jean Lafitte “The Terror of the Gulf of Mexico” was a pirate with ties to Louisiana… so there you’ve got it Cajun food, pirates, and mermaids…. 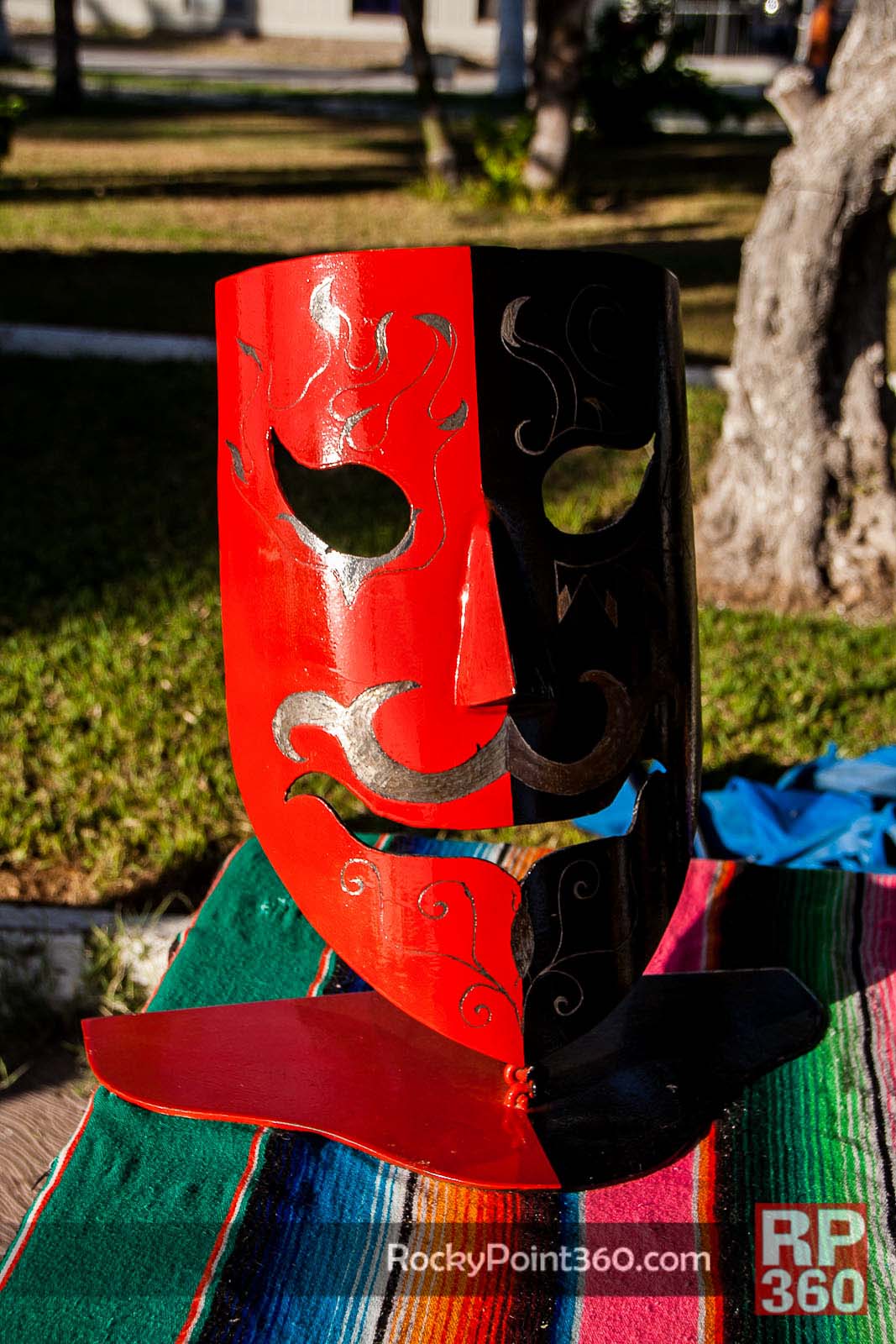 Alma Yanes, recycle artist and frequent participant at the Mermaids market is sure excited for Saturday’s event, and particularly the pirate and mermaid costume contest. She proudly explains, “My only granddaughter and two nieces will be mermaids, each of them in costumes I made with recycled material!”  “Tires?” I ask, as Alma’s work frequently transforms tires into incredible items. “Nooo,” she laughs, “that would be too heavy!  It’s a surprise!”

This Saturday’s Mermaids Market, Pirate Extravaganza and Cajun (that’s “keit-chen” en español) fest gets underway at 11 a.m.  Arrrrrrrighty then!  See you there!