In the waning days of June, a local group of community members from across Puerto Peñasco launched the “Peñasco nos necesita” (Peñasco Needs Us) effort as a way to help protect the city’s “heroes in white capes” via fundraising and in-kind donations to strengthen personal protective equipment (PPE).

“We are a group of friends that observed needs of health personnel in our public hospitals during this pandemic,” described Lillian Castillo Félix, group spokesperson, “this is why we came together and requested help from the community in general via social networks, and among our family and friends. Thank God we’ve received support, and even from friends that live in cities such as Hermosillo, Mexicali, Tucson, and Phoenix.”

The group has made three deliveries of PPE gear to area hospitals since the first week of July. So far, equipment distributed by the group has consisted of KN95 or triple layer masks, surgical gowns, protective overalls, goggles and face-shields, along with boot/shoe covers and caps. Those benefiting from the supplies include staff from the General Hospital, IMSS Family Medical Unit #9 (in Brisas del Golfo), IMSS Center Unit, Urban Health Center, and the local Centinela Unit.

In addition, in response to an urgent petition from the Puerto Peñasco General Hospital this week, the group was able to donate 4 oxygen regulator manometers to Hospital Director Dr. Pablo Martinez Valeriano. In response to the urgent call, an additional 2 manometers were similarly donated to the General Hospital by the local Rotary Club, along with one from the Dr. Francisco Javier Carrillo Foundation, three from a local doctor (Dr. Muñoz), and a final one from David Martinez.

Those who came together to form “Peñasco nos Necesita” detailed as long as medical staff continue to require support they will keep knocking on doors and on people’s hearts. “No one knows for certain when the spread of the virus will decrease, as it all has to do with how the community acts, hygiene, and mobility. This is why we continue to ask for support. Thank you to all you have donated, both in cash or in-kind, and to everyone who has shared this project,” emphasized group spokesperson Castillo Félix. 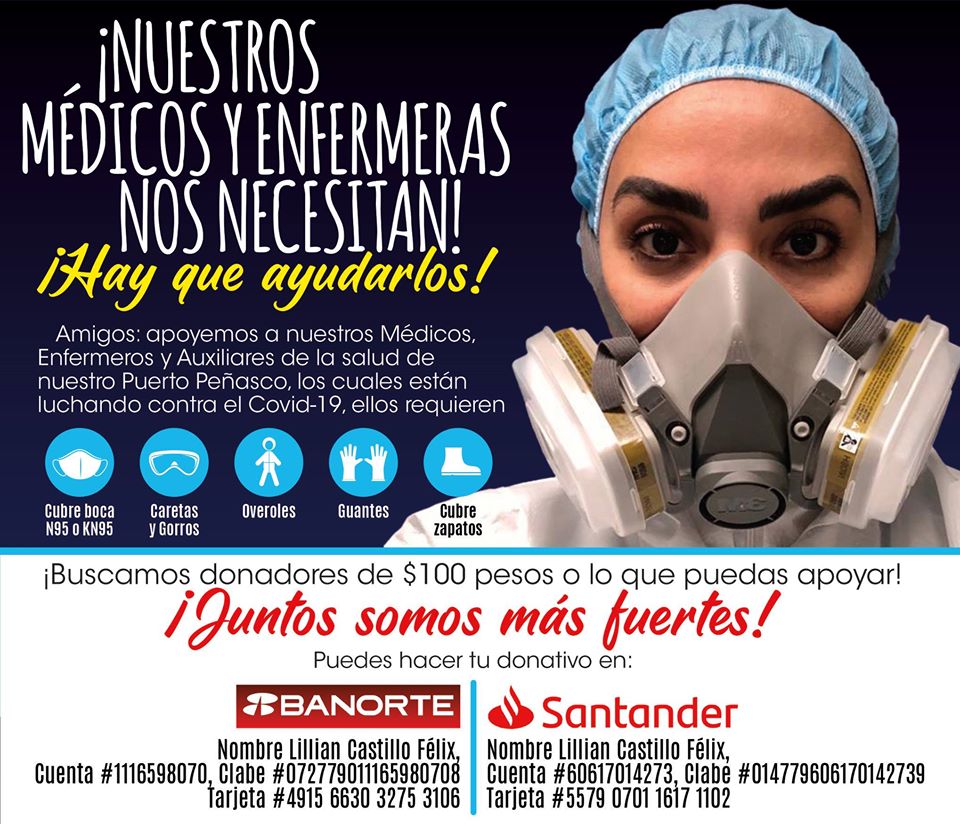