Puerto Peñasco recently earned Blue Flag distinction for a stretch of beach in the Mirador. This adds to the city’s coastal certification and opens up a range of future attractions Puerto Peñasco can offer Mexico and the world, announced mayor Ernesto Kiko Munro.

The mayor stressed Puerto Peñasco continues to be the only municipality in Sonora with Sustainable Clean Beach certification, and now the first in the state to obtain Blue Flag distinction.

The Blue Flag sites for the 2020-2021 season were announced at the June 10th gathering of the National Blue Flag Panel, during which Blue Flag approval was given for a 71 meter stretch of beach in front of Manny’s Beach Club in Puerto Peñasco, along with nine other spots across the country.

The mayor emphasized this part of Puerto Peñasco’s Mirador beach was one of ten new Blue Flag sites in Mexico, including three in Los Cabos (BCS), two in Zihuatenejo (Guerrero), two in Puerto Progreso, (Yucatan), as well as one in Tulum (Quintana Roo) and Ciudad Madero (Tamaulipas), respectively. 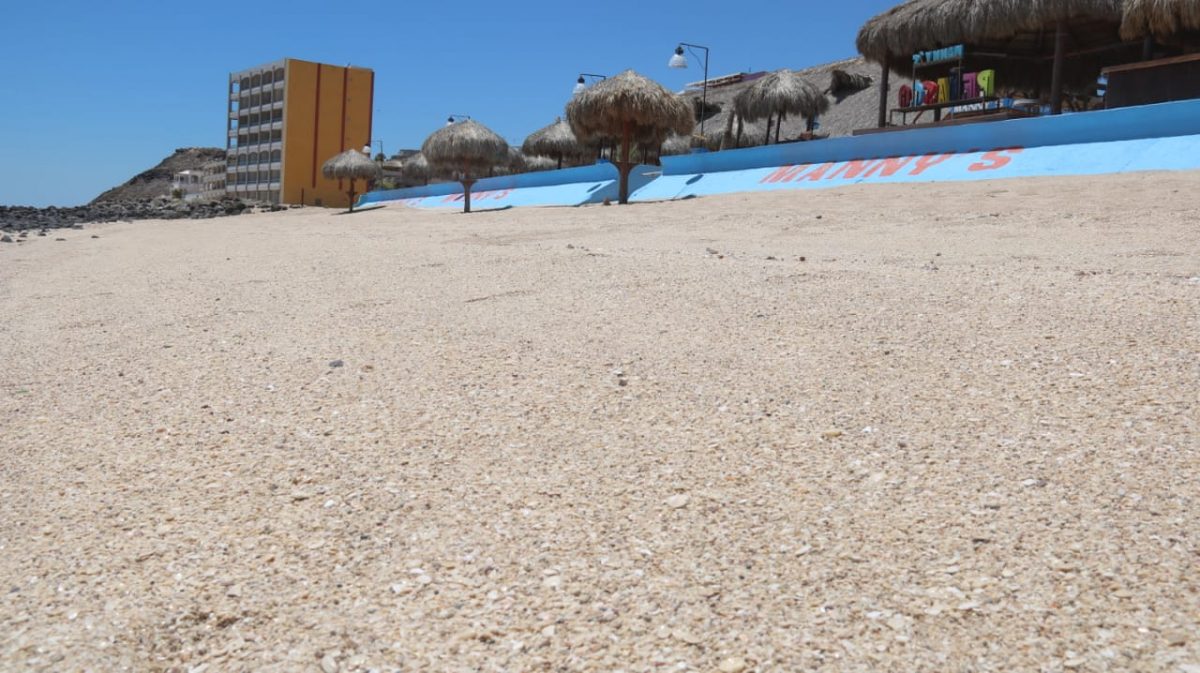 Puerto Peñasco, he detailed, was one of 66 candidates, which included 63 beaches, three marinas, and 25 sustainable tourist boats that met requirements to achieve Blue Flag distinction.

“The new Blue Flag sites can be recognized officially as of July 1st,” he explained, “which is when traditionally the Blue Flag season begins.”

With Puerto Peñasco’s beaches reopening on August 1st, work will begin to meet 33 criteria under such distinction, which includes a lifeguard tower and information kiosk, ramp for persons with disabilities, and a flagpole, along with other elements. In addition, they will need to guarantee water quality, ongoing beach cleaning, and implement an environmental education program, among other points.

“This will provide for constant monitoring at the Blue Flag site, and we are looking forward to a formal flag raising event, which could take place in August,” stressed the mayor.

The mayor clarified, the reopening of beaches is being done pursuant to dates and protocols of the Ministry of Health. 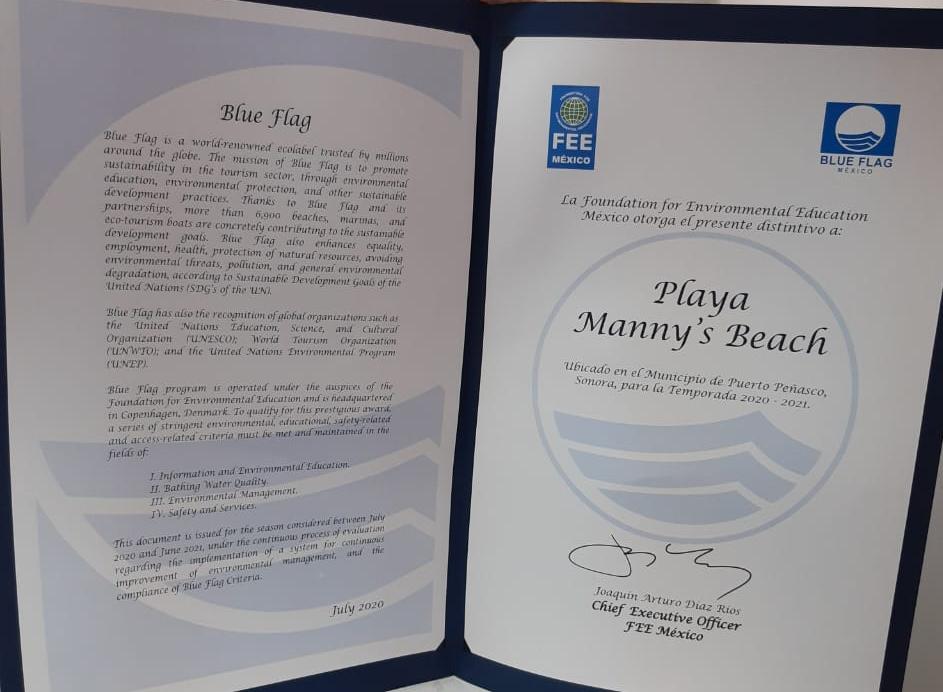