As sunset enveloped Puerto Peñasco on the evening of Sunday, Jan. 19th, the unmistakable outline of the MV Astoria cruise ship of Cruise & Maritime Voyages could be seen once again on the horizon. Back from its first 11-day adventure on the new route “Treasures of the Sea of Cortez”, the ship would be unloading its first adventurous passengers early the next morning before loading up again and setting sail on Monday.  The Astoria’s second 11-day voyage through the Sea of Cortez is well underway, and bookings are still available for the Jan. 31st journey, the third and final of the 2020 season.  https://us.cruiseandmaritime.com/mexican-cruises

Excited cruisegoers returning from the Astoria’s first trip were eager to share their experiences, acknowledging the intimate classic character of the ship they had the pleasure to call home as they explored the ports of Topolobampo, Mazatlán, Los Cabos, La Paz, Loreto, Santa Rosalia, and Guaymas before returning to Puerto Peñasco. 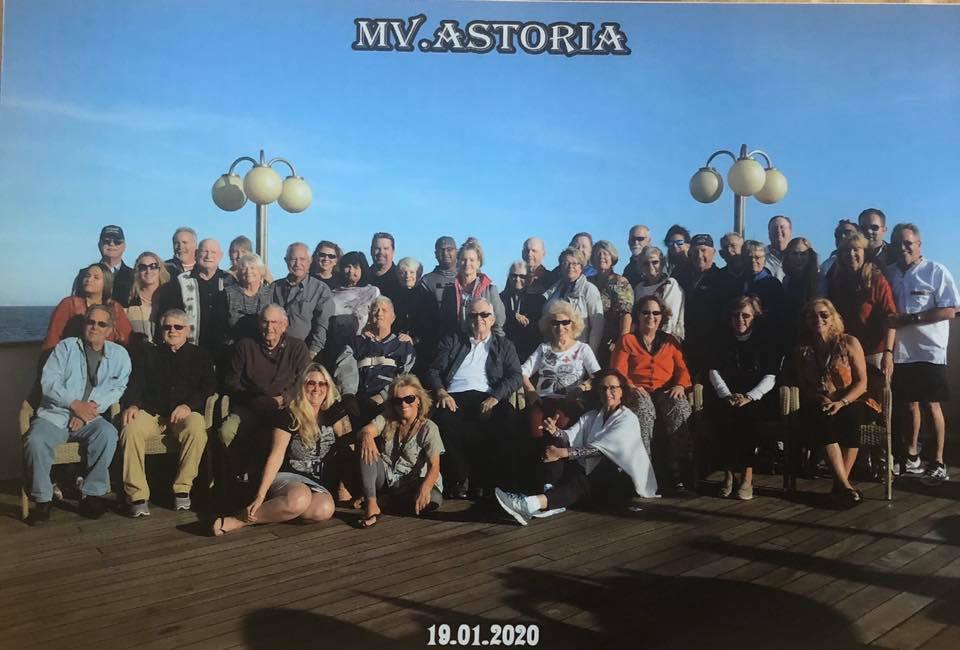 Mary Snyder, local resident and enthusiastic promoter of Puerto Peñasco who is currently part of the Encántame Towers team, set out on Astoria’s first trip along with her sister and several Rocky Point friends. In a quick interview on her first night back from the cruise, Snyder expressed her excitement at meeting several other longtime Rocky Point visitors and residents for the first time among the nearly 500 passengers on board, some having come from other parts of Mexico and the UK. She noted another 70 or so passengers came on board between Mazatlán and Cabo, many of whom are still on the ship as it loops back around. The thrill of the experience, wonder and appreciation for the warm welcome awaiting the ship at each port, on-land adventures (whether with the planned excursions or on their own), magnificent and professional cruise staff, nightly shows aboard the classic ship, and “boutique” feel of the whole voyage was palpable as she delved into details.

Similarly, Rocky Point resident Dolores Vargas Michaels, who I had last bumped into as we waited to board the Astoria for a pre-voyage onboard luncheon, brimmed with excitement after returning from the ship’s first voyage, “I loved this cruise. I have never been on a cruise ship this small, but it was so much better than the big ships. Meeting new people and hanging with Peñasco friends.  DONT MISS OUT, GO!”

Snyder acknowledges there were those that didn’t believe it would ever happen. She encourages adventurers to seize the opportunity to support the cruise and explore the Sea of Cortez.  For upcoming cruisegoers – and those interested in stories from the cruise – Snyder explains, “We have a Facebook page where all of us from the cruise are posting our photos. It’s called: Astoria Sea of Cortez Cruise,” concluding, “It was truly an awesome cruise. Smaller ship that holds only 550 passengers, adults only, and terrific Vegas style show every night. I feel SO blessed to be on the maiden voyage after living here over 25 years!”

Booking is still available for the Jan. 31st departure from Puerto Peñasco:  https://us.cruiseandmaritime.com/mexican-cruises

TIP:  European outlets on board – be sure to bring converter. 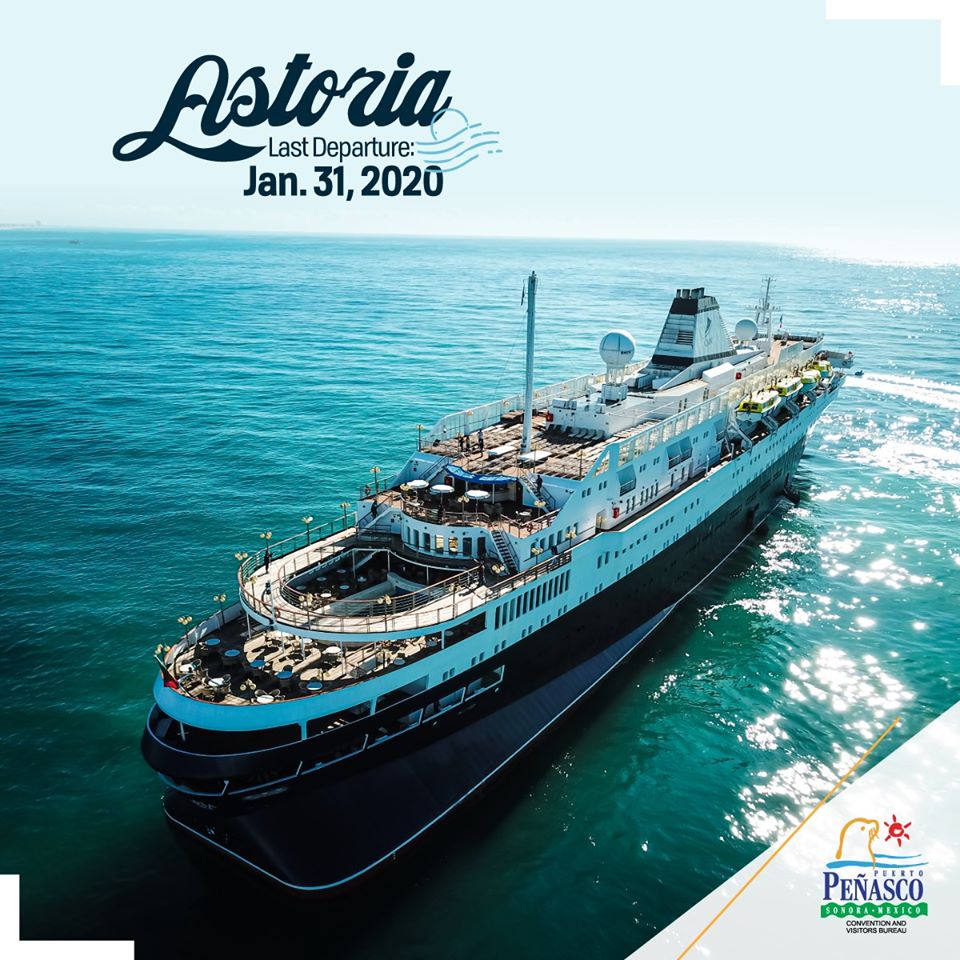