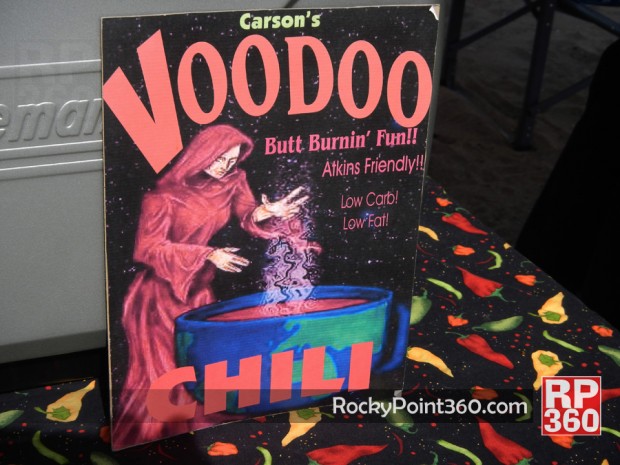 That’s chili, not chile. What is the difference you may ask? Let’s just say that chili is the red-hot dish (TexMex style) while chile is the plant or pod (and of course there’s Chile the country). Speaking of pods, in the competition world of Chili, pods are also individual chapters of the Chili Appreciation Society International (CASI). This past weekend (Jan. 18th & 19th), two pods got together along the beach in front of Playa de Oro RV Park in Puerto Peñasco for their annual chili cook-offs. In learning more about the long history chili lovers have had with Puerto Peñasco, we come to find out this was the group’s 25th year of January chili cook-offs in town (The event is always programmed for Martin Luther King, Jr. holiday weekend by the way – in case you’re taking notes for next year). 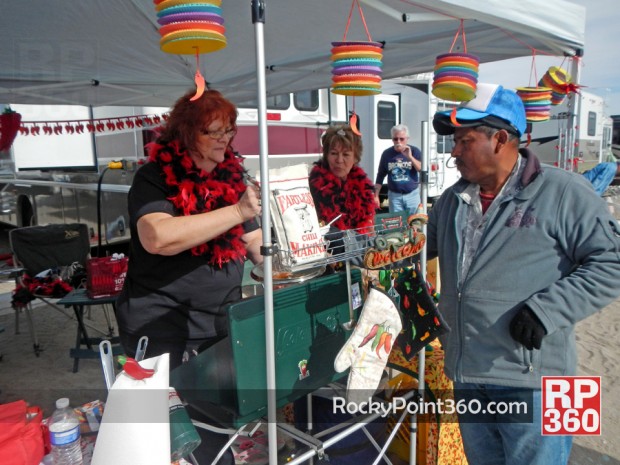 On Friday, the local C.H.O.P.P.S. (Chili Heads of Puerto Peñasco, Sonora) pod got started with two rounds of competition, including four entries in the People’s Choice category and about 15 chefs presenting their best chili for the main battle. In the People’s Choice category, cooks can prepare any type of chili they like which can include beans or other add-ins. In the main chili competition however, it’s all about meat and sauce. On Saturday, the High Desert pod of Sierra Vista, AZ welcomed 24 chili preparing fiends for another savory competition, top three spots of which were to get an automatic pass to the Terlingua International Chili Competition held in the mecca of chili-fests in Terlingua, TX each Fall.  Saturday’s awards, consisting of beautiful ironwood sculptures, had been donated by sponsor Jose Flores of BooBar down in the Old Port for a second year in a row.

In line with CASI’s mission of “raising money for charities through the promotion of chili”, proceeds from Friday’s cook-off went to John Fowler’s Santa Claus Club (which distributes food, clothing, toys, and other items within the community throughout the year), while money raised from Saturday’s shindig was for La Montaña School for children with special needs.  The Santa Claus Club was in on the action both days as they also had a “garage-sale” Swap Meet going at the same time to help raise funds for their weekly distributions in the city’s barrios. 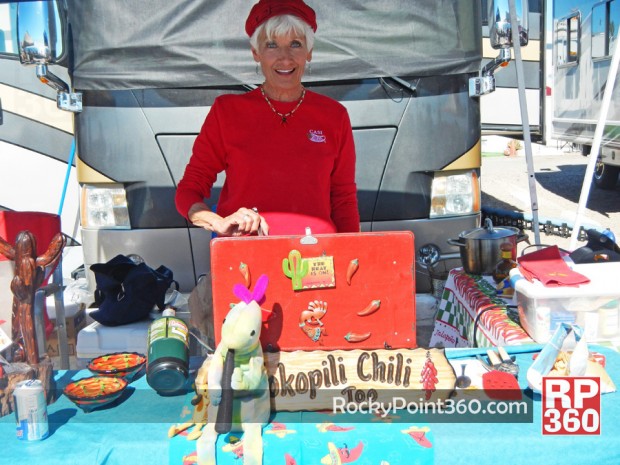 Not one to be left out of the action, when sampling the chili selection in my taster cup on Friday, I jumped at the chance when Sunny of the High Desert Pod asked if I wanted to be a first-round chili judge on Saturday for the “international” competition! Sunny and her husband Ted have been organizers for the Saturday competition for the past three years. On the day of international competition, I arrived just in time to take my seat at chili table B alongside the father-daughter judging pair of Dave and Erin Logue and experienced chili judge Tony McAward (well, experienced in that he and his wife Tina Leonard had been judges the day before), among others. We were each given a plastic bag containing our tasting essentials: about 20 spoons and a napkin. 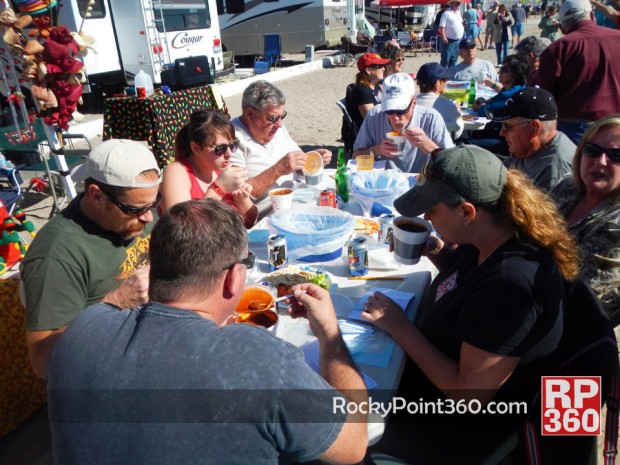 An assortment of palette cleansers were also available, options of which included carrots, celery, cheese, and crackers. We were also free to ask for additional drinks while doing our chili business… Otra cerveza, por favor! Our instructions were clear: each chili would be given to us in a closed container, we were to open each cup carefully, get a spoonful of chili, and quickly cover the container again so as to not let the delicacies cool-off. We had to use a new spoon for each chili that came our way as we evaluated aroma, color, consistency, and of course taste (don’t forget aftertaste) on a scale ranging from 1 to 10 (10 being the highest). I had 12 chili bites in all that day, and while I can recall a couple 8s, and a 7, I think back fondly to that 9….possibly nearing a 10. Granted, as none of the tasting samples were marked to indicate the chef behind the chili, I may never know just whose chili tickled my senses that Saturday afternoon by the shore. After the initial round of judging, top chilis were to move on to a second judging table of real chili sticklers and from there the winners would be crowned.  (Sorry, I don’t know who won as I had to run off to the next happening around town.)

In Mexico, while chiles such as habaneros, serranos, jalapeños or chipotles are more common to our taste-buds than chili, there’s always room for a good bowl of chili…and of course a chili cook-off! 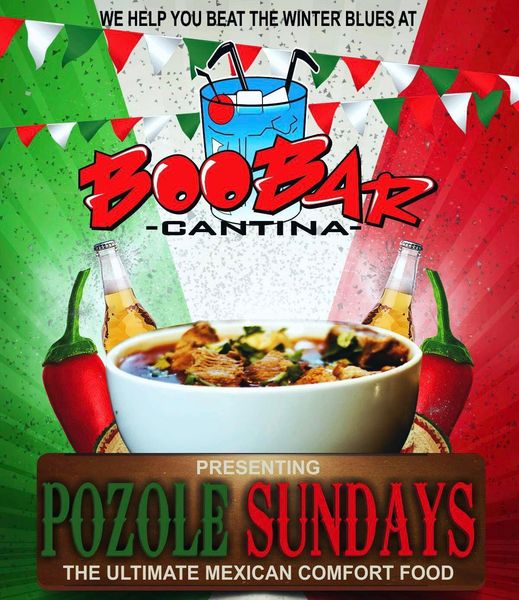