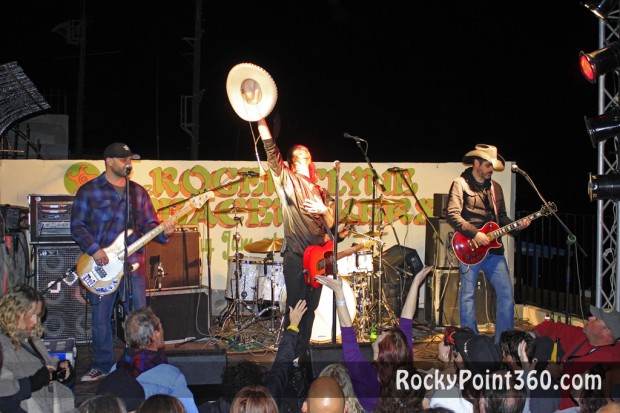 Pull out your sombreros, sweaters, and shot glasses. Roger Clyne and the Peacemakers’ annual January Jam at JJ’s Cantina in Cholla Bay is just around the corner. There’s always a bit of a homecoming feel when Roger and crew make their way to Rocky Point with their six-string rock-n-roll “countryesque” tunes, laced with a smattering of Latin, alternative, and pop influences and un poco de español from time to time. Bienvenidos nuevamente a casa! In getting fans ready to chime in for January Jam VI, RCPM will be debuting several new songs online over the next few weeks with online “viva casts” of live performances. Concert and Mexican Moonshine promoter Greg Ross explains, “They’ll all be unique and hopefully with the help of RCPM’s incredible fan base, expose the band to all corners of the globe via the internet.  The band has committed to keeping them free! (The first of these, a “Cantina Cast” will be broadcast live this Sunday, Jan. 13th 6:30 p.m. AZ time at Cantina-cast on Livestream ). 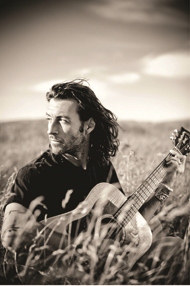 This January, Roger rolls into town first for a show at Wrecked at The Reef, Jan. 25th, with The Hickman Dalton Gang for a night of acoustic music and stories from the threesome, who are also often referred to as the Three Amigos. The Hickman Dalton Gang has been together since 2006 and is made up of Johnny Hickman from the alt-rock group Cracker  and RCPM’s own Jim Dalton, whose additional music escapades include his Denver based group The Railbenders. So, how does The Hickman Dalton Gang music compare to Roger’s own tunes, or to those of RCPM? Ross tells us, “It’s free spirited music, similar but different to RCPM all at the same time.” Before heading to Rocky Point, Johnny will have just returned from a run of Cracker dates and Jim will be immersed in new RCPM songwriting and recording.

Hickman and Dalton’s deep rich tones give a nod to an air of Johnny Cash with a strum here and a twang or drawl there. Tickets for the Friday night (Jan. 25) “Roger solo en Mexico” (though not really solo) are available at www.peacetimegoods.com, with a limited amount of tickets for pre-purchase at Wrecked. Last year Roger’s January solo performance at Wrecked sold out, so be sure to get tickets while they’re still available.

On Saturday, Jan. 26th, in the mid-morning hours before January Jam VI, RCPM is trading in guitars for irons and clubs and hitting the golf course at The Links of Las Palomas for the 1st Mexican Moonshine Tequila Classic. 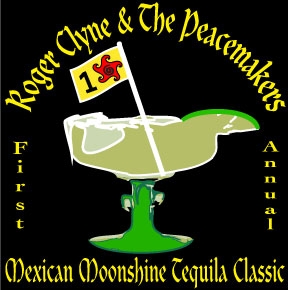 The 9-hole Classic is open to just 72 players and is set for a shotgun start at 11 a.m. Watering holes around the course will offer up shots of Roger’s Mexican Moonshine plus proceeds from the event will go to local children’s charities. More information at: Mexican Moonshine Tequila Classic

As the sun begins to set over Cholla Bay (about 5 p.m.) on the evening of Jan. 26th, JJ’s Cantina will be the stage for the powerful voice of local “mariachi” singer Hernán who will bring “a little more Mexico to January Jam” before RCPM takes over to rock into the night. 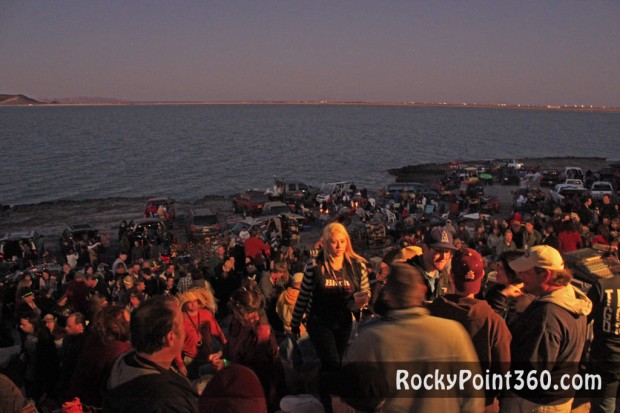 Enthusiastic folk of the RCPM faithful are sure to congregate under serapes and around cerveza stations scattered around JJ’s for a night of music camaraderie alongside this favorite son of the Southwest and hijo adoptado of the shores of the Sea of Cortez.

A perfect size crowd, a band that is willing to take the time over many years to foster relationships with that crowd… a perfect night with a star crusted dome for roof, and an opportunity to cement friendships, what more could one ask for in a short space of four or five hours?  ~ William Hindenburg, Chicago IL  (circusmexicus.net)

Plus, look for Roger to debut his third Mexican Moonshine tequila this year with an Añejo version to accompany the original Reposado and Silver. That will surely keep everybody warm as we jam by the sea at JJ’s!

Jan. 25th: Roger solo en Mexico with The Hickman Dalton Gang  9 p.m. Wrecked at The Reef $20 US at www.peacetimegoods.com

Jan. 26th: January Jam VI starting around sunset (approx. 5 p.m.) with Hernán and then RCPM  $25 US at www.peacetimegoods.com

Tickets and info: www.azpeacemakers.com, www.peacetimegoods.com  Be sure to check out the new www.CircusMexicus.net site for all things RCPM and Roger in Mexico!