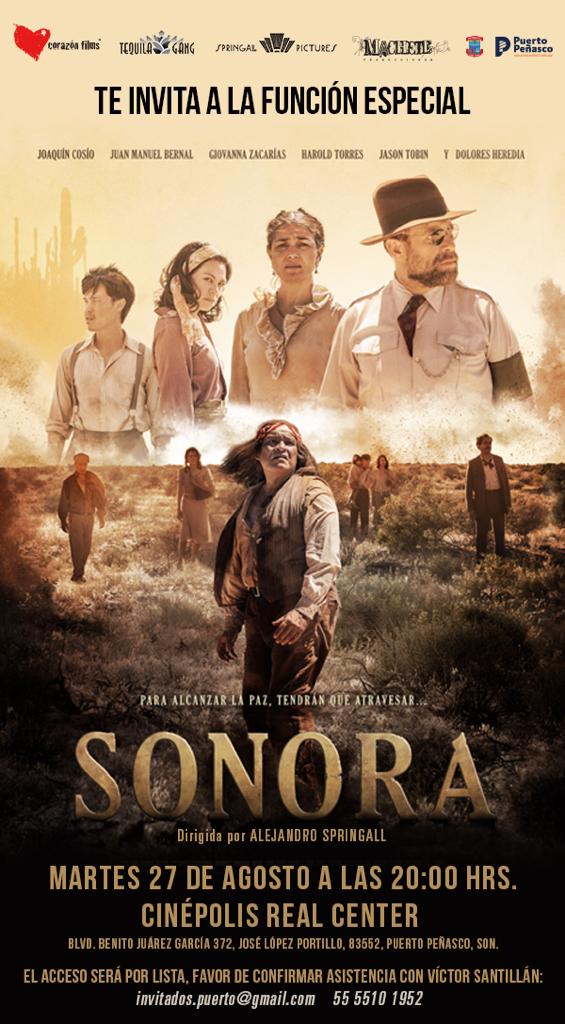 Puerto Peñasco historian, chronicler, and author Guillermo Munro Palacio was warmly embraced by applause and well-deserved recognition on Tuesday evening, Aug. 27th, at the local premier of the film Sonora, based on his novel La Ruta de los Caídos (The Route of the Fallen). 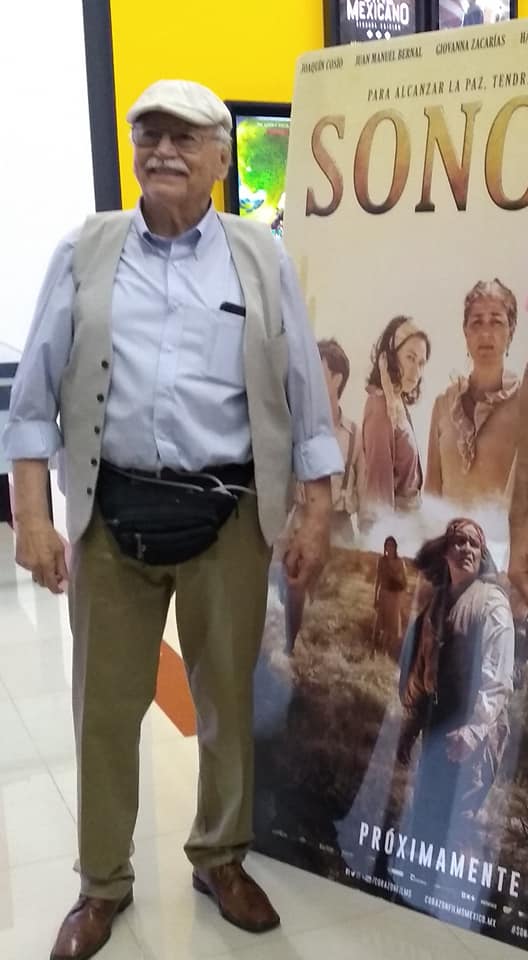 Family, friends, and invited guests who filled two theaters at the new Cinepolis complex were surrounded by the film’s spectacular images of locations highlighting the Pinacate and Grand Desert of Altar, along with other sites in Sonora.  With this as backdrop, the story unfolds among xenophobic and racist campaigns against the Chinese community in Sonora during the early 1930s, not to mention a time of prohibition in the U.S.

Guillermo Munro stated he was pleased to finally see his work on the big screen, highlighting the tremendous work of directors, producers, and actors.

He praised the work of the more than 100-person team that took part in the filming of the movie based on his book, recreating scenes from the 1930s that in many ways do not veer from current social contexts. 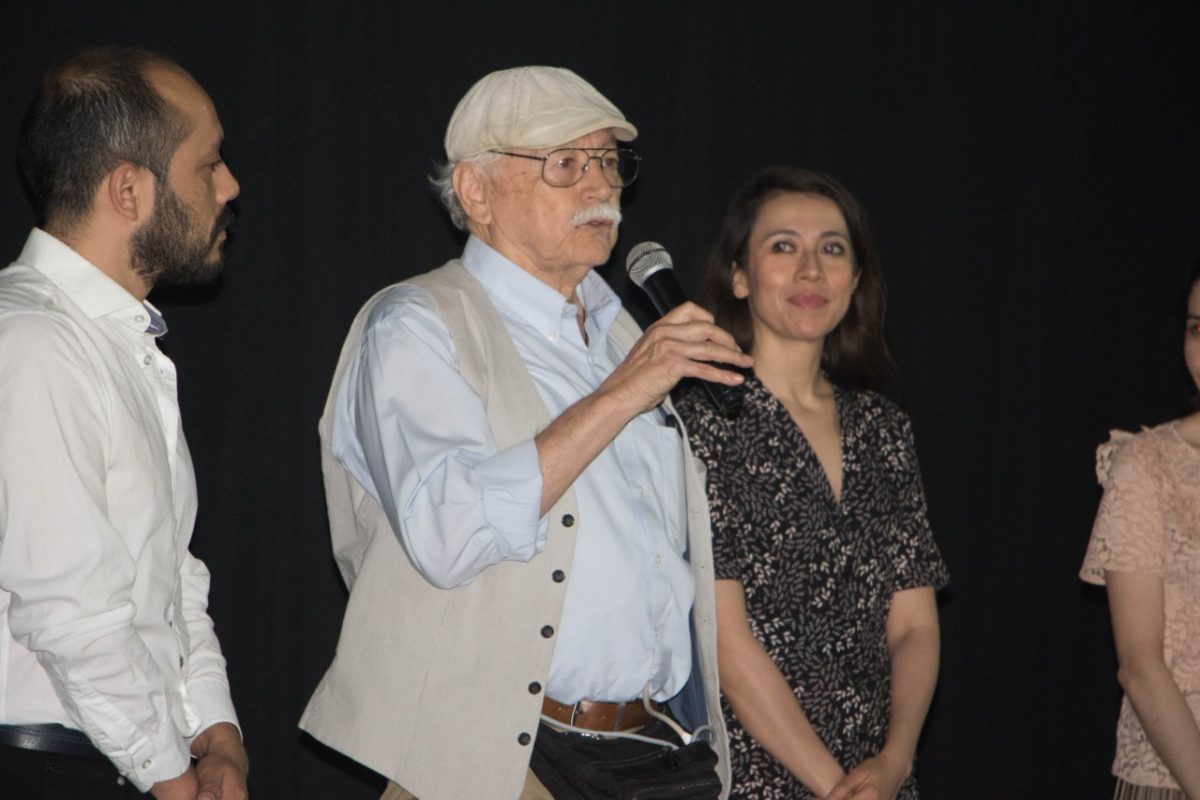 Edher Campos, of Machete Productions, stressed the importance of the premier of “Sonora” in Puerto Peñasco, particularly as the place of origin for the story that unfolds on screen.

He emphasized, during filming in the summer of 2017, the State of Sonora provided its absolute support through the Tourism Promotion Office as well as the municipalities involved. 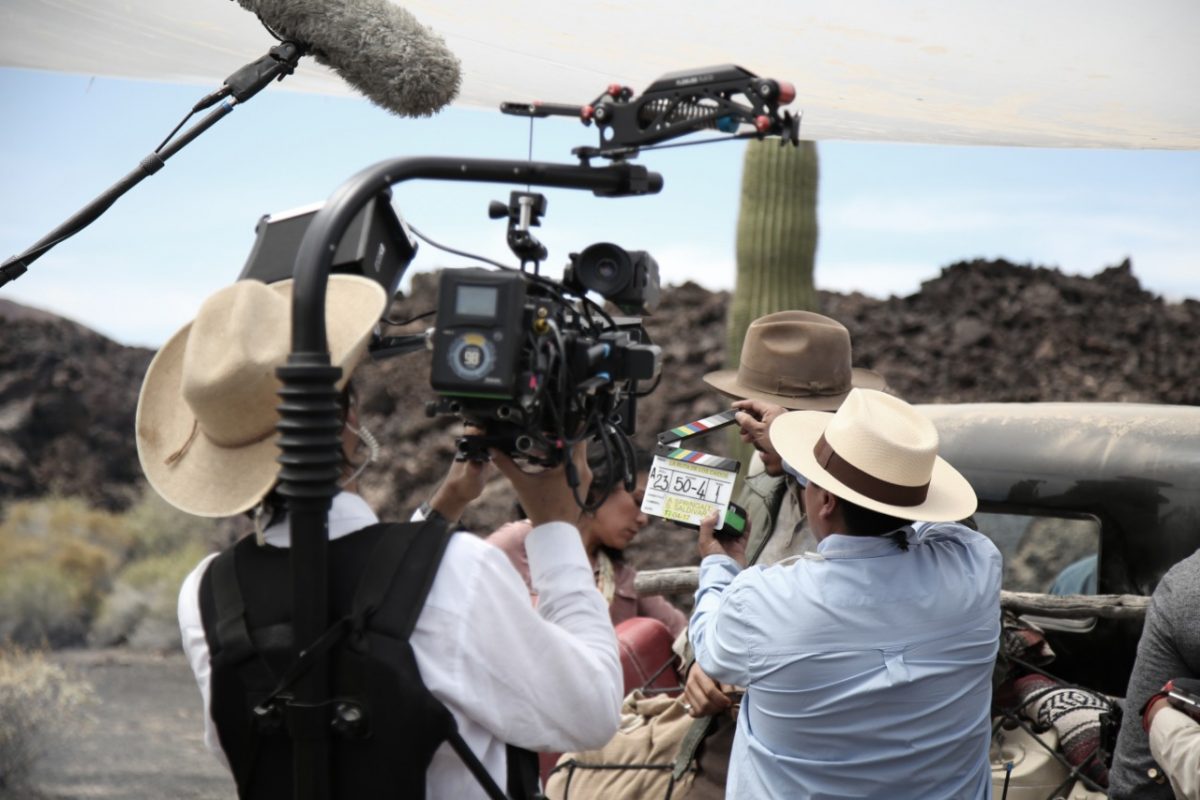 “Sonora” illustrates xenophobia of the time

In a page seemingly out of the same book as current anti-immigrant initiatives along the US-Mexico border, Sonora in the 1930s manifested its own anti-immigration sentiment, at that time towards the Chinese community.  This included hate, xenophobia, and racism, and even expulsion from the state.

In the film “Sonora,” based on the novel “La Ruta de los Caídos” by Puerto Peñasco author Guillermo Munro Palacio, which premiered locally on August 27th and will be released to theaters across Mexico on September 6th, Director Alejandro Springall invites audiences to reflect on these topics.

“It was a very particular time in history, because the Great Depression was occurring on the U.S. side and then President Herbert Hoover closed the border, prohibiting (Mexican) vehicles to travel along US highways,” he explained.

“On the other hand, in Mexico,” he continued, “Sonora had become a type of laboratory trying out certain policies that, from my point of view, flirted a bit with socialism of Rodolfo Elias Calles.  That is when the expulsion of the Chinese from Sonora took place.  The Chinese community had to cross the Altar desert, through the volcanic zone of the Pinacate, to reach Baja California where they believed they would find some peace.”

Filmed in the intense Sonora summer heat of 2017, the epic western genre film “Sonora” hits theaters in Mexico on September 6th. The film will be released in 20 cities across Mexico, with a distribution of 300 copies of the film.  Cast members include Dolores Heredia, Juan Manuel Bernal, Joaquín Cosío, Flavio Medina, Jason Tobin, Rafael Cebrián, and Fernando Becerril, among others. 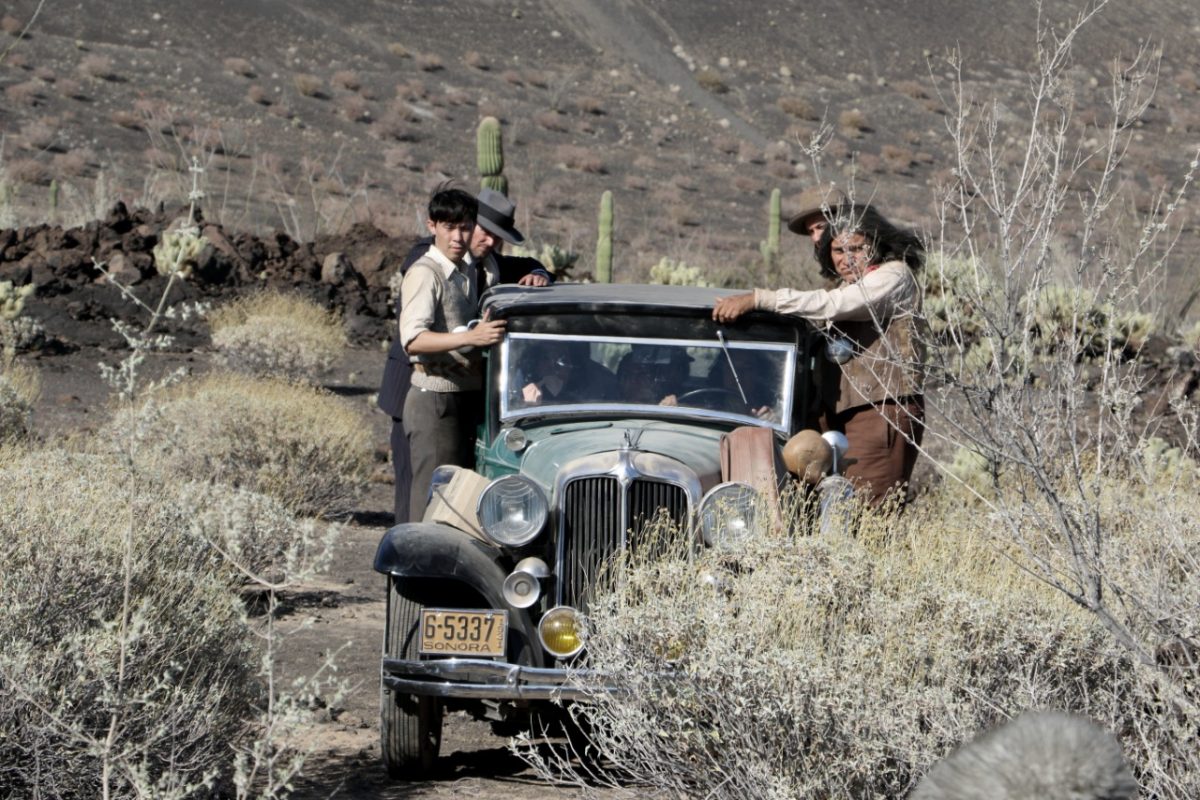