Puerto Peñasco is becoming a popular spot for bands! In addition to an array of local talent, the area continues to welcome late into the night banda music from across Mexico, the soothing sounds of trop-rocker Mark Mulligan, and Americana rock rhythms of Roger Clyne and the Peacemakers, among others. After last Saturday, Puerto Peñasco may consider counting on some additional Tucson swagger within its list of frequent visiting minstrels, The John Coinman Band. 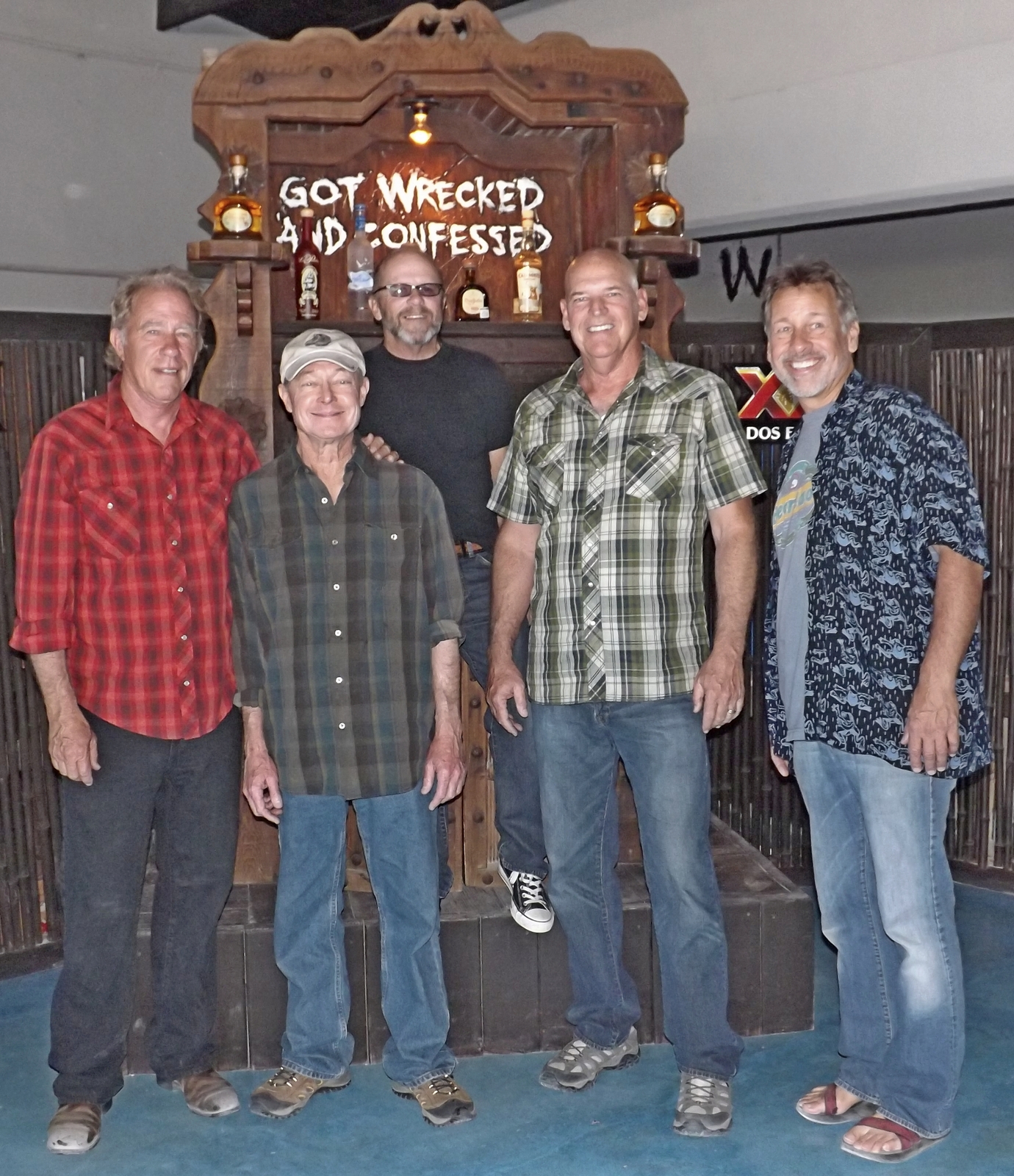 We caught up with the Tucson based John Coinman Band during sound check on Saturday evening, May 10th at Wrecked. They had made their way to Puerto Peñasco off the invite of their drummer (who also has a place here on Sandy Beach).  The band, made up of John Coinman (guitar and lead singer), Blair Forward (bass player), Neil Harry (steel guitar), Peter McLaughlin (guitar), and Larry Cobb (drums) has been playing together for over 6 years and can often be found playing with Tucson’s Rhythm & Roots concert series.

John: It’s the John Coinman Band primarily because although all of us write and contribute to this band, I have maybe just a little bit more visibility as a performer.

John’s gleaming blue eyes, with stories of the southwest etched across his sun drenched skin, reflect a kind humbleness when expressing the last line, “…a little bit more visibility as a performer.” Coinman is an award winning singer/songwriter signed by Nashville and Amsterdam based Corazong Records, with a number of songs that have ended up in films. He also served as Music Supervisor on the film Dances with Wolves and tours with Kevin Costner’s band Modern West.

RockyPoint360: Yes, I understand a number of you also play with Kevin Costner’s band, Modern West?

John: Larry (on drums) and I, and the bass player all play with the Kevin Costner band… for the last 8 years.

360: Is this kind of like testing the waters to see about coming back down?

Larry: We’ve been talking about all of us just coming down and playing somewhere, just to get away, and we love Puerta Privada and Sandy Beach and we’ve been coming down for years and it just sounded like a good idea to come down. … Mary (Snyder) has been so sweet in helping us put this together.

360: I understand tonight you’re going to do one set?

Larry: Yes, for about an hour. 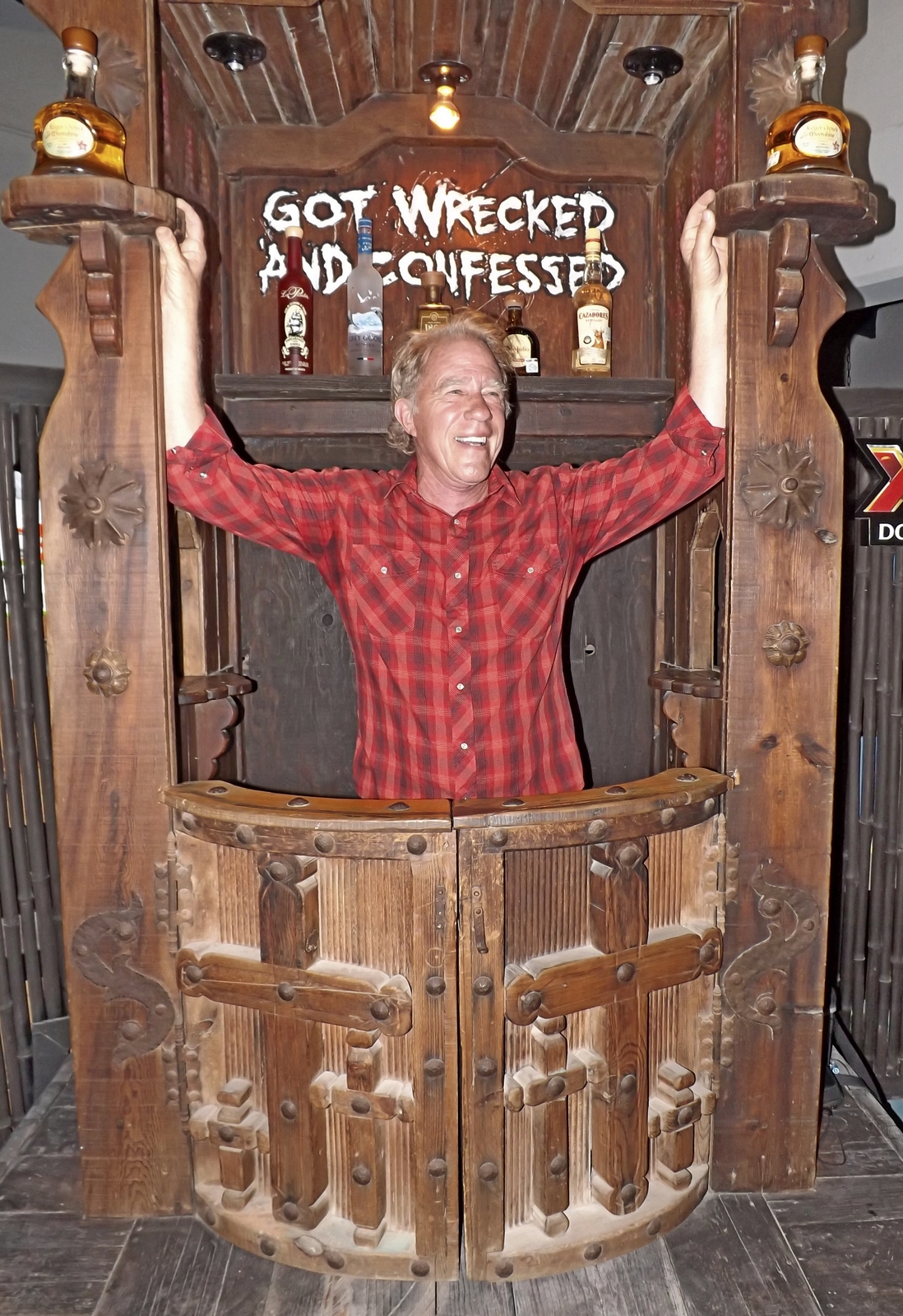 360: You know, one of the big concerts of the year each year is Roger Clyne & the Peacemakers.

Larry: Yeah, he’s done a great job of developing a fan base here – you know with his Phoenix fan base coming here, so it can be done.

John: I’ve been here a couple times, courtesy of Larry, but I came here years and years ago – before Sandy Beach was even the way it is now. It’s really a fun trip for us because it gives us a chance to get some exposure here.

Larry: To play, I don’t know, it’d probably be Fall.

360: Are there any particular ways you would describe your background and music currently? 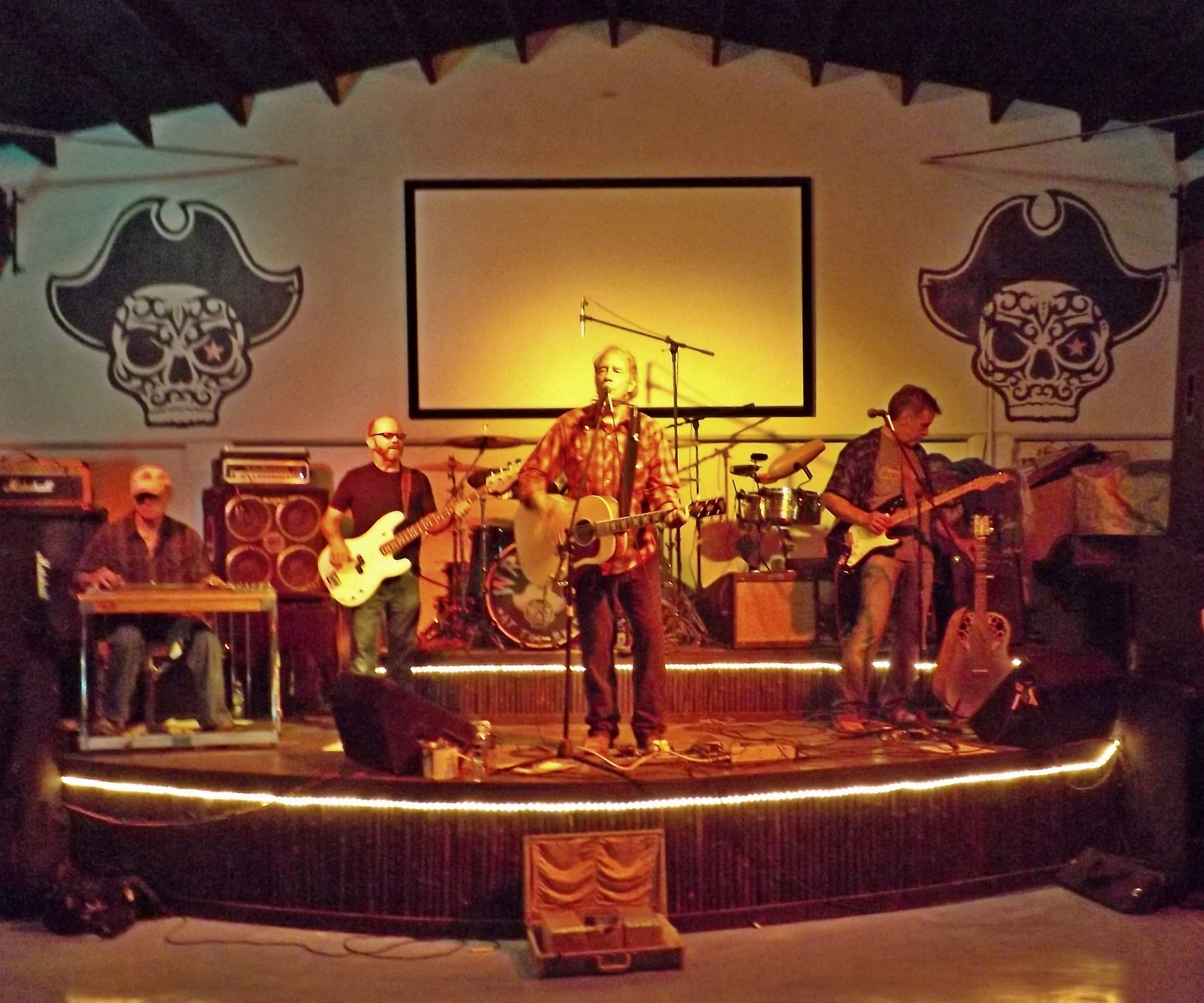 John: Well, our music has been described as “rock ´n roll with a Southwest patina” …like the color on an art piece, with a little Southwest color to it. We’re kind of like a singer/songwriter type band, we focus a lot on lyrics but we rock out! We have a big following in Tucson and there’ll be quite a few people that’ll show up from Tucson.

Larry: For the Fall, we’re kind of looking to support the community and to come back in a time that we know people will be ready to start coming back after the summer. Maybe not a prime weekend, when there’s already people, but kind of like this – it’s kind of in between – Mother’s Day is good but they (local businesses) could use a little bump.

360: Great! Well, I hope this is a good introduction to here and a good weekend!

John: I think it will be.

One Club Open May 17