First turtle to lay eggs in Puerto Peñasco this season; nest is removed for artificial incubation

The first sighting of a sea turtle laying its eggs on the beaches of Puerto Peñasco was registered at the beginning of this week in the area of Mi Playa, next to CetMar high school. 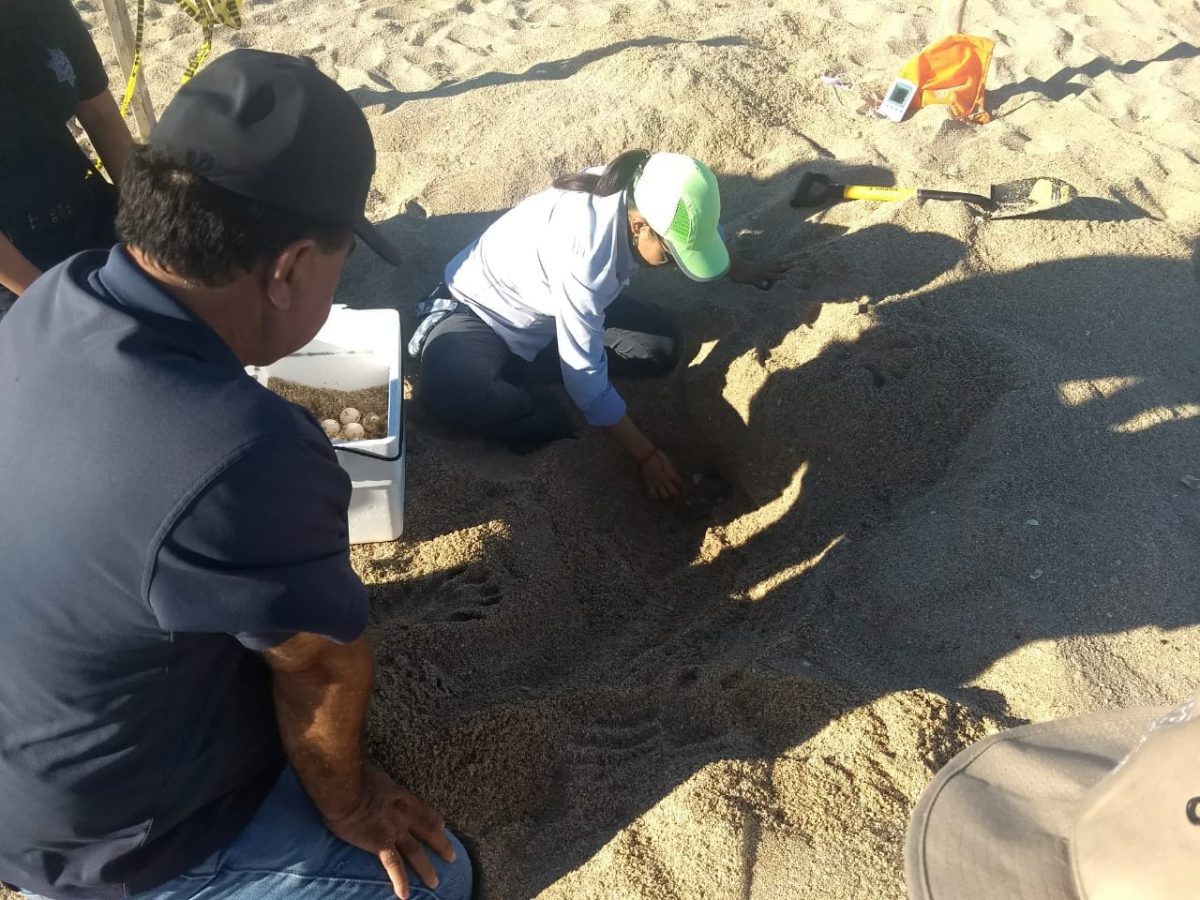 Cesar Garcia Gonzalez, Coordinator for the Federal Maritime Land Zone (ZOFEMAT), explained following a report made to Public Safety about the possibility of a sea turtle laying eggs on the beach, security guards from Las Conchas were dispatched to mark the area and provide safety for the turtle in guaranteeing its return to sea.

Garcia Gonzalez highlighted this is the first sighting of a sea turtle nest for the 2018 season.

As in past sightings in recent years, Itzel Cardenas, biologist with the Vidanta Group, was on site to assist and remove the eggs for incubation.  The decision to artificially incubate the eggs was made due to the vulnerability of the nest. 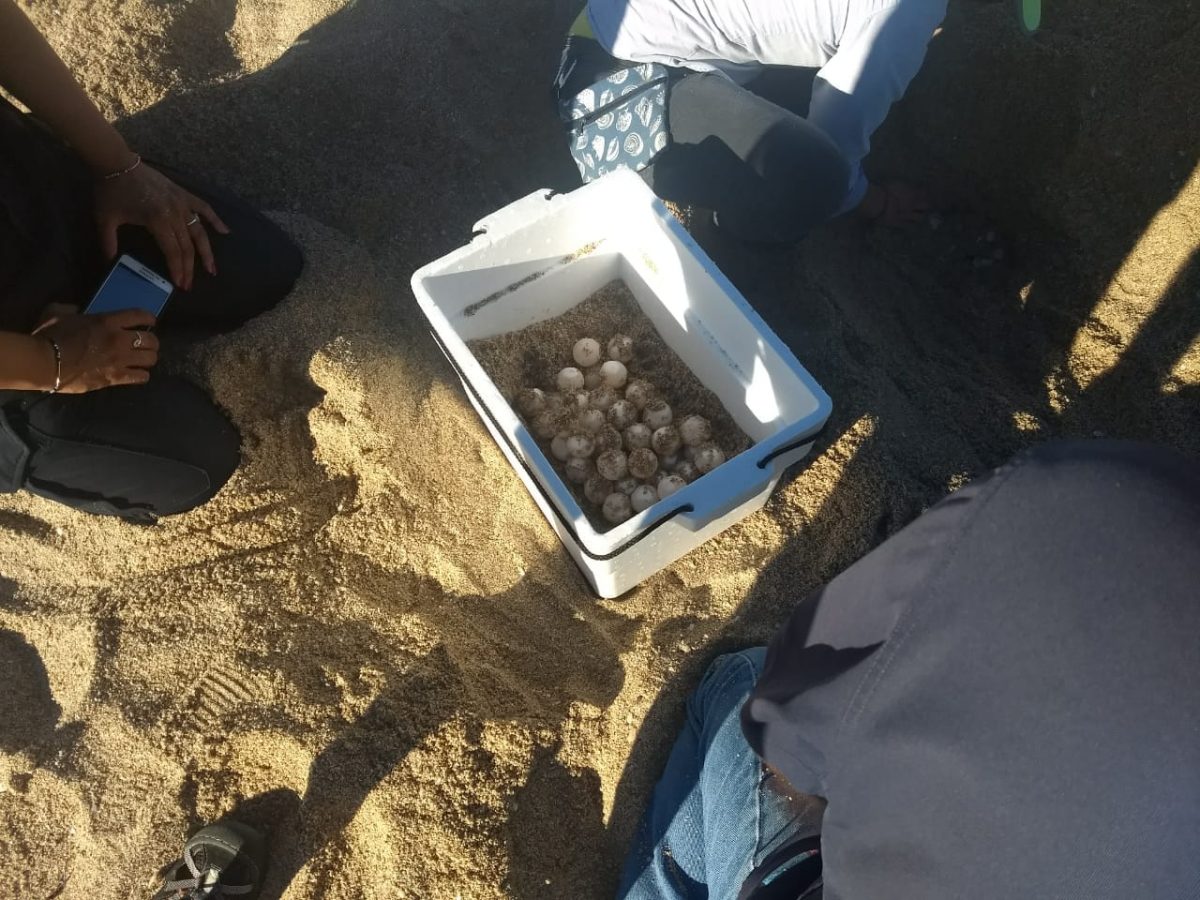 Several groups and authorities are collaborating to ensure guidelines meant to spot and protect the turtles’ arrival and nesting are met. These include: Profepa (environmental authorities), Vidanta Group, CEDO, and the Clean Beach Committee.  In addition, all of the resorts are also keeping a watchful eye in case any sea turtles decide to visit their beachfronts.

Cesar Garcia reminded everyone of how last year, in 2017, Puerto Peñasco had a historic season in sea turtle nesting and protection. Last season saw the release of close to 400 baby turtles, as well as collection and incubation of more than 700 eggs found at Sonoran Sun, Las Conchas, Las Palomas, Las Palmas Bella Sirena, Esmeralda, and Mayan Palace, among other areas.