On Tuesday, Nov. 18th, Canadian filmmaker Lisa Ovies put the finishing touches on an intense week of sharing her craft through workshops, press conferences, and the presentation of both a short and documentary that she has produced. The week wrapped up on the porch of Puerto Viejo Café with the presentation of the short film “…..” during the 66th edition of CineMartes. 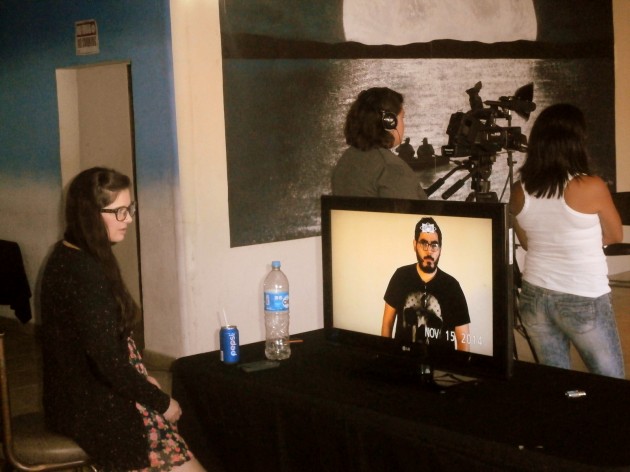 The filmmaker, producer and actress of Mexican roots traveled to Puerto Peñasco from Vancouver, Canada in order to share her skills during a 10 hour acting and casting workshop, participants of which included youth and others interested in artistic activities and those related with film.

Lisa’s overflowing energy and lively character captivated all who took part in the workshop, as well as the public who were able to enjoy her cinematographic productions and openly welcomed Lisa’s work. 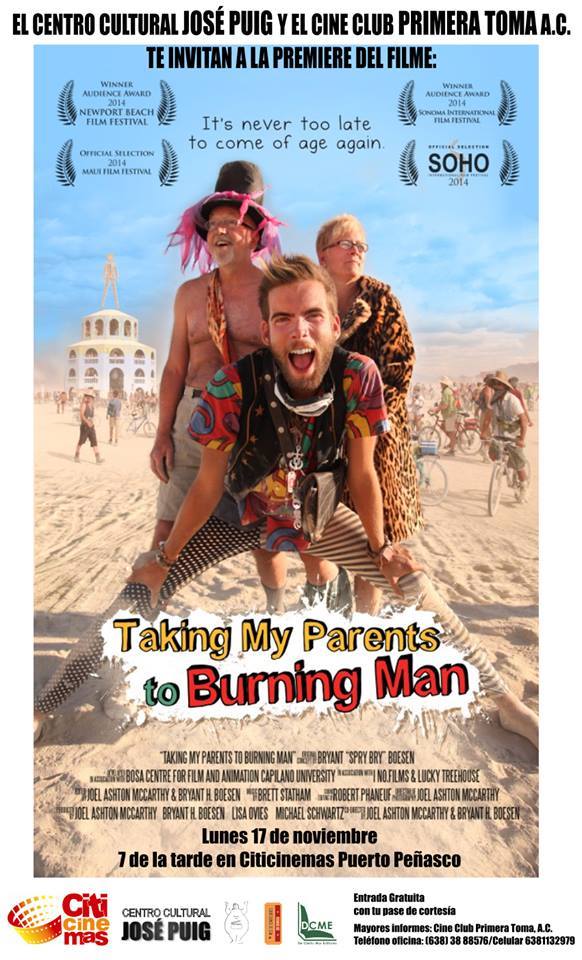 Part of the week’s worth of activities included presentation of the documentary “Taking my Parents to Burning Man” at CitiCinemas. The captivating documentary follows the odyssey of a family on their way to Nevada’s large festival of music, art, and self-expression. On Tuesday, Lisa presented the short musical “Bedbugs: A Musical Love Story” at the now traditional CineMartes Art Film Night at Puerto Viejo Café, followed up with a Q&A period that closed out activities of her visit to Puerto Peñasco. 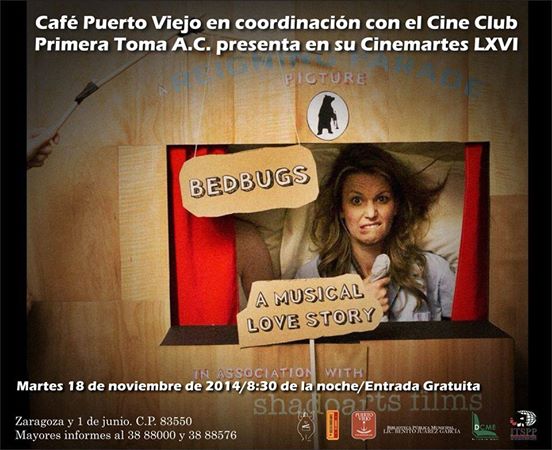 Ovies’ visit was made possible from an idea of Maru Zacatelco (personal friend and former coworker of Lisa Ovies, who served as translator throughout Lisa’s visit). Zacatelco joined up with Nina Mier and Socorro González of CineClub Primera Toma (First Take Film Club) who helped with promotion, organization, and finding sponsors to make Lisa’s visit a reality.