Puerto Peñasco mayor Kiko Munro reviewed construction progress on the fishermen’s wharf near the entrance to Old Port, popularly known as “La Bajada de los Pescadores.”  Nearly 5 million pesos have been invested into the project, which will directly benefit fishermen in the area and dignify their working space. 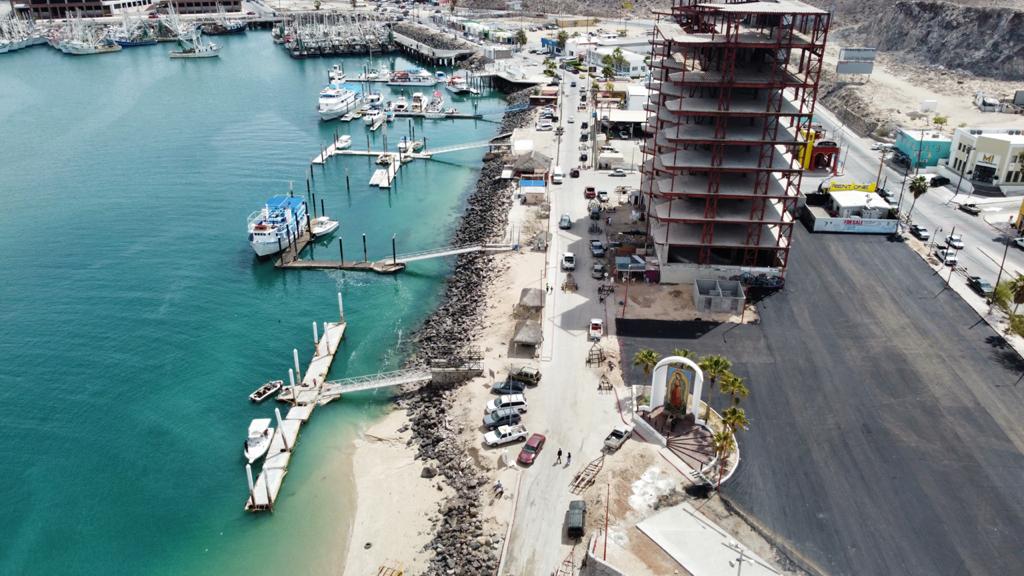 The mayor detailed the project, made possible through State resources, consists of hydraulic concrete along streets, an asphalt parking lot, perimeter wall, bathrooms, and a public lighting system.  This comes as a result of calls upon the Mexican Government, Senate of the Republic, and local federal representatives to act on behalf of fishermen.

Mayor Munro expressed his administration’s ongoing interest to continue seeking solutions to problems that local fishermen face daily. These concerns include elimination of a fiscal stimulus from a Special Tax on Production and Services (IEPS) regarding marine diesel, coastal fuel, and a US shrimp embargo.