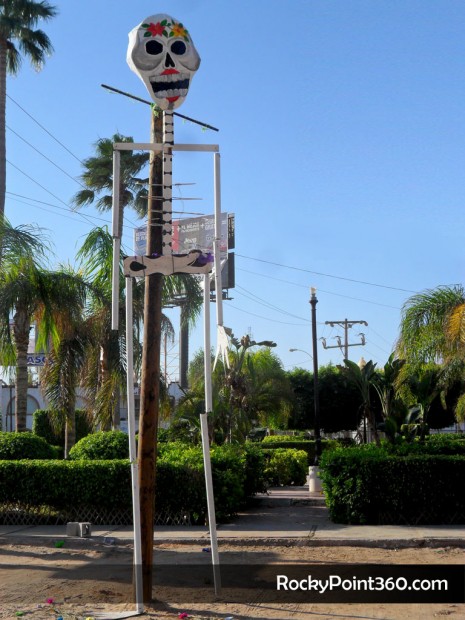 Beginning on the evening of Nov. 1st, colorful altars commemorating deceased loved ones began to appear across Puerto Peñasco. The local office of Civic Action and Culture even held a contest for schools to display their most creative altars in honor of Day of the Dead. Though I missed the contest on the evening of the 1st, where the altars were set up in the parking lot of the Municipal Library in front of City Hall, today when I went by I caught the remnants of cardboard tombstones still on display. An immense papier-mâché skeleton hovered nearby, having kept careful watch over the tombs through the night.

I made my way to the principal cemetery of Peñasco (just behind Socoada on Simon Morua) and was there early enough to watch vendors setting up colorful fresh flowers and wreaths just outside the entrance. There were also those with flowers made from corn husks, alongside others selling food and drink. 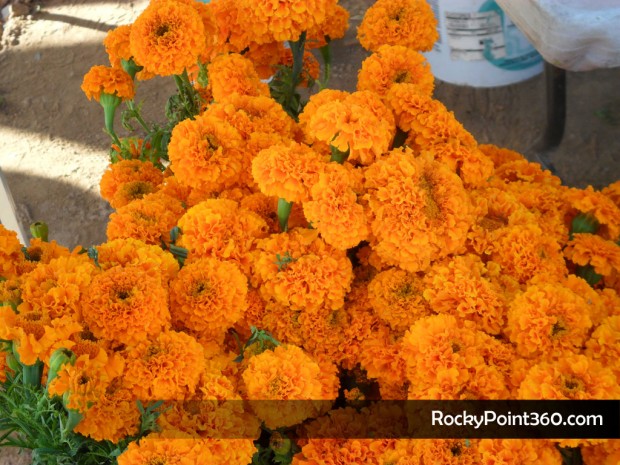 Within the cemetery, numerous families were already busy cleaning the ground around tombs, repairing or cleaning fences encircling their loved ones, or simply replacing flowers that had been placed there before. I was particularly struck by an older gentleman, there apparently by himself, who was carefully tending to a single weather-worn wooden cross. He carefully removed a few rocks from the site and busied himself with a wreath and some stray flowers he found nearby. 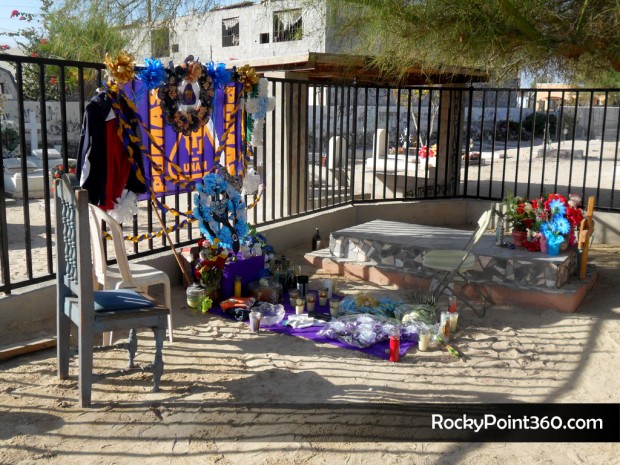 At other graves, families were repainting crosses or arranging bouquets before sitting down on chairs next to the departed in order to continue celebrating the day.  Walking through the cemetery there was further evidence of loving celebrations from the evening before – from All Saints Day (or rather, a day dedicated to children who have passed away). At one site, there was a moving showcase of items depicting a young boy’s favorite soccer team along with candles, sugar skulls and the traditional Pan de Muerto (Day of the Dead bread).

While here in Puerto Peñasco the celebrations of Day of the Dead may not eclipse the wondrous altars or colorful figurines found in other parts of the country, the celebration of life during this truly Mexican traditional holiday can surely be felt!  As for the altar contest? We are waiting to hear who won…. 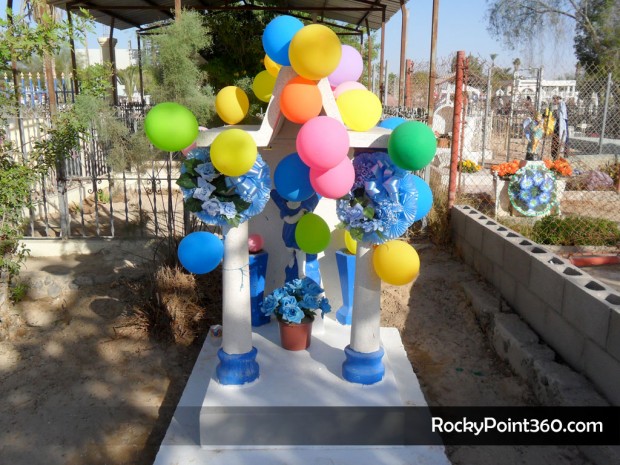