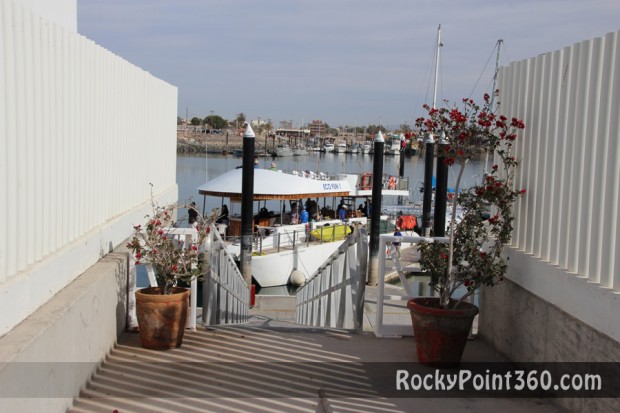 Looking out into Puerto Peñasco’s harbor, the attractive EcoFun1 catamaran is a welcome addition to the boats docked just beyond the towering masts of the city’s shrimping fleet. Following the boat’s exciting voyage earlier this year across the seas from Puerto Vallarta, the boat’s captain, crew, and the entire local Rocky Point staff from EcoFun have many heroic tales to share. EcoFun is a relatively new local adventure company! During the week, EcoFun can be found at Mayan Palace where they offer sea, sand, kayak, and land escapades to hotel guests. Beginning this Spring, their seaworthy traveler “EcoFun1” will depart from the city docks for evening sunset cruises, as well as for day-long trips out to Isla San Jorge (also known as “Bird Island”).

Isla San Jorge (Bird Island) is a small gathering of islands located about 1½ hours by boat from Puerto Peñasco’s docks (just under 30 miles). As its name alludes, its rocky landscape is dotted with the silhouettes of a variety of birds that flock to the area, or skirt across the waters surrounding it. It is also home to a tremendous number of seals and sea lions who welcome everyone to the area with a symphony of barks and howls, calling after each other playfully while dominant bulls bravely guard the beaches. 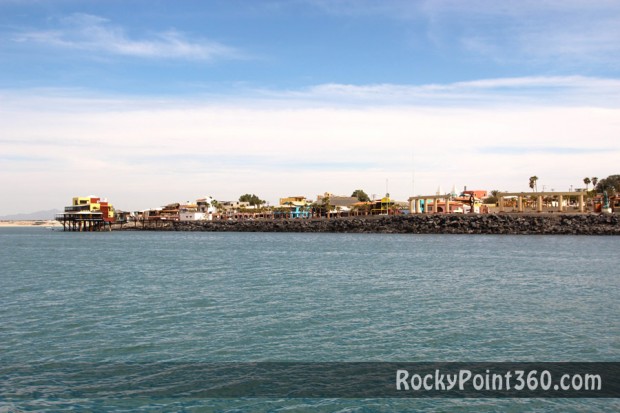 Under a wistfully cloud dotted Puerto Peñasco sky, I recently boarded EcoFun1 just before it departed from the city’s docks and made its way out into the Sea of Cortez for a day long adventure. Seagulls and pelicans lined the neighboring docks as we sailed out into the calm waters; looking back we could see the colorful storefronts that hug the malecón as we ventured out further, around Whale Hill and along stretches of beach…the Mirador, Las Conchas, Morua estuary, then Playa Encanto, and down toward Mayan Palace. Small fishing boats came into view, with groups of fishermen pulling up lines that were marked in the water with homemade buoys, through which the captain carefully maneuvered the ship.

As we darted across the water toward Bird Island, the brisk wind enveloped everyone huddled in lively conversations as we enjoyed snacks and drinks aboard. On the top deck, a camaraderie of sorts had drawn people to stretch out in spots blocked from the ocean breeze; the captain slowed the engines at one point in response to exclamations of dolphin sightings off the starboard side.  Nearing the castles of rock in the distance, white from guano, which mark out the kingdom of Isla San Jorge, the sun began to peek through the remaining wisps of clouds and a seal chorus could be heard in the distance. 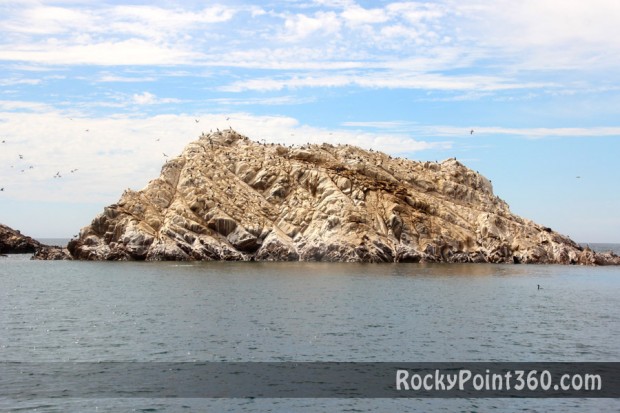 The white rocky towers of the island were speckled with birds while sea lions and seals jumped playfully around the edge or lay basking in the day’s sun; the chorus continued with short intervals of loud cries as bulls marked out their territory and others called to young pups darting to and fro in groups. Soon, kayaks were lowered into the water from EcoFun1’s decks and we took turns navigating through the sea kingdom before us, making sure not to get too close to the bulls who would hastily warn whoever came too near. 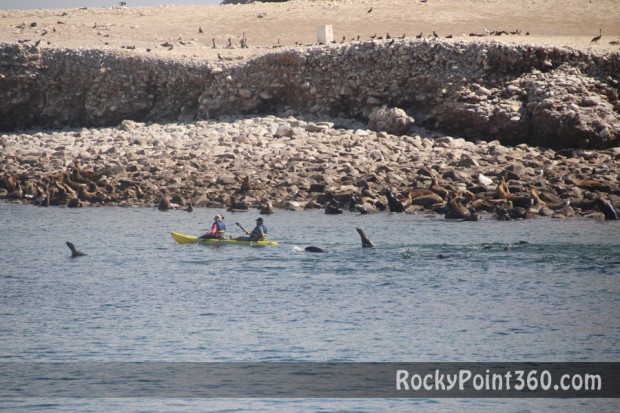 Schools of seals quickly formed parades behind the kayaks, jumping up out of the water and glancing over to inspect us before diving back down into the sea’s depths. Sentinel bulls sat a short distance from the beach, watching over their domains and proclaiming their authority through deep guttural howls.

As we floated just off the shores of Bird Island, the sun came out in full force, though in early March the waters were still a bit cold for snorkeling. A lunch provided on the boat helped renew the energy of those who had set out in kayaks, while others enjoyed lounging on the boat’s decks under sunny skies with the cacophony in the background. Among the adventurers of the day were people of all ages, from the delightful playing of toddlers to the meditation and sharing of stories from seniors, and everyone in between.

After approximately two hours around the waters of Bird Island, we bid adios to the seals, sea lions, and birds and began the journey home across a mirror-like tranquil sea. Along the way, we could catch brief outlines of dolphins jump out of the water, while in another spot we came across a colony of seals making their way perhaps back to the Island, or maybe off for a day of adventure on their way to the estuaries. 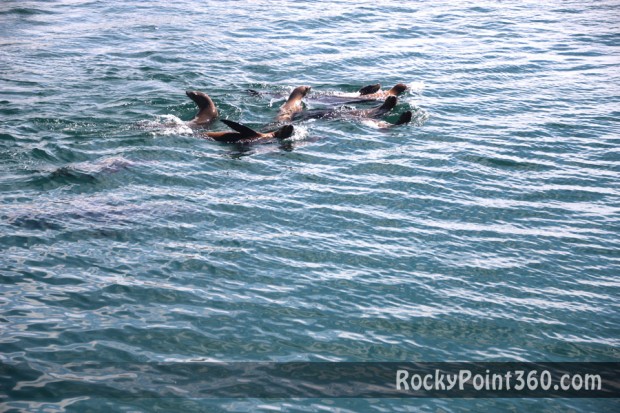 The trip back to Puerto Peñasco did not seem as long and suddenly we began the final approach around Whale Hill as the city’s malecón was once again in view. Another few hours and the sun would be going down, though streaks of light marking the day’s end could already be perceived along the horizon. In returning to the docks, the tide had gone down and the boat was carefully guided back in through use of a smaller boat that accompanies EcoFun1 wherever it goes, generally bouncing along the waves behind it as it sails out to sea. The entire trip had lasted approximately 5 or maybe 6 hours, though the echoes of Bird Island and the image of seals jumping about will remain etched in my mind forever.

EcoFun1 joins a number of other boats and services in the area that offer unforgettable experiences to explore the Sea of Cortez around Puerto Peñasco.  For more information and reservations, contact: ecofunrentals@gmail.com  cell: (638) 110-5313 and look for them on Facebook EcoFun Rentals. Their site  www.ecofunrentals.com will soon be up and running. Thank you Maru and all our amigos from EcoFun for a truly amazing experience!!!  Don’t miss our Bird Island adventure trip gallery!