Oct. 19, 2017. Awareness training courses recently undergone by coastal fishermen and security personnel from area resorts highlighted the importance of caring for sea turtles, from arrival to nesting on area beaches through incubation and hatching of the young. This comes after an unprecedented number of turtle nests in the area this year, and the collection and protective care of over 500 eggs, and following the first release of 28 baby turtles just last week.  ZOFEMAT municipal director Luis César García González detailed the training was developed in coordination with the Clean Beaches Committee, PROFEPA (Federal Environmental Protection Agency), CEDO (Intercultural Center for the Study of Deserts and Oceans), and the Vidanta Group.  The training was led by biologists Paloma Valdivia and Itzel Cardénas, of CEDO and the Vidanta group respectively.

Oct. 19, 2017.  Claudia Lugo Gámez of the Corceles del Desierto de Sonora Association, which holds equine-assisted therapy in Puerto Peñasco to children with special needs, reported the program recently received two additional children and now provides care for 14 young riders.  She remarked adding the two children, who had been on a wait list, was made possible following the recent “Grand Little Riders” fundraiser, held Oct. 14th. Nearly 300 people attended the event, held at the San José Ranch just off the highway toward Sonoyta, which included dinner prepared by the riders’ families, along with about 100 raffle prizes!  Lugo Gámez remarked there are still about 6 children on the waiting list for equine therapy sessions, inviting anyone interested to inquire about sponsoring a scholarship opportunity.  Equine therapy sessions are held Thursday afternoons throughout the year (except for a brief summer break) at the San José Ranch. 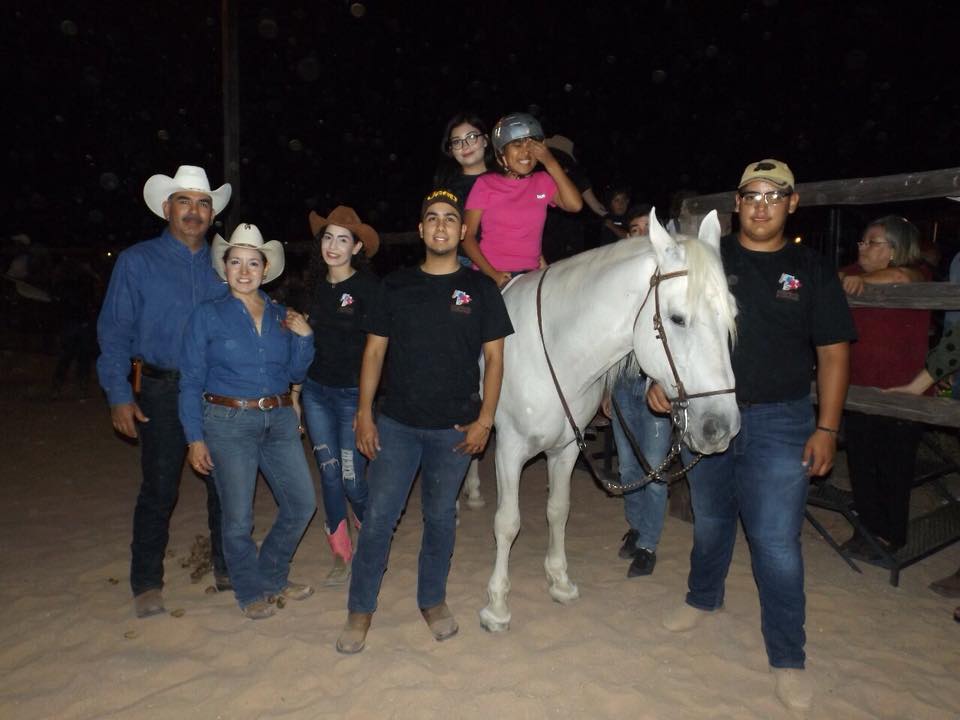 “Connecting with my beach” aims to promote awareness

Oct. 18, 2017.  The local administration recently held a “Connecting with my Beach” event, with the goal of promoting awareness in caring for the planet, wildlife, and particularly for Puerto Peñasco’s beaches in sustaining the area´s clean beach certification. Students, teachers, beachside vendors, and tourism providers all took part in the program, during which Mayor Kiko Munro invited all to join upcoming beach clean-up campaigns.

Oct. 16, 2017.  Tests on a second wind turbine at the Puerto Peñasco wind farm are scheduled for late October, as more families seek to benefit from the “Energía Sonora” program.  Energía Sonora, A.C. President Antonio “Toño” Astiazarán explained the new generator, which is in the final phases of assembly, will provide subsidized service to 10,500 families across Sonora registered in the program.

It is estimated this second wind turbine, Gamesa G114 of 2WMW, will generate approximately 7000 Kw/Hr annually. In addition, this will be the tallest wind turbine in Mexico at a height of 120 meters, and a rotating diameter of 114 meters. Each blade measures 55.5 meters long.

Oct. 2017. In early October, Mayor Kiko Munro visited with members of the Northern Mexico Franchise Association in Hermosillo, inviting them to the 2017 Business and Franchise Gathering to be held in Puerto Peñasco on Nov. 15th.   Approximately 30 regional and national franchises are expected for the November meeting, as well as two master lectures and stands set up by the State Secretary of the Economy, FIDESON, Economic Development Office, and the Entrepreneurial Institute, among others.