The solar eclipse on Monday, August 21st,  which may be viewed in totality across parts of the United States, will be partially visible in Puerto Peñasco and across Sonora at approximately 10:30 a.m.

Mexico will have to wait until April 2024 to view a full eclipse, according to NASA, though this year’s August 21st eclipse may be 50% to 70% visible in the northern Mexico states of Sonora,  Durango, Baja California, Chihuahua, Coahuila, and Nuevo León. 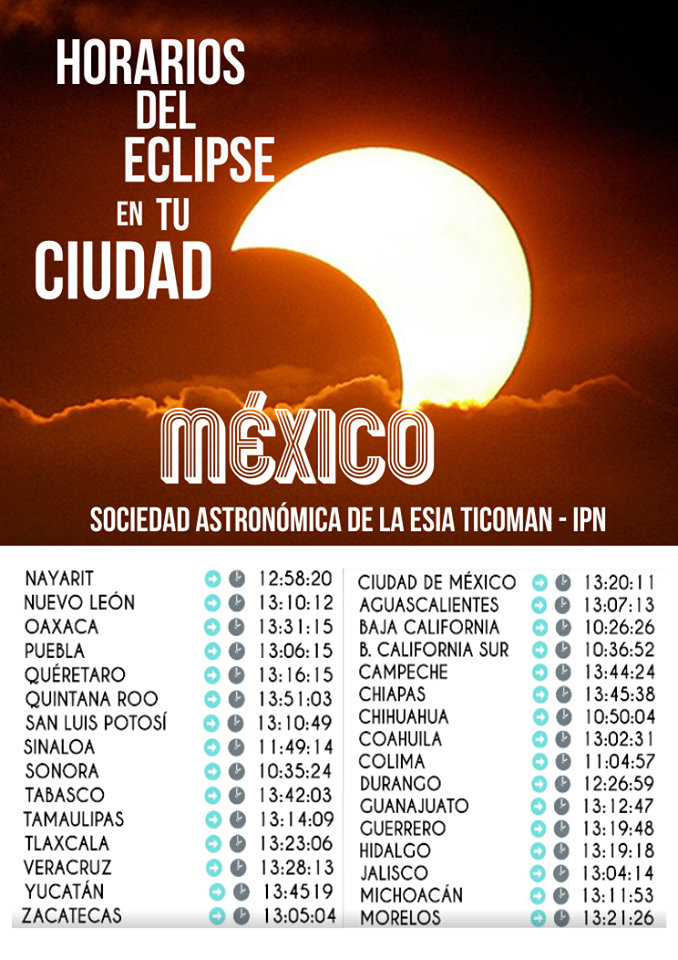